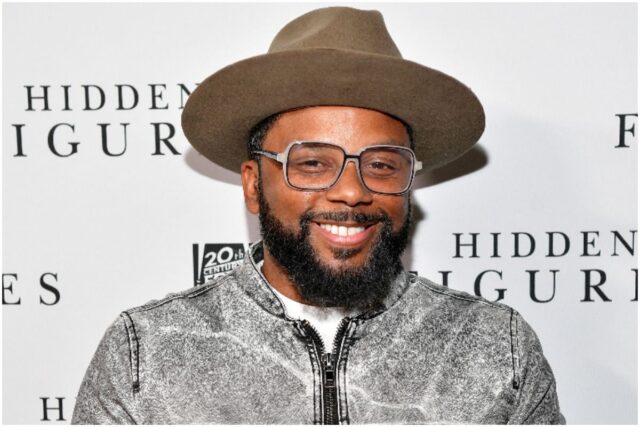 Carl Anthony Payne II is an American director, actor, and producer, who is best known for his role as Cole Brown on the FOX network TV series Martin.

From 1986 to 1987, Payne performed in The Cosby Show, a sitcom detailing the lives of an upper-middle-class African-American family living in Brooklyn.

In 1991, Payne made a guest appearance in one episode of Quantum Leap. In the same year, Anthony portrayed Wishbone in three episodes of True Colors, a TV series created by Michael J. Weithorn.

From 1992 to 1997, he portrayed Cole Brown in “Martin” – a television show that was created by star Martin Lawrence, along with Topper Carew and John Bowman.

His relationship with Martin Lawrence was not that great. ”I never had issue … I mean, I developed an issue …. if you have an issue with me, I am gonna be like, what up,” Anthony said in an interview.

When asked in 2018 by Complex about the possibility of a reboot, Carl responded: ”Why not? I think the people want it.” The actor added: ”We created magic in a bottle, and why not do it again?”

”27 years ago today, history was made,” he tweeted in August 2019. ”5 seasons and still celebrated today by multiple generations and nationalities.”

In 2019, Payne got the role of Rev. Stevie Collins in Pride & Prejudice: Atlanta, a drama film directed by Rhonda Baraka.

In 2014, she filed for divorce, citing irreconcilable differences.

The two are most likely still together.

”To my beautiful wife, THE mother of our four amazing sons ..you have held me down for over 25 years,” Carl wrote on Instagram in 2019. ”Thanks for EVERYTHING. Love you to the moon and back.”

”There’s been times when people look at you and expect you to do what you’re portraying.”

”We are more concerned about being judged by people who don’t give two f&@& about us than the people that actually care and have our best interest.”

Anthony earned most of his wealth from starring in two popular sitcoms – The Cosby Show and Martin. In addition, Carl has appeared in a number of Christmas movies, including Christmas Dilemma, One Crazy Christmas, Boxing Day: A Day After Christmas, and Everyday but Christmas.

Other movies and TV shows that Payne has performed in include – Thirtysomething, Hull High, True Colors, Jack & Jill, George Lopez, Rock Me, Baby, Detroiters, There’s a Stranger in My House, Love Me or Leave Me, Step Up: High Water, For Richer or Poorer, Young Dylan, What Love Will Make You Do, and Young Dylan.

READ THIS NEXT: Who is Michael Wayans?