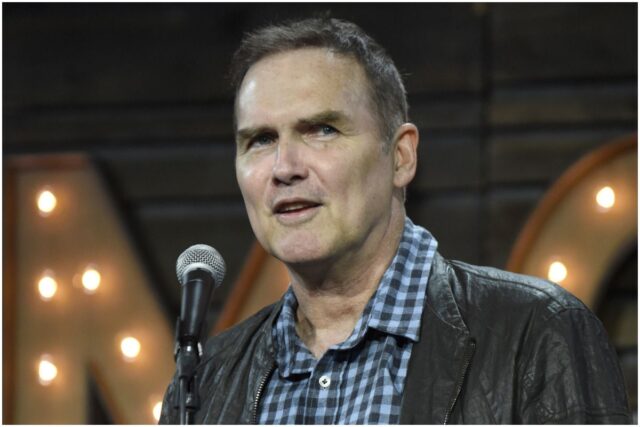 What was Norm Macdonald’s net worth at the time of his death?

Norm Macdonald was a Canadian actor, writer, and stand-up comedian, who is best known for his 4-year stint on Saturday Night Live.

He was born on October 17, 1959, in Québec City, Québec, Canada, as Norman Gene MacDonald.

His father served with the Canadian Army during WWII.

The middle child of three sons, he grew up in Quebec City.

Macdonald dropped out of high school when he was 15.

Norm began his career by performing in comedy clubs in Ottawa. Macdonald worked as a writer for the Roseanne TV sitcom for the 1992-93 season.

”They fired me because they said that I wasn’t funny,” Macdonald explained when he returned to SNL in 1999. He added: ”Here’s the funny part, it’s only a year and a half later, and they asked me to host the show.”

Later that year, Macdonald performed in the comedy Dirty Work along with Jack Warden and Artie Lange. ”It was an R-rated movie, so we made it that way, then they made it [PG-13], so half the movie had to be cut,” he said.

In 2007, Norm reprised his vintage Burt Reynolds’ role in the TV comedy, ”My Name is Earl.”

”The purpose of the podcast was just to see if I could talk to people because I just did it for free,” he told Forbes.

In 2015, Norm appeared in TV commercials as the Colonel for KFC. ”Other than not quite looking like him, his voice being different, and his inability to cook the world’s best chicken, we thought Norm was the perfect choice to play the Real Colonel,” said KFC US chief marketing officer Kevin Hochman.

In September 2016, he published his memoir, ”Based on a True Story.” Norm wrote in the first chapter that human memory precludes a truly true story.

On September 14, 2018, Norm Macdonald Has a Show premiered on Netflix. It is the legacy of his podcast and featured interviews with Lorne Michaels, Billy Joe Shaver, M. Night Shyamalan, and David Spade, among others.

The app features video profiles of its users instead of photos. ”Loko eliminates the first date of sorts, so you don’t have to go two hours into something when you know within minutes if the date is bad,” Norm stated.

Norm Macdonald got married to Connie Vaillancourt in 1988.

The comedian had been battling cancer for several years.

”The rarest type of Literature is the comic novel, perhaps because it is the most difficult to write.”

”I love writing – it’s the best. But I really hate collaboration.”

”I used to think Dave Chapelle was the next Pryor. Now I think he’s the next MLK.”

”It’s interesting, but I believe part of being a champion is the willingness to cheat.”

”I have never seen the Nanette thing because I never wanted to comment on it.” (KQED)

”I think clever people think that poor people are stupid.”

Macdonald earned most of his wealth from his involvement with Saturday Night Live.

He is also an actor who has starred in many films and TV series such as Screwed, The Orville, Billy Madison, The People vs. Larry Flynt, Skylanders Academy, Mike Tyson Mysteries, The Adventures of Panda Warrior, Dirty Work, A Minute with Stan Hooper, and Man on the Moon.

Therefore, at the time of his death, Canadian stand-up comedian Norm Macdonald had an estimated net worth of $6 million.

READ THIS NEXT: Who is Anthony Jeselnik?