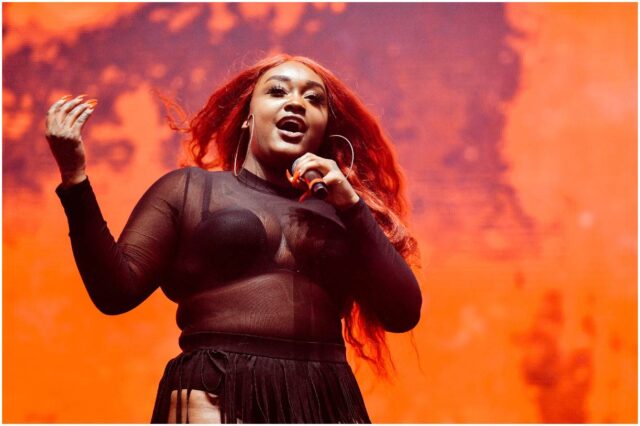 CupcakKe, real name – Elizabeth Eden Harris, is an American online philanthropist, rapper, songwriter, and singer who is best known for her sexually-charged singles.

Harris was raised by a single mother.

She started to write poetry at three years old. At age 13, Elizabeth began rapping. At the age of 14, Eden began writing religious-themed poetry as well as she started to perform in local churches.

”I was doing poetry, I was doing Christian poetry in a church around three years and then at 13, 14, one of those ages, and then someone said, ‘Hey, turn your poetry into rap,’ and that’s what I did.”

During an interview, Harris confessed:

Eden went on to say:

”And I was like, this is the perfect time to write. So I wrote it and when I put it out, the response was insane.”

Interestingly, ”Ephorize” doesn’t include a single guest spot. She said:

“A lot of artists nowadays put these features on their albums either because they can’t hold the weight of their own album.”

“I wanted the fans to listen to no one’s story but my story.”

On November 9, 2018, she released her 4th studio album, called – ”Eden.” The closing track on the album, entitled – “A.U.T.I.S.M.,” was written as a way to make her autistic fans feel “welcome and accepted.”

“With ‘A.U.T.I.S.M.’ I [wanted] something special that can hit home for people who are dealing with autism.”

She released the single “Lemon Pepper in June 2020.

Harris started her YouTube channel on August 4, 2012. Her popular channel features music videos for her original singles. At the time of writing, she has over 691,000 subscribers.

CupcakKe is probably single right now, but at the start of 2019, she detailed about a man she dated for five months. Elizabeth said that her ex-boyfriend drove her to the edge with financial and emotional abuse.

“Out of the kindness of my heart, I gave this man over [$30,000] during this period [of] time because I understand how it feels to be without.”

”He also has threatened to shoot my mom in the face [and] has threatened me on multiple occasions [and] said he can do it because he will get away with it!”

”I think everything that played a part in my life growing up is in my music.”

“When an artist puts out music, the fans are providing. That’s how I look at it.”

“I never knew what a ‘mention’ was and just checked my notifications, and I saw five people in a row saying ‘Queen! Queen! Queen!’”

”I don’t like to be boring or write boring shit, so I keep my Twitter spiced up, crazy, and fun.”

“As soon as I decided to do something [that wasn’t] being done at the moment and started writing sexual music, it just went viral.”

”I’m sure the people of Yale know exactly what they booked me for and what was the reason for it.”

“He was a great guy. I don’t know what he is now, but before the fame, he was a really great guy.”

When asked if she even thought to change her image, she responded:

”Not at all. Everything you see is…just me being me. I don’t want to be changed or sugar-coated.”

On Twitter, she  goes by the name of “Marilyn MonHOE.”

When asked if she considers herself a feminist, Harris replied:

”Yes! Anything guys can do, girls can, and most of the time, they’re out there working harder and doing it better.”

She said that she would sign with a major label with an offer of $10 million or more. Elizabeth also said:

In addition, Elizabeth has a YouTube channel with over 102 million views (about $300k in revenue).

The artist opened up about a gambling addiction which led her to lose about $700,000 in a casino in September 2018. In 2019, she announced her retirement from music.

Therefore, rapper CupcakKe has an estimated net worth of $4 million.

READ THIS NEXT: Who is Jessie Reyez?