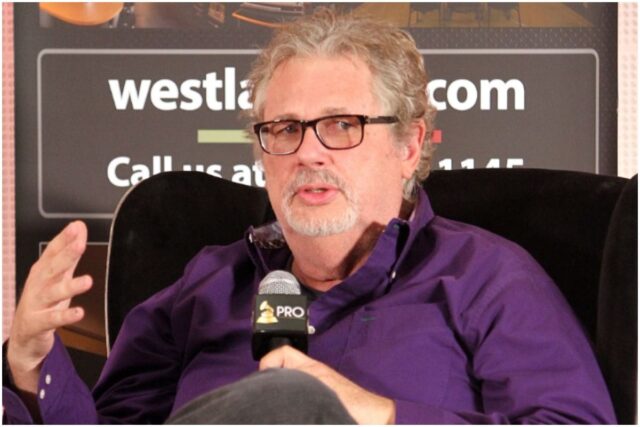 He was born in Los Angeles, California, United States.

In 1995, Dave served as the sound engineer for Brian McKnight‘s second studio album – ”I Remember You.” The album reached #22 on the Billboard 200.

In 1999, Pensado worked on Christina Aguilera’s song – ”What a Girl Wants.” The song spent 24 weeks on the US Billboard Hot 100. The two collaborated again on Aguilera’s third studio album – ”My Kind of Christmas.” It peaked at #28 on the U.S. Billboard 200.

In 2001, he worked as the song mixer in the animated science-fantasy action-adventure film ”Atlantis: The Lost Empire.”

In 2006, he worked on Wayne Brady‘s debut album – ”A Long Time Coming.” The album reached #2 on the US Heatseekers Albums chart.

In September 2011, Pensado and Herb Trawick started a weekly show named – ”Pensado’s Place.” The show has a YouTube channel with over 252k subscribers. ”Pensado’s Place” includes extensive tutorials in mixing and engineering, and interviews with top music industry record executives, producers, and artists.

In July 2013, Dave and Trawick hosted ”Pensado Gear Expo 2013” at Vintage King LA. ”We are the TV show for this community, and they treat us as such,” Herb stated during an interview. Trawick added: ”So it’s important for us to continue to help inform what they do.”

Al Schmitt commented for Mix Online: ”What a great Summer LA event to bring together people from all facets of the recording community.” Dave said: ”We’re all part of the same big club. Community is everything.”

In 2014, Pensado, Maureen Droney, and Herb Trawick released the book ”The Pensado Papers: The Rise of Visionary Online Television Sensation, Pensado’s Place (Music Pro Guides).” The book is a collection of tips and techniques about audio recording. ”The book has tips and tricks that are technical, from our guests and from Dave,” said Trawick.

In 2015, Dave was featured in the documentary ”The Art of Recording a Big Band.”

In January 2020, Pensado and Trawick were inducted into the NAMM TEC Hall of Fame at the 35th Annual NAMM TEC Awards.

”All of us working in the audio world owe them a debt of gratitude, and I’m personally thrilled to see them achieve this recognition,” said Sr. Managing Director for the Recording Academy Producers & Engineers Wing Maureen Droney.

Pensado also made money from launching his first product, the Pensado EQ. He is part of The Fab Factory with Shaun Fabos. Dave has also authored two books. Therefore, mix engineer Dave Pensado has an estimated net worth of $1.5 million.

READ THIS NEXT: Who is Dan Fogelberg?