What is Brian McKnight’s net worth?

Brian McKnight (birth name – Brian Kelly McKnight) is an American R&B singer-songwriter who has been nominated for 16 Grammy Awards.

His mother used to sing alto in the gospel choir of Buffalo’s Emanuel Temple.

His brother, Michael McKnight, signed a record deal with Warner Brothers for the group Take 6 in 1990.

Brian became a member of the church choir during childhood.

He went to Maynard Evans High School in Orlando.

From 1987 to 1989, McKnight attended Oakwood College, a Seventh-day Adventist university in Alabama.

At age 19, McKnight signed a deal with Wing Records, a Mercury Records subsidiary.

In 1992, Brian released his self-titled debut album. The album reached number 58 on the Billboard 200 chart.

In 1995, he released another album, titled – ”I Remember You.” Two years later, McKnight released an album called – ”Anytime.” This album was nominated for a Grammy and sold more than 2 million copies.

In 1998, he signed with Motown, an American record label that is owned by Universal Music Group. In the same year, Brian released the Christmas album – “Bethlehem.”

On September 21, 1999, he released his sixth studio album, entitled – “Back at One.” The album was certified triple platinum by the Recording Industry Association of America, and it includes the US Billboard Hot 100 hit single “Back at One.”

In 2002, McKnight was nominated for 5 Grammy awards for his album “Superhero.”

On December 5, 2006, Brian released the album, “Ten.” It features the only guest appearance from Rascal Flatts.

In October 2007, he made his Broadway debut in the show Chicago.

In 2009, McKnight appeared in the 2nd season of Celebrity Apprentice.

In 2011, he sang the National Anthem on baseball’s opening day in Cincinnati.

Later that year, he released a YouTube preview of his new song, “If You’re Ready to Learn.” This song had explicit and sexually-charged lyrics.

In introducing the track, the musician said:

In 2014, McKnight sang “Side Pieces” alongside Canadian rapper Drake at the ESPY Awards.

On August 25, 2017, Brian released the album “Genesis.” It was produced by Tim Kelley, part of the producing duo Tim & Bob.

In 1990, Brian McKnight married Julie McKnight, his college sweetheart. In 2003, the couple got divorced. 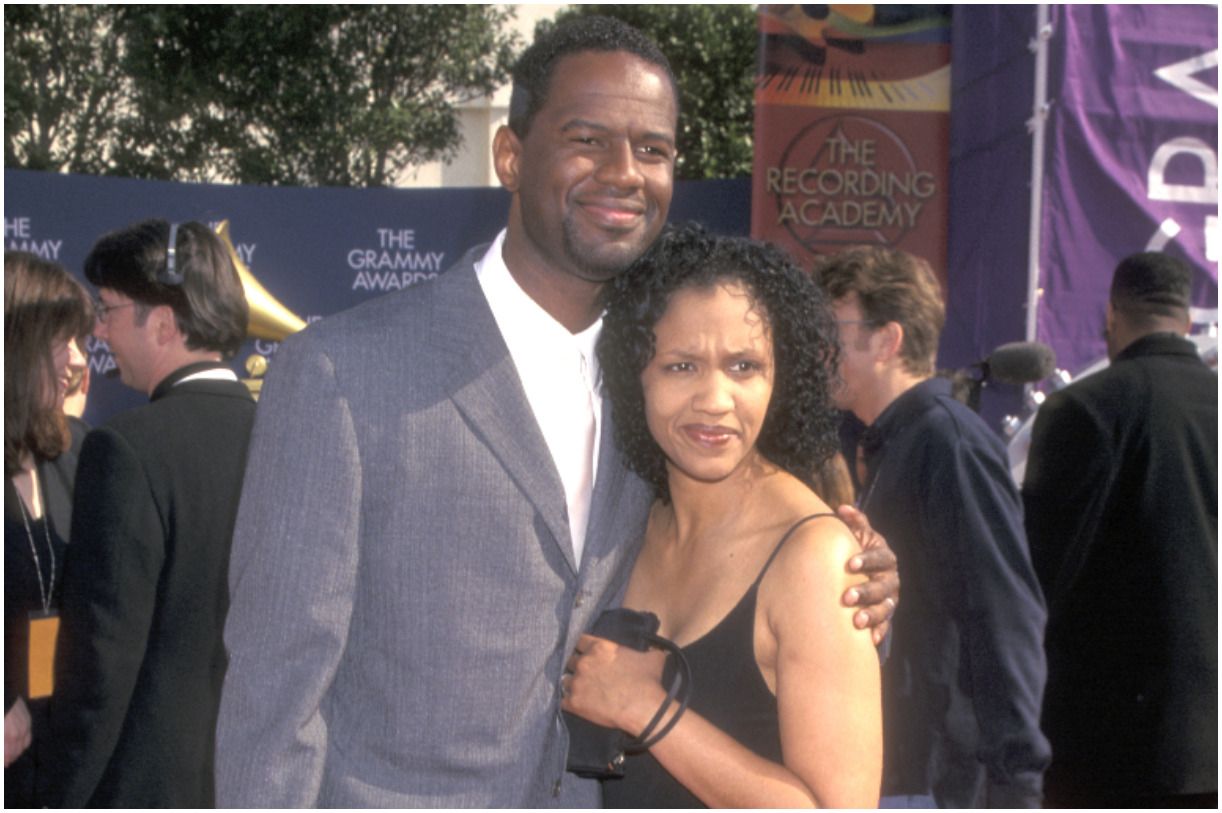 He said about his wife’s occupation:

“My wife is a Pediatric Neuro Physiologist and for as long as I’ve known her she and her team do everything they can to save children’s lives who suffer from all sorts of brain anomalies.”

During a 2016 interview for Oprah, Brian talked about his previous marriage:

“When you decide to make a commitment to someone, make sure that that person has everything you want.”

McKnight went on to say:

“Do not compromise on one thing because it’s those things that are going to get you through the tough times.”

In May 2017, Brian announced his engagement to Mendoza. 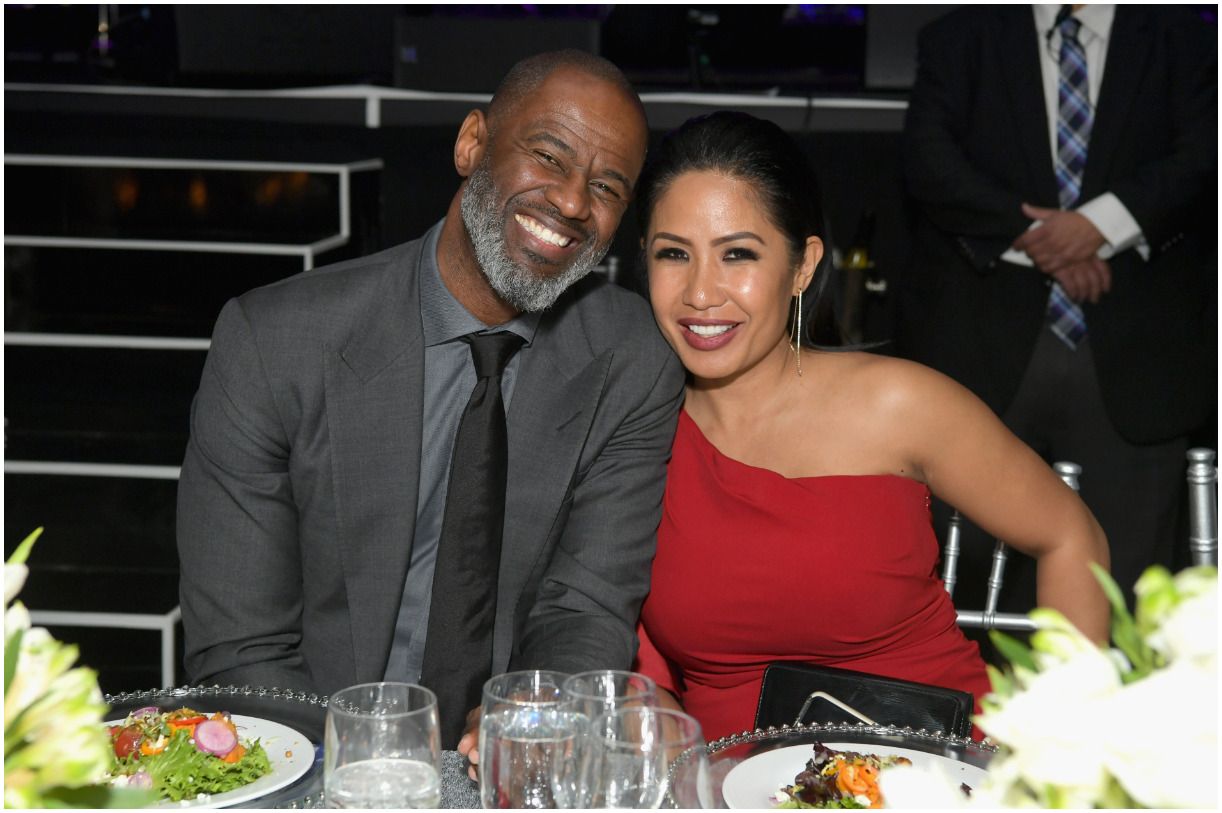 On December 29, 2017, the two got married at Oheka Castle Hotel & Estate in Huntington, New York.

His wife’s wedding dress was covered with 50,000 Swarovski crystals. He later said:

“Every song that I write now is about my wife and the love that we share and it’s a real, real thing.”

“Baby five years ago today we began this journey not knowing where love would lead us but hindsight being 20/20 I’m so glad you let me into your life so u could show me what I should have been waiting for all my life.”

“There was no life before you and I’m more in love with you every day so happy 5th anniversary of our love and I promise you we’ve only just begun.”

McKnight has a daughter named Briana and three sons named Brian Jr, Niko, and Clyde, with his first wife.

In 2019, Brian Jr said that his father “abandoned” him as a child. In his words:

“I can’t imagine abandoning my children man. It’s hard not to imagine the psyche of a man who can truly just turn his back on his actual sons, on his actual blood, and creations.”

“It’s mind-boggling to me. I don’t think there is any situation that merits the way my father has chosen to treat my brother, my sisters, and his grandchildren, one of which being his first born’s, firstborn son, who also bears our name.”

“I’ve never missed a day of child support. I’ve never done anything adverse to my children whatsoever. I’ve always been there with advice whether they took it or not.”

“Tough love is a tough thing to try and institute to your children because you wanna help them as much as you can and I did as much as I possibly could.”

“When I stopped doing that for them, BJ was 25 and Brianna was 22. And it wasn’t like I completely cut them off. That happened much later.”

Brian has worked with many famous musicians, including:

He is a good friend with many Filipino music veterans, including:

McKnight is a Seventh-day Adventist.

In his second year of college, he was expelled for having his girlfriend in his dorm room. This is a violation of Oakwood’s rules about dormitory visitors.

McKnight earned most of his wealth from his music (selling albums and tickets to his concerts). So far, he has received 16 Grammy Awards nominations.

Some of McKnight are – More Than Words, I Remember You, and more.

McKnight was a TV host. Furthermore, Brian made money from his YouTube channel (around $1.5 million before taxes).

Therefore, American singer Brian McKnight has an estimated net worth of $12 million.

READ THIS NEXT: Who is Craig Wayne Boyd?

To Mr. MC Knight. I'd see you at muscle beach with your to son's there above 6feet tall. Playing basketball I would watch. I was aware of the father son relationship you had by the time you would spend with them. Having a nature for what"s your own trait that are past from one generation to the next tha"s culture. Being of color is'nt.