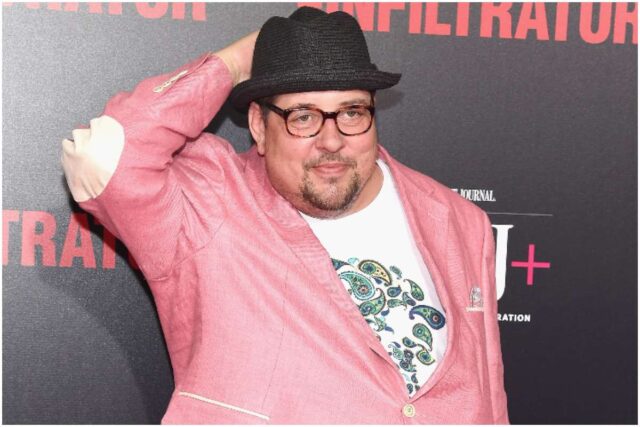 Joey Boots was a radio personality best known as a regular contributor to The Howard Stern Show. He also had his own live podcast called ”The Joey Boots Show” on Friday nights.

Joey was raised on Long Island.

From 1992 to 1998, he served in the military. Boots had the rank of corporal in the Army serving in the 2nd Battalion, 67th Armored Division.

At some point, Joey started to work with Howard Stern.

From 2001 to 2002, Boots appeared in two episodes of the comedy talk-show, Howard Stern.

In 2008, Boots appeared in the short film ”Supertwink.”

From 2006 to 2008, he appeared in 25 episodes of the TV series ”Howard Stern on Demand.” During one episode, Joey served as a camera operator.

In 2013, Joey performed in one episode of Newsreaders, a spin-off of Childrens Hospital.

Joey Boots was openly gay. Boots revealed that he was gay on the June 28th, 2007 edition of the Howard Stern Show. In order to prove his sexuality, Boots made out with Jason Ridge in the studio.

Boots died on December 23, 2016, in his Bronx home. According to the police report, Boots was found slumped in front of his computer by colleague ”High Pitch” Erik Bleaman, who was recording a live podcast at the time. Joey and Erik worked on the podcast, “The Joey Boots Show.”

According to the autopsy, the death was determined to be acute heroin intoxication. Also, his death was ruled as accidental. He was 49.

Joey had long been open about his problems with drug addiction during his time on Stern’s radio program.

”So sad to hear about the sudden passing of a great guy @joeyboots one of my favorites on @sternshow,” tweeted Brent Hatley, a senior producer for the Howard Stern Channels on Sirius XM.

”Tribute to the one and only Joey B in the new year,” wrote on Twitter Howard Stern.

”I liked Joey very, very much and I’m going to miss him very much,” Stern said in a later episode of his show. He added: ”He was a great friend to the show.”

Boots popularized the phrase ”Baba Booey” by shouting it behind reporters during live news broadcasts across NYC as well as on The Howard Stern Show. Boots even defended his right to ”Baba Booey” in court after being arrested in 2014 for disorderly conduct.

He suffered from diabetes.

Boots was a member of the Wack Pack, the name given to non-professional radio guests who appeared on The Howard Stern Show. In recent years, the Wack Pack has lost a few members, Ted the Janitor, Johnny Fratto, Debbie the Space Alien, Riley Martin, Fruity Nutcake, Eric the Actor, and Crackhead Bob.

Boots earned most of his wealth from his collaboration with Howard Stern. In addition, Joey was the host of the podcast The Joey Boots Show. Therefore, at the time of his death, radio personality Joey Boots had an estimated net worth of $0.1 million.

READ THIS NEXT: Who is Crystal R. Fox?