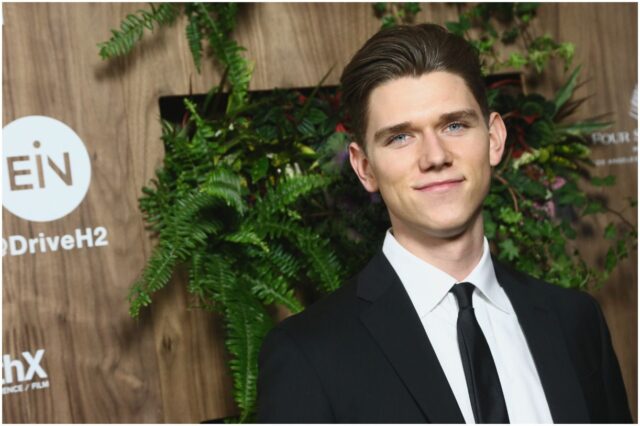 Best known as the younger brother of magician, YouTuber, and America’s Got Talent finalist Collins Key, Devan Key is gradually growing a following in his own right.

But what do we know about the 23-year-old?

He had one older brother—the future YouTuber and magician Collins Key.

Devan always showed a keen artistic talent, which he worked on as a youngster.

He still paints and sketches to this day.

As a teenager, Devan wanted to be an actor.

He won a minor role in Girl Meets World, a tween sitcom.

Devan Key was 17 at the time, and the episode got 2 million views.

The Taste of Fame

Maybe this taste of fame at 17 made Devan hungry for more.

His brother, who had a pretty major YouTube following by 2015, started including Devan in more and more of his videos after an introductory siblings tag.

Devan, who hadn’t posted any videos to his own channel by 2020, mostly shares videos from his brother’s channel.

One of those videos gave Collins and Devan fans a little insight into the younger, less famous sibling.

According to the video, where Devan is clearly still coming off an anesthetic and pain killers, we discovered that:

His favorite food is ice cream

His least favorite food is salt—he thinks everyone puts too much salt on everything.

He wanted fans to believe his real name was Mike.

He even tried to show viewers how many words rhymed with Mike—but he only managed to come up with three.

Devan is also a huge fan of the Star Wars franchise, and he’s collected over 200 Star Wars action figures in his life.

He even once grew out a section of his hair to have a Padawan braid. Collins did the same.

Up To No Good

Once, when Devan and his older brother were home alone, Devan convinced his brother to shoot him with an arrow.

The young Devan thought he was a ninja, and was convinced he could dodge the speeding missile or even catch it.

As it turned out, he couldn’t. The arrow hit him in the finger, requiring medical treatment, and Devan and Collins’ parents were furious.

That wasn’t the only mischief the close siblings would get up to in their lives, either.

The Collins Key YouTube channel, which has amassed over 20 million subscribers and 5 billion views, showcases all the ways the duo have pranked each other over the years.

From teaching kids how to sneak store-bought snacks into the movies to how to prank your friends videos, the Bite-Nothing-Lick challenge, and even the best April Fool’s tricks, there’s no end to what these brothers will do for views.

In February 2020, the Key brothers announced a new adventure—that involved zero pranks and a whole lot of fun.

Their kid- and brand-friendly form of entertainment caught the eye of Moose Toys, and the brand decided to link up with the duo to create something new for the toy aisle.

Both Devan and his brother have been hands-on with designing the new toy collection, having fun coming up with activities and products that kids will love.

The major toy company will back the new collection—launching in the fall of 2020—with its own marketing campaign and influencer partnerships.

But with Devan being one-half of one of the most influential brand-friendly channels on YouTube, will they really need a marketing campaign outside the one they handle themselves?

Devan Key has an estimated net worth of $1 million.

Want to get to know one half of the #KeyBros? Check out their Siblings playlist on YouTube right now!

READ THIS NEXT: Margaret Atwood Net Worth