What is Margaret Atwood’s net worth?

Margaret Atwood is a Canadian poet and novelist who is best known for her dystopian work, ”The Handmaid’s Tale.”

Atwood has received many literary awards, including the Governor General’s Award, the Arthur C. Clarke Award, and the Booker Prize.

Her mother, Margaret Dorothy Killam, was a former nutritionist and dietician, while her father, Carl Edmund Atwood, was an entomologist (a scientist who studies insects).

Margaret read a wide variety of material from an early age, from comic to mystery books to more traditional literature.

Atwood did not attend school full-time until she was 11.

From 1957 to 1961, she studied English, with minors in French and philosophy, at the University of Toronto.

In 1961, she published her first book of poetry, named – ”Double Persephone.” The book received the E.J. Pratt Medal.

In 1969, Margaret published a novel in which themes of women’s alienation echo those in her poetry, titled – ”The Edible Woman.”

From May 1981 to May 1982, Atwood served as the President of the Writers’ Union of Canada.

In 1985, Atwood published ”The Handmaid’s Tale,” a dystopian novel set in the near future, in which the US has become a fundamentalist theocracy. The story is told in first-person narration by a woman named Offred.

Atwood said about ”The Handmaid’s Tale”:

”I began this book almost 30 years ago, in the spring of 1984, while living in West Berlin – still encircled, at that time, by the infamous Berlin Wall.”

The novel won the Governor General’s Award in 1985. It remained on the bestseller list for 23 weeks. The book has been translated into 20 languages.

In 2003, she published a speculative fiction and adventure romance novel called ”Oryx and Crake.” It focuses on a post-apocalyptic character called “Snowman.” Later that year, the novel was shortlisted for the Man Booker Prize for Fiction.

”People had been asking me to write a sequel for a long time, and I always said no, because I thought they meant the continuation of the story of Offred which I couldn’t do.”

In 1968, Margaret Atwood got married to American writer Jim Polk. 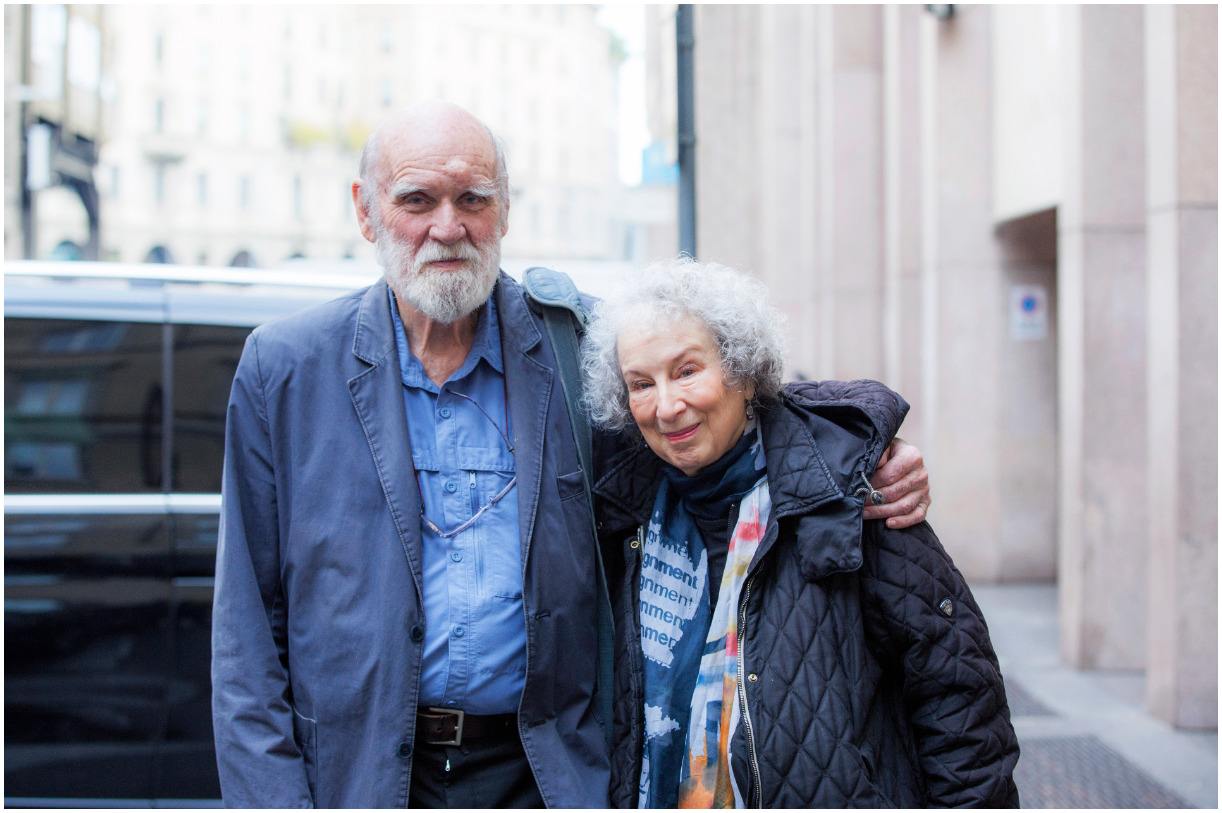 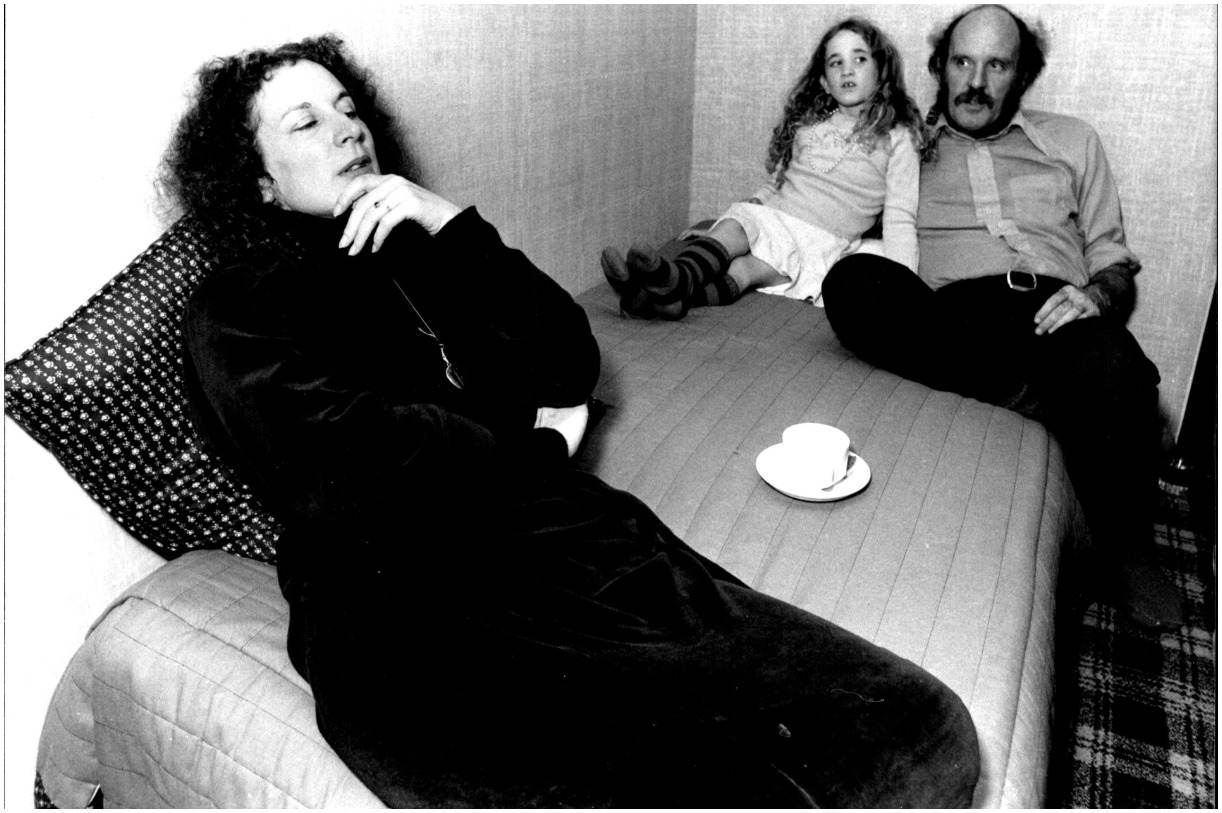 ”Stupidity is the same as evil if you judge by the results.”

”Predicting the future isn’t really possible: There are too many variables and unforeseen possibilities.” (NY Times)

”The only way you can write the truth is to assume that what you set down will never be read.”

”I suffer more vicious attacks, more personal attacks, in Canada, because that’s where I’m from.” (The Paris Review)

”In the spring, at the end of the day, you should smell like dirt.”

”When people are scared, and they think things are falling apart, they get more conservative.” (Vulture)

”War is what happens when language fails.”

She is the inventor and developer of the LongPen, a remote signing device that makes it possible for an individual to remotely write in ink anywhere in the world via a robotic hand and the Internet and tablet PC. 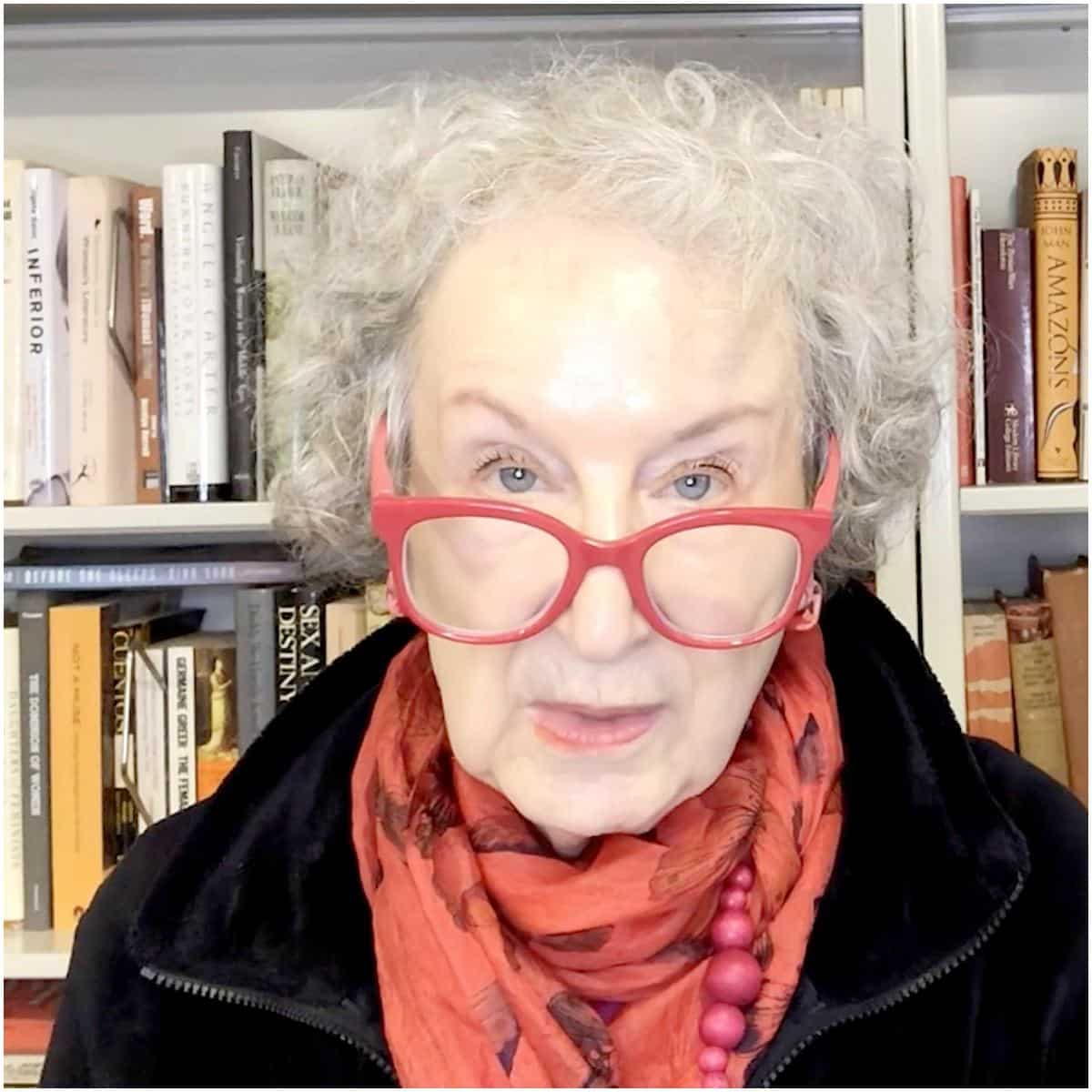 Atwood earned most of her wealth from selling her novels and poems. At the moment, she has written 18 novels, including – MaddAddam, The Edible Woman, The Year of the Flood, Surfacing, The Penelopiad, Lady Oracle, Oryx and Crake, Life Before Man, The Blind Assassin, Bodily Harm, Alias Grace, The Robber Bride, Cat’s Eye, and The Handmaid’s Tale.

Margaret is also the author of over 18 books of poetry, including Morning in the Burned House, Eating Fire, The Door, Interlunar, The Circle Game, Snake Poems, Speeches for Doctor Frankenstein, Love Songs of a Terminator, The Animals In That Country, True Stories, The Journals of Susanna Moodie, Two-Headed Poems, You Are Happy, Dearly, Power Politics, and Procedures for Underground.

Her most profitable and renowned book is The Handmaid’s Tale. In 2017, Amazon reported that the novel was the most-read book of the year.

Therefore, Canadian poet and novelist Margaret Atwood has an estimated net worth of $25 million.

READ THIS NEXT: Who is Will Packer?