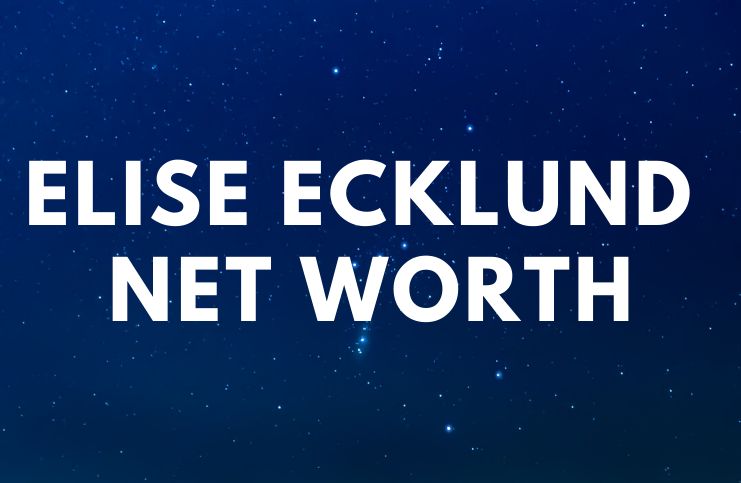 Elise Ecklund is an American ukulele and guitar player who has dabbled in beauty and reaction videos. But, Elise is best known for creating covers, vlogs, and tutorials on her self-titled YouTube channel.

She was born on February 18, 1997, in Wichita, Kansas, USA. Ecklund later moved to Oklahoma. She has five siblings.

While in college, Elise began to experiment with writing songs using the ukulele, a small, four-stringed musical instrument that is played by plucking.

The word ‘ukulele’ itself translates as ”jumping flea” in English. Rock stars which have fallen in love with the ukulele include:

Tiny Tim (real name – Herbert Butros Khaury) brought ukulele playing to the pop charts with his hit single “Tiptoe Through the Tulips” in 1968.

During her time in college, Elise launched her YouTube channel on February 11, 2015.

On her channel, she uploads music videos. From time to time, Ecklund publishes lifestyle, beauty, and comedic content. Her mother has also appeared in reaction videos on her YouTube channel.

Her most popular video is titled – ”I wrote a song using only your Instagram comments!.” The video was published on  April 4, 2018, and it has more than 10.5 million views. Her second most popular video is called – ”I wrote a song using only hate comments!.” The video has over 5.9 million views, and it was published on July 10, 2018.

After a few of her YouTube videos have gone viral, Elise got the attention of Will Smith.

In addition to YouTube, Elise serves as a marketing official at Amazon.

Elise Ecklund is currently dating Bryan. She has announced the news during a June 2020 video.

”Why do kids always say they wanna be Batman when they grow up? What about Paul Blart? Remy from Ratatouille?”

”I’m pretty much exactly the same as a baby except I have acne and have to pay bills.”

”I just found out that shaving your face is considered an anti-aging treatment and helps with acne. Maybe men are smarter than we think ladies.”

”Making eye contact and being too shy to say anything and then walking away – the ultimate form of flirting.”

During college, Elise had a few jobs including one as a Customer Service Specialist at JC Penney. JC Penney stores house a few leased departments, like:

During college, Ecklund was a volunteer for several organizations which include: Compassion International and Sharing One Love.

Elise has done ukulele tutorials and covers of artists like:

In 2018, Ecklund was on Steve Harvey’s talk show. It is a syndicated daytime talk show which was taped at the NBC Tower studios and hosted by media personality and comedian Steve Harvey in Chicago, Illinois.

The final episode of this talk show aired on Wednesday, June 26, 2019.

Before going to the show, Elise wrote on her Twitter page:

”I’m very excited to announce that I will be on Steve Harvey’s talk show September 12th!”

Ecklund makes most of her money from running ads on her YouTube channel. At the moment, Elise has more than 155 million views. But, how much money did she receive from these views?

According to the official data, Google pays out 68 percent of their AdSense revenue, hence, for every $1,000 an advertiser pays, Google pays $680 to the publisher.

However, the actual rates an advertiser pays averages at $0.18 per view. This equates to around $2 per 1000 views. So far, Ecklund made around $300,000 from YouTube advertisements.

Moreover, Ecklund earns money from publishing paid posts on her Instagram account. She can do this by adding a link to the description of her Instagram posts.

But, how much money can Ecklund receive from sponsored posts on Instagram? This depends on a few factors, including:

In addition, she sells merch (t-shirt, hoods, etc.) on teespring.com/stores/elise-ecklund. Therefore, Elise Ecklund has an estimated net worth of $0.5 million.

READ THIS NEXT: Is Desus Nice dating now?