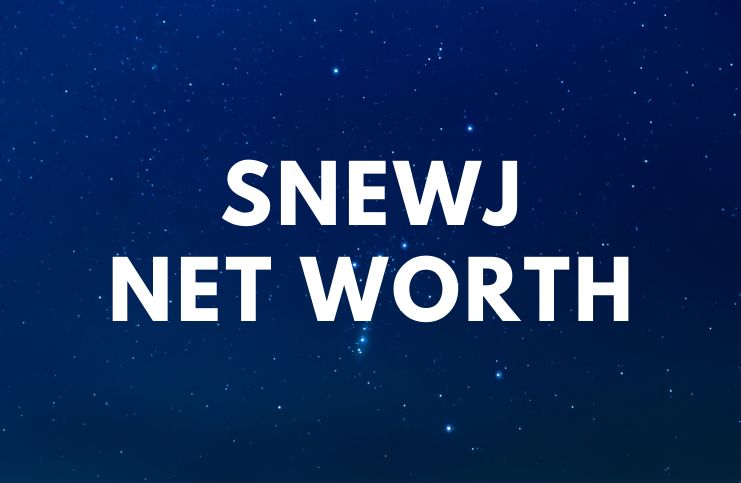 Soon after graduation, he started selling cars as an auto broker.

”I’ve always been a salesman naturally. Always sold stuff on craigslist at a young age & did well.”

”Met someone that knew the car broker game & went under his wing. I learned all the ropes and became my own Auto Broker.”

He has amassed over 1.45 million subscribers to his YouTube channel. There he publishes many pranks, lifestyle vlogs, motor vlogs, and reaction videos.

During an interview, he was asked about what inspired him to start a YouTube channel. SnewJ responded:

”I still remember that day. I bought my first super-sport motorcycle, a Suzuki GSXR-750.”

”I bought a GoPro and attached it to my helmet with a mic and started making funny moto videos, commentating.”

SnewJ is dating Instagram celebrity Dree. She also has a YouTube channel that has more than 95,000 subscribers. One of her most popular YouTube videos became Celebrity Smash.

”Everyone is meant to shine, is meant to be successful. But only a very few are willing to put in the blood, sweat, & tears into whatever they get into.”

”If you want success, there’s no such thing as a holiday. Today, you should be on your grind.”

”To be a leader, to give, and to make the world a better place & that starts with myself.”

”The ones that are perfectly content with where they are in life, stay there. Don’t be afraid, be limitless.”

READ MORE: What is Piff The Magic Dragon’s real name?

”Basketball was one of my favs & I’ve learned a lot with the sport.”

”It’s all about self-developing as human beings. As we continue to learn, grow, get better as people. We will become more successful.”

When asked about how did he choose alias – “SnewJ,” he said:

He earns most of his money from having advertisements on his popular YouTube channel. At the moment, SnewJ has over 192 million views.

But, how much money did he earn from all these views?

Several determining factors which affect the income include the following:

Keeping all these factors in mind, he probably made around $400,000 from ads on YouTube.

Furthermore, he sells workout plans for $10 on his website – snewjfit.com. According to the description:

”This unique workout plan is designed for YOU to get the best body possible in only 30 days.”

In addition, he sells merch (hoods, shirts, socks, t-shirts, and hats) on another website – nohesiapparel.com. He is also endorsed by Turo, a popular exotic automobile rental company. He even used several of their exotic cars in his YouTube videos. Therefore, SnewJ has an estimated net worth of $1.3 million.

READ THIS NEXT: Key Facts About Desus Nice