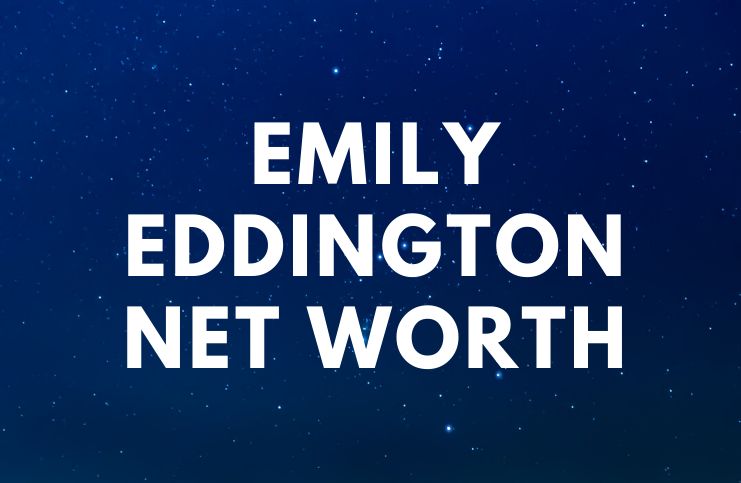 Emily Eddington is an American YouTuber, beauty blogger, former news anchor, and Instagram celebrity, who has been featured in publications like the New York Times and Elle magazine.

Eddington is best known for her ”Emily Noel” YouTube channel as well as the blog Beauty Broadcast.

Eddington graduated from Monmouth College (a liberal arts institution that is affiliated with the Presbyterian Church) with a bachelor’s degree in communications with a concentration in media.

She said about her time in college:

“Monmouth College encourages students to not only go to class, but to find an activity outside of class that just might turn into a passion and make you a leader.”

Emily went on to say:

“Campus involvement was always stressed, as opposed to just going through the motions. Getting involved in various activities and seeing success in those areas builds confidence.”

She started her career in a TV Station as an off-the-camera employee. Later, Eddington was offered the chance to work as a morning news anchor.

Eddington started her YouTube channel on November 8, 2006. She said:

”I started my YouTube channel about a year into my news career as sort of an after-work activity, not knowing it would ever become more than that.”

Emily decided to start making her own YouTube videos after seeing that there was a need for someone with experience to review drugstore makeup brands.

Her skills as a news anchor have helped her significantly in her makeup videos. Interestingly, she creates, shoots, and edits all of her YouTube videos.

During an interview, Emily said:

“In the news, I try to tell a concise story, speak clearly and cover all the bases. I have the same goals for my videos.”

“It is a very relevant topic, considering the economic conditions, and the fact that many people are looking to save money.”

Currently, her main channel has over 198 million views and more than 1 million subscribers.

”My goal with every video is to provide my incredible viewers with creative, original, and honest content.”

The most popular video on the channel is titled – ”False Eyelashes 101: Select, Apply, Remove, Clean.” The video was uploaded on March 6, 2013, and it has more than 1.5 million views.

Emily has a secondary channel named – ”Beautyvlogcast.” The channel was started on March 8, 2012, and it has over 113,000 subscribers and more than 5 million views. This is actually her vlogs channel.

The couple has two daughters named Eve and Belle. In April 2019, Eddington and Tyler announced they are expecting another baby.

”One tough thing about social media is the fact that it can make people very quick to judge.”

”I feel like Monmouth College, paired with a summer internship at a TV station, prepared me so well.”

”It’s funny how someone tuning into your makeup channel is always gonna get outraged when you mention you’ll probably take a little makeup with you for your labor/delivery hospital stay.”

“On any given day, I don’t know what kind of story I’ll be covering.”

”One of the great things that has helped me so has been getting to be part of that on-the-rise pole.”

”Some people take down their earlier stuff and kind of try to pretend like that never happen.”

Emily believes that her liberal arts experience provided a remarkable preparation for her YouTube career.

She has been featured on beauty websites such as Elle or Shape Magazine.

Eddington earned most of her wealth from working as a news anchor, and from sponsors and advertisements on her YouTube channels.