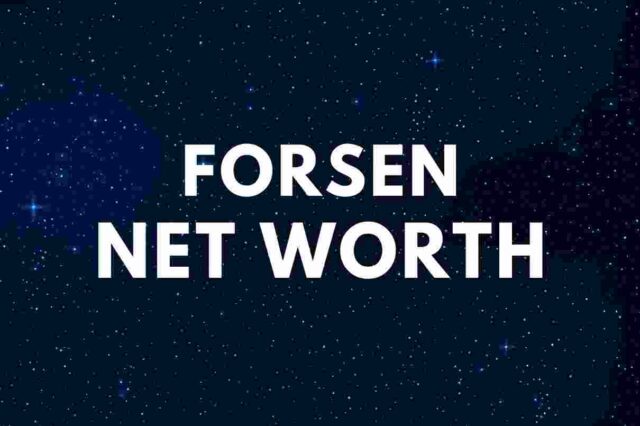 Forsen, whose real name is Sebastian Hans Eli Fors, is one of the most successful and popular streamers on Twitch.

There is not much information about his childhood and education.

In 2011, he participated in DreamHack Winter. The following year, Fors was in the final group stage at the esports event, Dreamhack Stockholm.

For a while, Sebastian was a member of the gaming organization ManaGrind.

In 2014, Sebastian started to stream Hearthstone. He became one of Hearthstone’s most skilled Miracle Rogue experts.

Later, Fors switched to other games, such as Minecraft, Valorant, Darwin Project, PUBG, and  GTA V. One of the reasons was ”the game [Hearthstone], doesn’t really amuse me anymore at all.” He also said: ”I haven’t been happy playing Hearthstone in a long time.”

In 2017, he joined the esports organization Cloud9. In the same year, Fors and AndyPyro reached #3 in the PUBG Gamescom Invitational.

In December 2019, Fors said that he declined a move to Mixer. ”I had an offer, and I declined,” Sebastian said.

On September 10, 2020, Forsen was banned again on Twitch. This time was for one day. Some speculated it was due to the recent DMCA regulation crackdowns plaguing Twitch.

On November 26, 2020, Sebastian received an indefinite suspension from Twitch due to accidentally showing an explicit Horse GIF on stream for “half a second.”

”I’m currently banned for the horse gif,” he wrote on Twitter. The streamer added: ”The ban is indefinite, which means undetermined ban duration. Unlucky.” Fors later deleted the VOD and any clips related to the incident.

Twitch streamer Asmongold defended Sebastian after learning the reason for his ban. ”I don’t think it’s really that big of a deal,” Asmon sarcastically stated. ”You show that for like a second, right? Cause it’s an accident.”

KaceyTron also defended Forsen: ”I’m not even like a Forsen fan or a Forsen simp or anything, but just to basically give the troll viewer what they wanted, and hurt someone financially like that for accidentally showing n####y?”

On December 16, Fors revealed he will be unbanned “slightly after Christmas.”

”Thanks for all the birthday wishes and general well wishes in dms and shit,” Sebastian tweeted. ”It seems I will be unbanned slightly after Christmas.”

He was unbanned on Twitch after one month suspension. ”I’m unbanned,” he wrote on Twitter on December 26, 2020. He added: ”I’ll cu guys tomorrow at 7pm cet.”

The two first met in 2015. ”One year ago, we met in this city for the first time as a couple,” Nani wrote on Instagram in December 2016. She added: ”I can be comfortable with the best guy ever.”

Nani Heichou is from Germany and has over 128k followers on Twitch. Nani played many games on her stream, including Playerunknown’s Battlegrounds, The Walking Dead, and Hearthstone.

What is Forsen’s net worth?

Sebastian has multiple streams of income, including donations on Twitch, ads on YouTube (about $300,000 in revenue) and Twitch, prize money from tournaments, sponsors (like Lidl), and subs on Twitch.

Therefore, Twitch streamer Forsen has an estimated net worth of $3 million.

READ THIS NEXT: Who is Katie Couric?