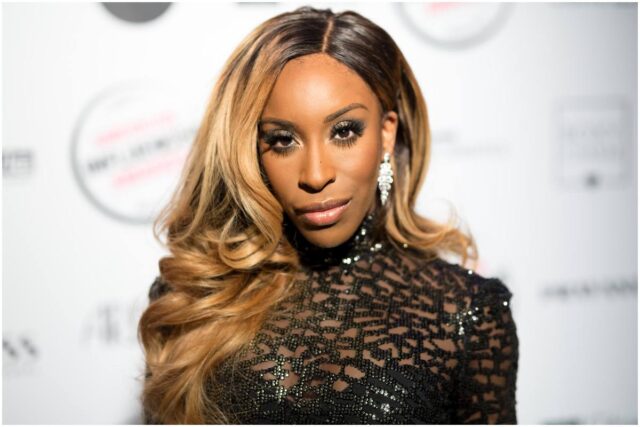 Jackie Aina is an American YouTube personality and beauty guru who released her home goods line ”Forvr Mood” in 2020.

She graduated from Vidal Sassoon Academy.

She was born on August 4, 1987, in California’s San Gabriel Valley as Jacquelyn Lonje Olayiwola Oyeshola Bolayemi Aina, to a Nigerian father of Yoruba descent and an African-American mother.

Aina studied medicine at California State University San Bernardino for two years. ”My dad is from Nigeria and he expected me to do something more traditional like become a doctor or lawyer,” she told The Cut.

Jackie joined the Army Reserve during her sophomore year in college.

”I was in the U.S. Army and did a lot of retail jobs on the side while I served in the reserves,” the beauty guru shared for Tubefilter. ”I also, at one point, worked for MAC Cosmetics, and started doing makeup around the time I started my channel!”

”Because I was in the reserves, it also meant I had a lot of free time to do other things,” she said.

The channel has over 3.57 million subscribers. Aina credits her Army skills for preparing her for online success. ”People watch my videos now and they’re like, ‘You changed so much!’,” Aina confessed during a 2018 interview.

”The channel [is] always going to be empowering people,” Jackie commented for Allure. She added: ”It’s always going [to] definitely be about people feeling good when they watch my videos and when they come on my channel.”

On April 2, 2017, she and Ghanaian-British productivity coach Denis started a collaborative YouTube channel, ”Denis and Jackie.”

In 2018, Jackie revealed that she got breast augmentation. ”Just because you like your body as is does not mean that you can’t make improvements … I was always very pro for doing whatever the hell makes you happy,” she said in a video called ”SOOOOO I got plastic surgery.”

Jackie released an eyeshadow palette in collaboration with Anastasia Beverly Hills in August 2019.

She announced the release of her home goods line, Forvr Mood on July 13, 2020. The company will sell fragrances, skin-care products, and candles. According to the company website: ”Every product we create is something Jackie LOVES, actively uses, and makes her life easier.”

In August 2019, Jackie Aina got engaged to her long term boyfriend Denis Asamoah in Santorini, Greece.

”The proposal took place on a private rooftop and had a direct view to the sunset,” Denis wrote on Instagram. ”This terrace was the perfect setting for a private dinner and proposal.”

Asamoah proposed to Jackie with a massive marquise-cut diamond ring. ”I was so anxious beforehand, and I thought my misses was going to find out as I am so clumsy, and I can’t hide shit,” confessed Asamoah on social media.

Note – Denis Asamoah is a British productivity coach who worked for The Bank of New York Mellon and Morgan Stanley. He is also the author of the motivational book titled ”The Truth About Time Management.”

”Writing a book was an unreal feeling and experience,” said Denis. ”My book is a must-read for those trying to improve their time management.”

In August 2020, he said for their one year anniversary: ”You’re one of a kind. So beautiful, special, thoughtful, motivating, intelligent, fierce, courageous, generous, brave, positive, go-getter, and more importantly true to yourself.”

READ MORE: Who is CohhCarnage’s wife?

Aina was married at 21 and living in Hawaii.

”At 21, I knew things that I liked, but I didn’t know that things I liked could also be the things that could make me money,” she explained in a video. ”I didn’t get the chance to explore those things because I was already married with someone who was already the breadwinner.”

”Whatever I do has to make people feel positive, it has to make you laugh or remind you of something pleasant.”

”I will only accept cash apologies only.”

”There’s no amount of positivity or money that could make reading mean comments feel better.”

”Whenever I travel, I always bring a piece of home with me.”

She has served in the US military force for two years. Her military experience led to a civilian position on an airbase in Kuwait.

Aina suffers from hyperhidrosis, a common condition in which a person sweats excessively. She first experienced it at 9 years old.

Aina earns most of her wealth from sponsors, ads on YouTube, and managing ”Forvr Mood.”

On YouTube, Jackie has more than 358 million views, meaning about $800,000 in revenue, before taxes. She has also worked for renowned brands like MAC Cosmetics, Sigma Beauty, Bobbi Brown Cosmetics, Sephora, Too Faced, e.l.f. Cosmetics, and others. Therefore, beauty YouTuber Jackie Aina has an estimated net worth of $1.5 million.

READ THIS NEXT: Who is Moonmoon_Ow?