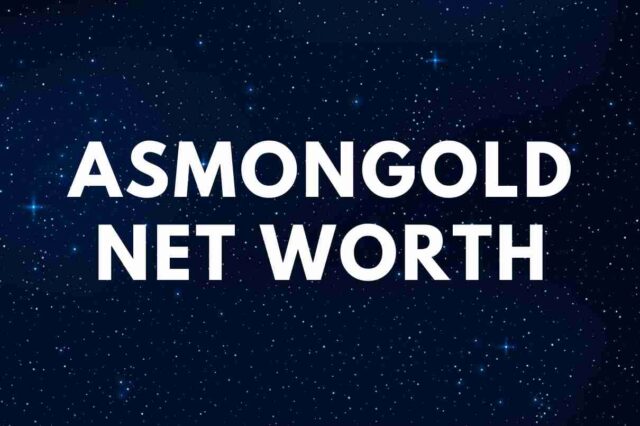 What is Asmongold’s net worth?

He’s a YouTuber, a highly respected World of Warcraft player, and a founding member of One True King—the rising gaming organization.

And more than all that, he’s got 2.4 million followers on Twitch.

Asmongold has been a staple on the gaming scene for well over a decade, and he’s showing no signs of slowing down.

So here’s what you need to know about the uber-popular Texan Twitch star.

Zack was fascinated with video editing and filmmaking from a really young age.

When he turned 11, his parents gave him a video camera for his birthday.

The passion for filmmaking and editing grew from there, and by the time he was in high school, he had fine-tuned his skills.

Zack was also into gaming.

He and his friends would regularly get together to play Warcraft—a gaming series that was released in 1997.

When he was 16, one of his high school computer class buddies sold him his first-ever copy of World of Warcraft.

He kept putting off playing the game and didn’t actually test-drive it until a year later.

Asmongold, as he would later become known, was hooked.

Once he graduated from school in Austin, Zack had no real plans to go to college.

His mom had become sick, so he stayed back to help the family take care of her.

A new video streaming platform was in its early days—a platform that catered to gamers and built a community around the gaming industry.

That platform was Twitch, and it was destined to be huge.

Zack joined and started streaming on the platform in mid-2011.

After his mom recovered, he headed to business school—but by then, he already knew what track his career was on. His mom passed away in October 2021.

READ MORE: What is the net worth of Pokelawls?

Since he started streaming on Twitch in 2011, Asmongold has racked up 189 million views on the gaming platform.

In 2021, he was officially ranked the 49th most viewed user of Twitch.

He had also streamed more than 6,000 live hours of content to his followers.

One of the biggest drivers behind Asmongold’s success on Twitch was the release of the World of Warcraft Classic in 2019.

Following that, his popularity soared—securing him a place as one of the most followed WoW streamers.

How much influence does this down-to-earth gamer wield, you ask?

Well, stats show he keeps WoW in the Top 10 Most-Watched Games on Twitch every month—by himself.

He was so popular, in fact, that his core friend group was made up of some of the biggest WoW players in the world—gaming influencers like Mizkif, Rich Campbell, Tips Out, and Esfand.

The buddies got together to form the gaming organization OTK—which stands for One True King.

The team, which includes influential players like Trill, Samiyam, Cdew, and Mes, placed third in the North American Shadowlands World Champions in 2021.

Zack describes the OTK structure as a media house built “around friendship in general” rather than as an esports team.

Despite Asmongold describing his crew as a media house, the collaborative has been doing their bit for social causes, too.

Games for Love is dedicated to creating sustainable futures for kids. To raise those funds, Zack did something he said he’d never done in his life: eat a salad. While the experience looked excruciating for the anemic-looking gamer, it got him what he wanted—his first $100k.

Asmongold promised his viewers that when he hit the $100,000 mark, he’d even sweeten the deal—if you can call it that.

He agreed to get in the shower live on his Twitch stream. The hilarious streamer kept it classy with pants on, joking about starting an OnlyFans account and modeling some bikinis.

The all-around good guy of gaming often talks about social issues in his live streams.

Often referred to as the anti-influencer of gaming, his fans and followers enjoy the deep conversations he gets into while offering tips and tricks for WoW.

READ MORE: Who Is Steve Hofstetter?

In 2018, Asmongold started to date Pink Sparkles, a Twitch streamer who has over 267K followers on Instagram. Pink Sparkles has an estimated net worth of $0.6 million.

In December 2019, Pink Sparkles and Asmongold broke up after dating for more than a year and a half.

”We broke up this morning. It’s a long story, I don’t want to get into it. I try to keep my personal life and my private life and drama off my stream,” Zack said in a stream. He added: ”It sucks, right? Etc, that’s the way it goes.”

In July of 2020 fans noticed during a live-streaming session that he had a certain tab open.

Although he tried to ignore the faux pas for as long as possible, he eventually laughed it off with fans in his chat feed—before appearing in a LivestreamFail subreddit.

Many people are wondering how much money does Asmongold make? Here are the details:

Zack earns most of his money from his subscribers on Twitch and ads on YouTube. In addition, Asmongold earns money from ads and donations on Twitch.

On December 20, 2020, Asmongold announced his partnership with Mountain Dew.

Asmongold has several YouTube channels that combined have over 1.4 billion views. However, many of his YouTube views are claimed.

He also sells merch on redbubble.com/shop/asmongold+t-shirts.

Therefore, Twitch streamer Asmongold has an estimated net worth of $3 million.

READ THIS NEXT: Bajheera – Streamer Profile