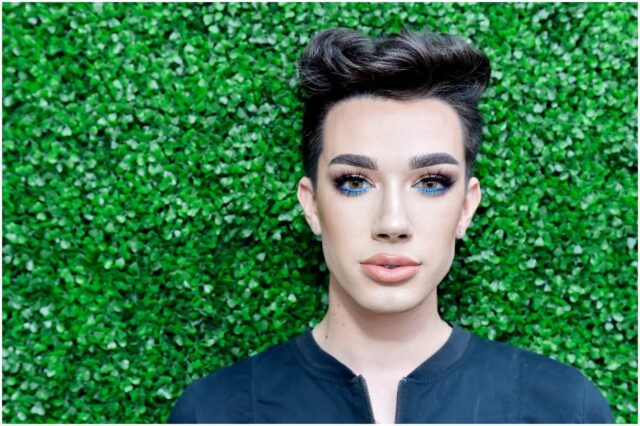 James Charles is an American openly gay makeup artist who rose to prominence as the first-ever male model for Covergirl in 2016. With CoverGirl, James has had the opportunity to work with brand ambassador Katy Perry.

His younger brother, Ian Jeffrey, is a fellow social star.

James first came out as gay to his parents at the age of 12. His parents were very supportive of him. In addition, they motivated him to wear make-up so as to feel more confident.

Moreover, his father helped him convert their basement into a makeup studio. In one of his Instagram posts, James thanks his father for being encouraging and inspiring at all times.

In 2017, he graduated from Bethlehem Central High School.

On October 11, 2016, James became the 1st male spokesmodel for cosmetics brand CoverGirl, an American cosmetics brand that was founded in Maryland, by the Noxzema Chemical Company. In 2017, CoverGirl reinvented its brand by adopting a new strapline:

“I Am What I Make Up” instead of the previous one “easy, breezy, beautiful.”

In 2017, he walked the runway for MarcoMarco’s Six 1/2 collection during LA Fashion Week.

In 2018, Charles won the Streamy awards for the best YouTube channel in the beauty category. In the same year, he became a member of the Sister Squad alongside Emma Chamberlain and the Dolan twins.

In her video, Tati accused James of:

James later uploaded a response video, entitled “tati,” addressing the issues raised by Tati and apologizing to both her and her husband as well as to his subscribers. He said that it’s true that Tati and her husband did a lot for his early career.

This YouTube video received mostly negative feedback, with the video becoming one of the most disliked videos in YouTube history.

In March 2019, he did the makeup for Iggy Azalea’s music video shoot for “Sally Walker.” Furthermore, James made a cameo appearance in the video.

According to some sources, James Charles dated Aaron Fuller (internet personality and rising model/actor who has more than 265,000 followers on his ”aaronxfuller” Instagram account) back in January 2017, but Charles bailed because Aaron was using him for fame.

Also, he was in a relationship with Jackson Krecioch, an American Youtuber and social media star from Milwaukee, Wisconsin who is best known for posting different fashion looks on Instagram.

James did Kylie Jenner’s Halloween makeup in an October 2018 video which became one of his most viewed posts.

In 2018, James collaborated with Morphe Cosmetics to release an eyeshadow palette.

Moreover, in January 2019, Charles was invited to Birmingham to open Morphe Cosmetics’s second store in the United Kingdom, where more than 7,000 fans showed up to see James.

“there have been girls in the past who I’ve thought were very, very beautiful.”

”There’s also been trans guys in the past, too, that I was really, really into for a moment in time.”

In February 2017, he was criticized after tweeting an offensive joke about Africa and Ebola. James later issued an apology saying:

“I am extremely sorry for what I said. There are no excuses.”

James appeared on TheEllenShow on November 14, 2016.

In January 2020, Charles has leaked his own phone number and received “more than 10,000 messages” in a single day. He explained:

“One of my biggest goals for 2020 was finding more ways that I can communicate and talk to you guys directly, when I’m not able to give you hugs at meet and greets and stuff.”

Charles earned most of his wealth from advertisements on his YouTube channel, which has more than 3.2 billion views, meaning about $10 million in revenue before taxes. He’s also the founder of the clothing line, Sisters Apparel.

He released an eyeshadow palette in collaboration with Morphe Cosmetics in 2018.

In addition, James earns money from posting paid posts on his Instagram account as well as being the first-ever male model for Covergirl.

Charles bought a $7 million home in Encino in February 2020. Therefore, YouTube personality James Charles has an estimated net worth of $25 million.

READ THIS NEXT: Steven Lim Net Worth