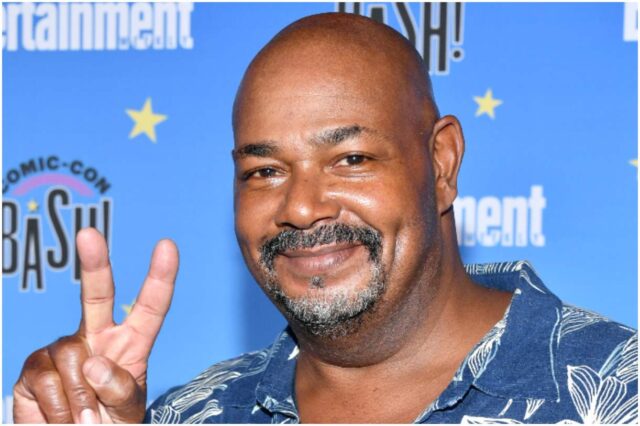 Kevin Michael Richardson is an American voice actor and actor, who is the voice of Tartarus in Halo 2. In addition, Kevin was a member of the cast of Fallout Tactics.

Richardson is best known for his voice work in Lilo & Stitch, Ratchet & Clank, and The Cleveland Show, as well as for his role as Joker in The Batman.

His first role was in the movie – Something to Live for: The Alison Gertz Story (1992).

From 2004 to 2008, he was the voice of Joker for 20 episodes in The Batman, an animated TV series produced by Warner Bros. The Batman was nominated for 12 Daytime Emmy Awards. Kevin received two Daytime Emmy Award nominations for his work as The Joker.

In the same year, Richardson was the voice of Jabba the Hutt in Star Wars: The Clone Wars, a computer-animated TV series produced by Lucasfilm Animation and created by George Lucas. The film grossed $68.3 million worldwide against an $8.5 million budget.

From 2012 to 2017, Richardson was the voice of Shredder in Nickelodeon’s Teenage Mutant Ninja Turtles, a 3D rendered computer-animated TV series based on the fictional superhero team.

He said about Shredder for Gekmom:

”He’s a character that maintains power and power in his mind without really yelling.”

Kevin went on to say:

”I felt that this guy was just a no-nonsense, straightforward, powerful, ‘he will slice you and dice you,’ kind of character – if you cross him at all.”

In 2006, Kevin Michael Richardson got married to Monica Richardson, an American producer and actress, who voiced Queen Halia and Willawing in Sofia the First and Sofia the First: Once Upon a Princess.

She also performed as Harriet in The Batman and in The 13th Step.

The couple lives in LA with Monica’s two sons (Michael and Anthony) from a previous marriage.

Richardson earned most of his wealth from the 549 movies and TV series that he performed in.

You have heard Kevin on:

Therefore, Kevin Michael Richardson has an estimated net worth of $1.7 million.

READ THIS NEXT: Biography of Elizabeth Taylor’s Son