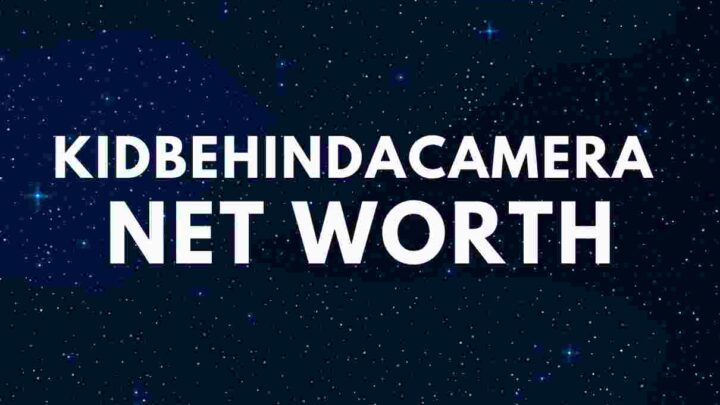 Michael grew up in poverty with his family.

His father is Charles Marvin Green Jr., better known as Angry Grandpa, one of the stars of ”The Angry Grandpa Show.” He made his online debut on Christmas Day 2007.

In 2015, Michael bought his father a new house. ”My son bought me a house. I have no words for how much I love him,” Charles said. ”I love you son.” Michael said: ”Every kid wants to buy their father a house.”

Angry Grandpa passed away on December 10, 2017, due to cirrhosis of the liver. He was 67. ”He died with a scowl on his face,” KidBehindACamera said in an interview. ”But his last words were ‘I love you.’”

After the death of his dad, Kid became depressed and put on about 50 pounds (22 kilograms) of weight. ”When we lost Grandpa in 2017 I didn’t know how much longer this ride would last but somehow we’re still here 3 years later and that doesn’t happen without you [his fans],” Green tweeted in November 2020.

On July 5, 2011, he started KidBehindACamera. It has more than 2.43 million subscribers.

On July 18, 2011, Michael started another channel, called GrandpasCorner. On this YouTube channel, Green usually uploaded cooking videos. It has more than 939k subscribers.

In 2014, Green appeared in the short film ”Angry Grandpa: The Movie.”

”Today I was diagnosed with diabetes and I know the trolls are like laughing … hey, this is your moment,” he said in a video at the time. Michael added: ”Okay. I was diagnosed with diabetes and I should have seen it coming … you guys have been calling that you said it was gonna happen if I didn’t start taking care of myself and look … and that exactly what happened. You guys were right.”

Green weighed 412 lbs at the time of the diagnostic.

In November 2018, Michael was interviewed by Boogie2988. They talk about an array of topics, especially about clickbait.

On December 25, 2018, Green released an album titled – “Ashes.” It was created as a tribute to his dad. ”This album is a labor of love for my father who I miss every day,” Pickleboy said. ”I love you dad and I’ll never forget you.”

KidBehindACamera is engaged to Bridgette West. She has a YouTube channel with more than 292,000 subscribers.

Green met Bridgette on Myspace in 2008.

”One thing I’ve learned the last year being a father. It takes 3 days to watch a movie,” Michael wrote in November 2020 on Twitter.

”It’s amazing to see that my father touched so many lives.”

”Not everybody is going to see things the same as everyone else.”

”I’m just ready to stop being angry all the time.”

”Everyone’s fighting, we have to choose between mom or dad and when it’s all said and done, one of them is moving out.”

Michael is friends with Jesse Ridgway, a YouTuber who is best known for his series, the Psycho Series.

Green is known for his unhealthy lifestyle and poor personal hygiene.

He received the nickname “Pickleboy” in 2009 after a failed prank.

Green earned most of his wealth from advertisements on his YouTube channels that have over 2.8 billion views — meaning about $4 million in revenue before taxes. Therefore, YouTuber KidBehindACamera has an estimated net worth of $4 million.

READ THIS NEXT: Who is Steven Crowder? 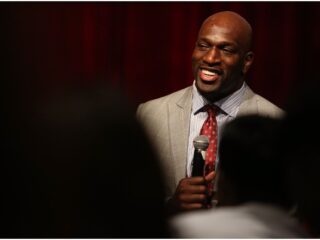