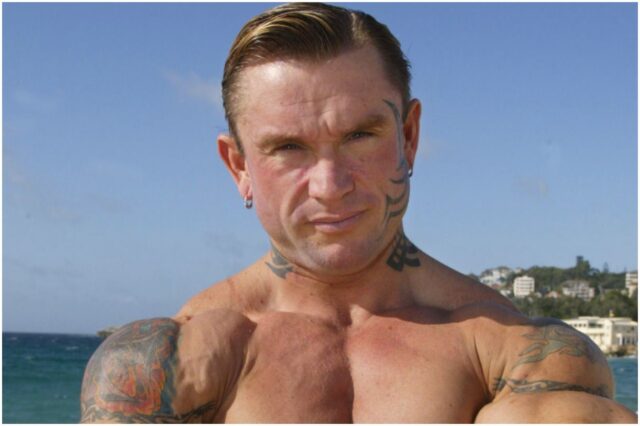 Priest has gained popularity in the bodybuilding world due to his laconic sense of humor and willingness to talk to and help young up-and-coming bodybuilders in a down-to-earth manner.

His mother was a bodybuilding competitor who competed with him onstage.

At age 12, Lee started training with his grandfather. Priest won his first competition a year later. During an interview, he said:

From ages 17 to 19, Lee went on to win Australia’s International Federation of BodyBuilders.

Despite the fact that he won The Mr. Australia title at the age of 19, Priest couldn’t win his Pro card in Australia (he was too young).

Following a 7-year absence from competitive bodybuilding, he returned in 2013 to compete in the NABBA Mr Universe. There, Lee won the overall title as an amateur.

In 2017, he was in the hospital. According to the sources, Priest suffered from endocarditis, an infection of the inner lining of the heart valves and heart chambers.

Symptoms of endocarditis include:

While in the hospital, Priest wrote on his social media accounts:

On July 1, 2000, Lee Priest got married to Cathy LeFrancois, a female bodybuilder. She made her pro debut at the 1995 Jan Tana Classic. In 2013, Cathy was ranked in the top 10 best female bodybuilders in the IFBB Bodybuilding.

According to Lee, they are no longer together and have parted on amicable terms.

At 162 cm, Lee is one of the shortest professional bodybuilders.

He has a DVD called – TRAINING CAMP. On this DVD, the producers followed Priest to his posing next night at a huge bodyweight at his Aussie seminar, to his training camp in Australia, and to the 1997 English Grand Prix, presenting all the hardcore muscle action.

Other training videos he released are:

Priest told that he typically eats six full meals a day, about every 3 hours apart. His regular nutrition contains the following foods:

”I enjoy the sport (rugby), but there are a lot of nagging little injuries that come along with it, and they impeded my training for bodybuilding, so I stopped.”

”I plan on competing until it’s not fun anymore. I’m into driving stock cars lately.”

“I had a guy come up to me once in the gym when I’m training arms and tell me that I should do curls this way. I looked at his arms and they were about fifteen inches. That would be like me walking up to Tom Platz and telling him how to squat!”

Priest was sponsored by Black Skull (a company that produces dietary supplements for bodybuilders) for about five years. In 2019, he left them since they didn’t pay on time (according to Priest).

In the same year, he decided to have his face tattoo removed. Priest declared:

“To me, it’s almost like a woman wearing the same lipstick every day. After 13 years you’d be bored of it and need a change.”

In November 2014, the Australian bodybuilding legend joined MuscleSport Magazine (which covers sports, bodybuilding, and overall fitness) and started to write a monthly column.

He made an appearance in a local Australian TV show. In addition, he helped with the bodywork for the movie “The Hulk,” a 2003 American superhero film.

He’s a racing enthusiast who’s won the SCEDA Racing Championship in Lancaster, CA and Rookie of The Year in 2005.

Priest earned most of his wealth from participating in many bodybuilding competitions. Also, Lee has earned some money from selling his DVDs, sponsors (especially paid posts on Instagram, where he has more than 428,000 followers), and coaching other bodybuilding enthusiasts. Therefore, Lee Priest has an estimated net worth of $1.35 million.

READ THIS NEXT: Is Katy Hearn married?