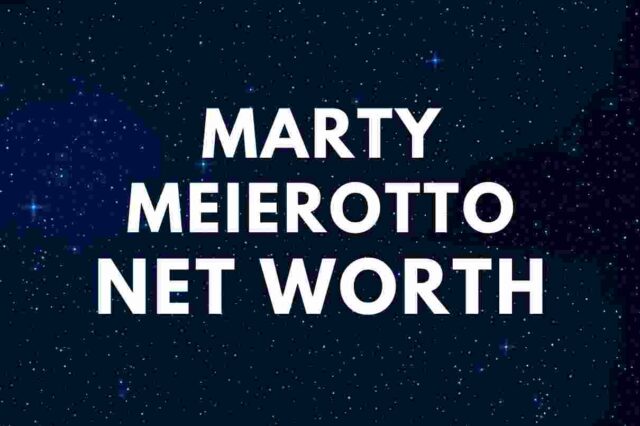 Marty Meierotto is an American trapper, reality series celebrity, and author, who has gained fame after appearing in ”Mountain Men.”

He was born in Wisconsin, USA.

At age eight (some sources say seven), his father took him fur trapping for the first time.

At age 25, Meierotto moved to Alaska.

During summer, he works as a jumper for the Alaskan Fire Service.

He also has a cabin situated close to the Draanjik river, on the Northern slope of Alaska.

From 2012 to 2019, Meierotto appeared in 103 episodes of Mountain Men, a reality television series that follows trappers and survivalists as they struggle to survive in the wilderness using basic survival techniques.

Once a month, he flies his Piper PA-18A-150 Super Cub aircraft with tundra tires to his cabin. At his cabin, Meierotto tries to trap wild animals.

”Breaking trail, punching new line, building sets,” Meierotto said. He added: ”It’s hard work. But it’s part of the job. That’s what I have to do.”

Other cast members of Mountain Men are:

His last appearance on Mountain Men was in 2019. Meierotto left the series to spend more time with his family.

”I thought a lot about it and that’s the decision I made,” Meierotto said in an episode of Mountain Men. He continued: ”It’s gonna be the best for her and family time and all that.”

Some fans of Mountain Men were disappointed. ”My husband and I are disappointed with this season! Bring back Morgan & Margaret, Marty, and Rick,” a viewer commented. ”Show more of Tom & Shawn, more of Eaustus Conway. Send the cowboy brothers HOME.”

On September 1, 2020, Marty published a book titled – ”In the Land of Wilderness: The writings of Marty Meierotto.” In the book, Meierotto writes about living in the remote Alaskan Bush and also details many adventures.

The couple has a daughter, Noah Jane Meierotto.

They reside in the small Alaskan town of Two Rivers — it lies between mile 25 and mile 13 on the Chena Hot Springs Road.

”Wolverines (a stocky and muscular animal) are my nemesis. They’re bad hombres. They’re notorious for just robbing you. Now we got a game to play. Sometimes I win. Sometimes he wins.”

”I love talking trapping, being in the woods, and bush living. It’s what I do.”

”Wolverine really trashed the place … all he left me was a couple of hairs.”

Meierotto earned most of his wealth from working for the Alaskan Fire Service, selling his book (”In the Land of Wilderness”), and starring in 103 episodes of Mountain Men. Therefore, Marty Meierotto has an estimated net worth of $0.2 million.