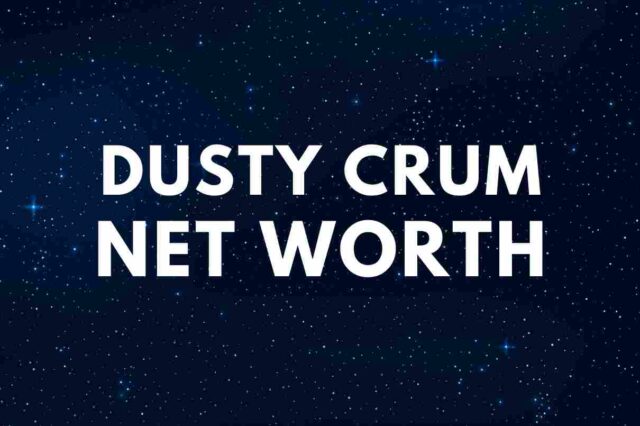 Dusty Crum, also known as The Wildman, is an American snake catcher who gained fame for appearing on the Discovery Channel television series, ”Guardians of the Glades.”

On May 10th, 2017, Dusty was filmed catching a large python with his bare hands in the Florida Everglades. The snake measured 16 ft and had 78 eggs.

”Biggest snake I ever caught in my life right here,” Dusty said. ”It is like Andre the Giant versus Hulk Hogan, WrestleMania.”

Guardians of the Glades

Starting in 2019, Crum appears in ”Guardians of the Glades,” a reality series that follows Dusty trying to clear the Florida Everglades from Burmese pythons, an invasive breeding population of giant constrictors.

Note – more than 87% of the Everglades’ mammal populations have disappeared because of the invasive Burmese pythons. They prey on a wide variety of mammals, birds, and crocodilian species occupying the Everglades.

Currently, nearly 300,000 invasive Burmese pythons are estimated to be present in the Everglades. Native to Southeast Asia, Burmese pythons were first brought to the US as exotic pets. The importation of Burmese pythons was banned in the US by the US Department of the Interior in January 2012.

”This is about Florida’s ecosystem,” Crum said. He added: ”It’s about what’s happening in our world.”

In his mission, Dusty is accompanied by:

”For me, it is more than just hunting pythons,” Britanny said. ”The Everglades is slowly dying and I don’t like killing pythons, but something has to be done.”

The first season of Guardians of the Glades has fourteen episodes. In the last episode, Dusty was face to face with the massive python. ”I was calm until I thought it was gonna break my neck,” Crum confessed. He continued: ”I was probably seconds away from something bad happening.”

The second season premiered on January 7, 2020, on Discovery Channel and DiscoveryGO.

In early January 2020, Crum participated in Florida’s 2020 Python Bowl, a conservation effort that helps protect the special Everglades habitat. He earned second place. Participants in the competition removed 80 invasive pythons from the Everglades.

”It is imperative that we are all educated on the effects of the Burmese pythons to our native wildlife,” said Rodney Barreto, Chairman of the Miami Super Bowl Host Committee.

In 2021, he captured a 16-foot Burmese python from the Florida Everglades.

Crum is paid by the South Florida Water Management District to remove Burmese pythons from the Everglades. He also received some bonuses, such as:

Dusty also appears in the reality TV series, ”Guardians of the Glades.” The show is produced by Discovery Channel.

Moreover, Dusty and his girlfriend sell products (belts, wallets, and purses) made from the tanned hides of the snakes he captured. ”We do boots, we have belts, bracelets, purses, clutches, men’s wallets, card cases,” Natalee said.

Therefore, snake catcher and reality series star Dusty Crum has an estimated net worth of $300,000.

READ THIS NEXT: Who is Mike Holmes?