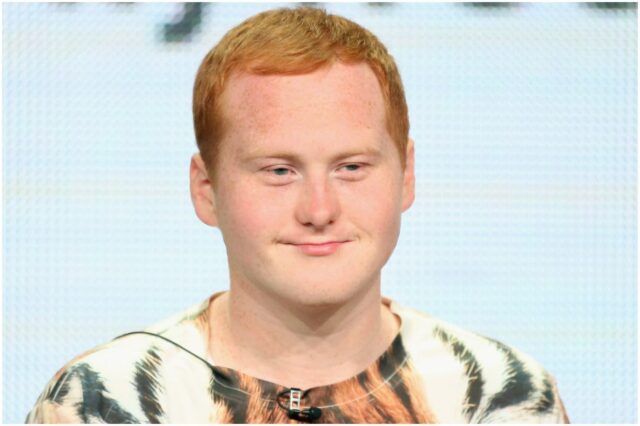 Michael Kittrell, also known as Claire Kittrell, Michael Copper or by his username CopperCab, is an American television and internet personality who is best known for his work in the REELZ reality series Hollywood Hillbillies as well as for his YouTube video “GINGERS DO HAVE SOULS!!”

He was born in Grayson, Georgia on October 30, 1992, to Elecia Lynn and William Roy Kittrell. Michael attended Grayson High School.

On the same day, Kittrell posted his first video online entitled “Gingers Do Have Souls!!” In the video, he performs an improvisational monologue styled rant in which Michael complains that South Park (an American adult animated sitcom created by Matt Stone and Trey Parker) has caused him bullying due to the episode “Ginger Kids.”

Later, South Park would use this parody on television, as a promotion for their season 14 premiere.

On April 18, 2011, he created his CopperVision channel. With over 1 million views, his most popular video on the channel is “Give Michael his account back.”

On January 21, 2014, Kittrell got his own reality series titled ”Hollywood Hillbillies,” in which he, Mema (his grandmother), and his entire family move from Georgia to Los Angeles, California.

On February 6, 2015, on his Twitter account, he announced a film titled Ginger: ”The Legend of CopperCab” in the works. His third rap video “Hotel Parties” was released on March 9, 2015.

On September 26, 2015, Kittrell announced he was getting engaged with Karah. Also, Michael announced that he was due to be married on February 14, 2016.

In January 2020, he released a video “GINGERS STILL HAVE SOULS!!” in honor of the tenth anniversary of his channel.

In August 2016, he came out as a transgender woman under the name Claire Kittrell, and tweeted that she has been undergoing hormone replacement therapy to transition.

In the video tagged as #TransPride, Kittrell explains that he’s no longer going to hide, even though he knows a lot of fans will think he’s joking or make fun of him.

“It may seem cliché, but Caitlyn Jenner helped me out a lot. I know that she gets a lot of flack because she is a lady of means.”

”She has a lot of money and not every trans person can look like her because she’s able to afford surgery.”

Some followers said that he is just trying to go viral again on YouTube, however, since the video was uploaded, he has changed his profile photo to show his new identity. Additionally, Kittrell has said that he’s had overall “overwhelming support.”

On November 14, 2016, he wrote on his Twitter account that if he ever has a daughter, he is going to name her Max.

In October 2018, Michael sparked concern among fans after he was mysteriously hospitalized.

On Oct. 9, Kittrell’s sister Aubrey offered her first update on what is going on with the internet star. She wrote:

“Hey I just wanted to fill you guys in a little more on what’s going on, Michael’s in the hospital and I’m not sure on his condition at the moment.”

Fortunately, in one of the most recent updates, Kittrell simply tweeted he was “ok.”

On October 23, 2018, he started a GoFundMe campaign to repair his MacBook Pro.

It is currently unknown who Kittrell’s parents are, nevertheless, he has rarely mentioned them.

He has a deep hatred for South Park due to the creators criticizing and making fun of people, especially redheads, their famous “Angry Ginger.” Michael has been featured in several episodes of South Park.

His most popular video is “GINGERS DO HAVE SOULS!!,” in which he was 17 years old.

Kittrell is a hardcore RuneScape fan and has played the game since March 2001.

One of his traits is whenever he spits on the camera lens when screaming, he sometimes puts the camera down and wipes the lens with his shirt.

Michael created a channel for his grandmother, where he would produce videos of her sitting in a rocking chair on the front porch of there house in Grayson, GA.

On July 12, 2017, Kittrell wrote on Twitter that ever since he was a child, he wanted to be a gynecologist.

Kittrell said he is proud of his hair and being a “ginger.”

”If I go out dressing, I feel terribly awkward because I’m growing facial hair because I’m trying to teach myself to let go. I’m getting out of the mindset that it is not about my appearance but how I feel.”

”I hadn’t made a video in like six or seven months, I had let everything die down on my Youtube Channel and I was trying to get away from the Internet because there was so much negativity.”

“I went from an angry kid bullied at school by a handful to a kid being laughed at by millions across the world. What’s a few more people staring at me on the street gonna really do?”

Kittrell earns most of his income from starring in reality series, sponsors, and advertisements on his YouTube channels. Earnings on YouTube are difficult to calculate because they depend on so many things, however, on average, 1 million views on YouTube bring about $2000.

In the present day, all his channels have over 130 million views, which means about $260.000. Keeping this in mind, Michael Kittrell has an estimated net worth of $0.4 million.

READ THIS NEXT: Who is Amanda Hackey?