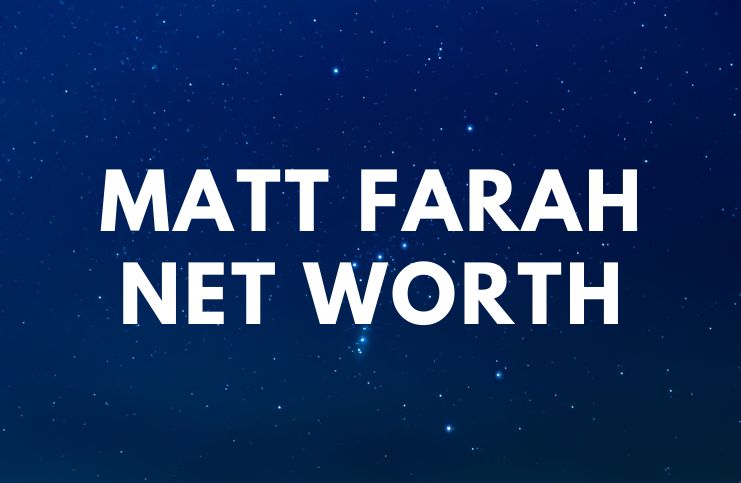 Matt Farah is an automotive journalist who is best known for his “every man’s” approach to car reviews.

In 2004, Matt graduated from the University of Pennsylvania with a Bachelor of Fine Arts in Photography.

In 2007, Farah started his YouTube channel ”The Smoking Tire,” albeit under a different name. He also has a website with the same name.

On his website and YouTube channel, Matt films himself driving modified cars owned by regular people who have put significant energy and time into creating custom-built rides that meet their individual performance goals and express their personality.

Additionally, he hosts various shows on other YouTube channels, such as – ”/TUNED” and ”/DRIVE.” Also, Matt is starring on “The Car Show” on Speed Channel with John Sally, Adam Carolla, and Dan Neil.

Over the course of five years, Matt would go on to review over 750 cars without skipping a beat.

Farah currently has a 1996 Lexus LS 400 that has over 965,000 miles on the odometer. Matt bought this car a couple of years ago with around 850,000 miles on it. In an attempt to break through the key seven-digit milestone, “the million mile Lexus” is often loaned out to friends for long road trips.

Exclusive cars such as the Audi R8 4.2 Supercharged, 2011 Shelby GT500, and Ferrari 458 Italia have been featured on his YouTube channel.

With over 9.6 million views, the ”Amazing Car Collection at AE Performance” (Paul Walker and Roger Rodas car collection) is the most viewed video on The Smoking Tire channel.

He has lived in locations, like – Georgia, New Jersey, Los Angeles, and Pennsylvania.

“Driving something like this on a public road is honestly an absurd proposition.”

”Once you’re moving it’s ok, it’s just the stopping and starting is such a nightmare.”

In the present day, his channel ”The Smoking Tire” has over 288 million views, which means about $576.000. Keeping this in mind, Matt Farah has an estimated net worth of $1.6 million.

”The only thing between most people and a seven-hundred, or eight-hundred horsepower car is a few thousand dollars.”

”When I go to my grave I want to be able to say that what you heard in that review is what I really thought.”

”Best celebrity story was from back in the day, my best friend and neighbor dated Anna Paquin for about a year when she was at Columbia… Like most actors I’ve met, she’s a little strange, but damn if she wasn’t every bit as hot in person as she is on a screen.”

”Tires can be the difference between winning a race and dying a fiery death.”

”Let me be clear, I do come from a place of moderate privilege. I had advantages that other people didn’t have. I’m aware of that. I’m not sorry for it. It just is what it is.”

”Top Gear is a scripted show, from beginning to end. And I don’t work like that. I’m one of a few people who can do a whole show without a script, without needing to be told what to say or do, and I’d rather do that.”

”Even a mostly terrible car, like the stock Mitsubishi Lancer I drove, if its maintained well and has decent tires on it, will be an acceptable driving experience.”

”I grew up pretty much obsessed with cars. I used to drag race in high school. I thought it would be cool to be one of the guys that could write for the magazines.”