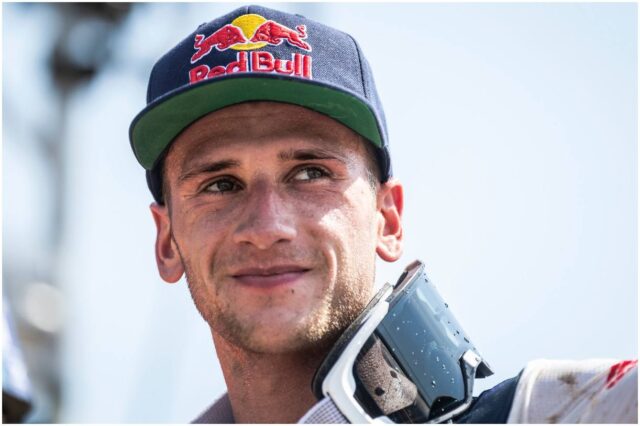 What is Ken Roczen’s net worth?

Ken Roczen is a professional supercross and motocross racer who is currently competing in the AMA Professional Motocross and Supercross series.

He was born on the 29th of April 1994 in Mattstedt, Germany. His father is Heiko Klepka.

In 1999, Ken started on an 85cc bike and first competed when he was 15 years old in the MX2 World Championship.

In 2009, he burst onto the European motocross scene, winning back-to-back Masters Championships in Germany.

In 2011, Roczen became FIM World Motocross Champion at the age of 17. In the same year, he placed first at the Motocross des Nations.

In 2013, Ken won the Supercross 250 West Championship. He ended the season 2 points ahead of Eli Tomac.

”I have always switched early to the bigger classes. I have never been the kind of person who stayed in a lower class – even though I could – for too long, because I always wanted to move up and just get to the very top, like the 450 class, and try my best here.”

During his rookie season racing in the 450 class, Ken burst out of the gates, winning 4 of the first 6 overalls, and making all but 2 podiums over the course of the season.

In 2016, he won multiple Supercross races and claimed the 450 AMA Pro Motocross Championship with 9 of a possible 12 overall victories.

In January 2020, he won his first AMA Supercross race in 3 years.

In 2017, Ken joined Team Honda HRC and dominated the opening two rounds of the AMA Supercross series. At the Anaheim 2 race, he had a crash that ended his season. During this crash, his left arm took the brunt of the fall.

When Ken slammed into the dirt, the crowd of 40,000 at A2 issued a stadium-rumbling groan, then fell silent. Roczen in a later interview:

“I’ve had enough injuries to know when something’s broken. I mean, I’d fallen from so high in the air that something had to give. My arm was completely demolished.”

After the crash, he spent one night in a nearby hospital in Irvine. The following morning, his agent hired a private plane to fly Ken to the Steadman Clinic in Vail, Colorado. Ken wrote on his Instagram account:

“Once again there was a lot going on here. Shattered hand, dislocation of all metacarpals and torn ligaments.”

”Been in A LOT of pain since the surgery. Sometimes we get tested in life. We take care of this sh*t come back and try this again.”

Ken underwent 11 surgeries between January and July 2017 to repair compound fractures to his ulna and radius, torn ligaments, scaphoid fractures, and a dislocated elbow.

He said in an interview with ESPN.com:

“I think more than half of people thought I was done. Maybe everybody. At first, we thought we were done.”

”Well, once you’re hurt, you realize how shitty it is being on the sidelines, possibly losing an arm, or other people with other problems.”

Roczen went on to say:

”I just want for people to be happy, especially because I feel like ’17 was a shit year for a lot of people, not just for me.”

The terrible crash nearly ended his career, but Roczen was back on the starting line for the 2018 season-opener.

READ MORE: Abby Huntsman Addresses Her Exit From ‘The View’

Ken is an avid surfer, golfer, and wakeboarder.

Roczen joins an elite group of riders who hold the distinction of winning the title in their rookie season, including:

He speaks Flemish. Ken picked the language up before moving to the United States when he spent a large portion of his time in Belgium.

READ MORE: Who Is Jared Outlaw?

He is the most decorated German rider in the sport of motocross at the age of 23.

Ken is actually the first German-born winner and champion in supercross history. The last time a German had won a championship was when Paul Friedrichs (the first rider from the eastern ‘bloc’ of a divided Europe) did it in 1968.

”My dad had a team, and we had a track at our house. My sister Shelly rode, and I wanted to ride too. The rest is history!”

”I am a big believer in having balance in life. Racing dirt bikes is what I do, but it is not who I am or who I plan to be after I retire. That will be a different life.”

”Aldon and I have completely different personalities. I just disagreed with a lot of things that he did, and in the end, that led me to leave.”

”I always have salt tablets with me. Our workouts are so intense, and it’s not like we’re in an air-conditioned gym—we’re outside in Florida during the summertime.”

Roczen’s annual salary was not released to the public, but professional motocross riders make their money through a combination of purse money, race wins, endorsements, team salaries, and championship bonuses.

It is thought that a racer of Roczen caliber earns over $500,000 per year.

Therefore, professional motocross racer Ken Roczen has an estimated net worth of $4.5 million.

READ THIS NEXT: Everything to know about Arin Hanson