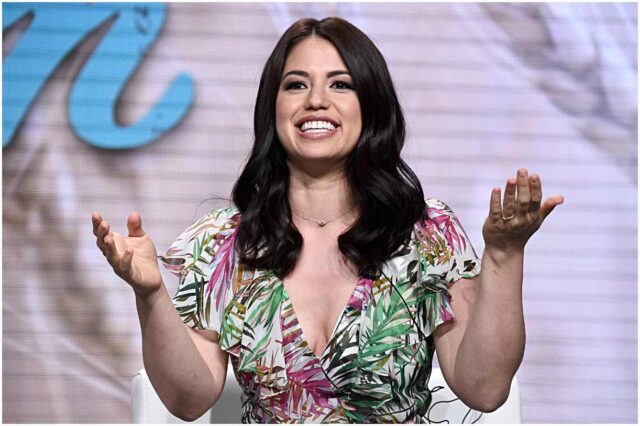 What is Molly Yeh’s net worth?

Molly Yeh is an American TV star, Instagram celebrity, food blogger, and cookbook author, who became known as the creator of the cooking blog, ”My Name is Yeh.”

Her mother is a Jewish New Yorker, while her father is Chinese and from LA.

Molly has a younger half-sister, named – Mia, and an older sister, Jenna, who is also a chef. Yeh said:

”My sister went to culinary school, so I learned from her too.”

”I graduated from Juilliard with a degree in percussion.”

In 2009, Yeh started her blog as a personal diary while on vacation. During an interview, Molly confessed:

”I have zero eye for site design and struggled with this for years when I first started out.”

”The first recipe that I really got to know and love and what kind of started my love for recipe development was macaroni and cheese.”

Molly was named Saveur’s “Blogger of the Year” in 2015, reported BonAppetit.

In 2016, Yeh published a book, titled ”Molly On The Range: Recipes and Stories from an Unlikely Life on a Farm.”

It was renewed for a third season on March 12, 2019. The TV show typically shows Molly cooking Midwestern farm meals at her farm on the Minnesota-North Dakota border.

In 2013, they moved on a farm outside of East Grand Forks in northwest Minnesota. The farm has a vegetable patch, a cluster of steel silos, a red tractor, and a white house. Molly said about living on a farm:

”Hard work. I am definitely inspired by how hard my farmer husband and other farmers in the area work.”

After Bernadette was born, Molly said:

”She has a full head of hair and loves to stick her tongue out.”

”If you’re thinking about doing a move, try it for a year.”

”I have no choice, I have to keep going!”

”I love helping my readers look at a recipe in a new way.”

”I love collecting sprinkles whenever I go out of town.”

”I would much rather see one great blog post a month than 10 blog posts a month.”

”Focus on your little things that you love to do every day and tell people about them.”

”In Chicago and New York, it was always very easy to connect with Jewish culture.”

”I don’t want to make anything where I have to stand too close to the stove.”

Yeh was a co-host on a podcast showcasing young classical musicians, called – From the Top, in November 2018.

Yeh earns most of her wealth from managing her blog, selling her books (”Molly on the Range: Recipes and Stories from An Unlikely Life on a Farm” and ”Yogurt”), and starring in the television series – ”Girl Meets Farm.”

Therefore, Molly Yeh has an estimated net worth of $1.5 million.

READ THIS NEXT: Who is Gordon Sondland?