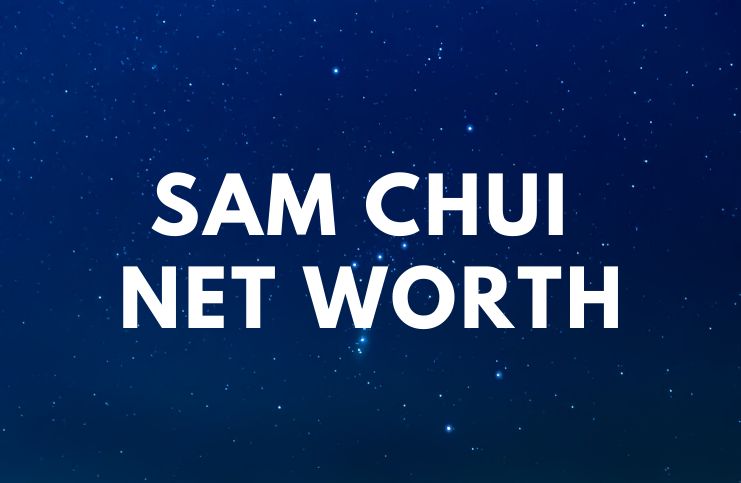 Sam Chui is a Chinese aviation enthusiast who is best known as one of the world’s most-followed aviation vlogger, blogger, and photographer.

Every year he travels upwards of 300,000 miles to share and test the experience onboard some of the finest fleets in the sky.

He was born on November 7, 1980, in Beijing, China. Chui migrated to Hong Kong with his parents in the mid-’80s. Sam later moved to Australia for high school and university.

In 2004, he earned a Bachelor of Commerce with Merit, Finance, and Business Economics.

This allowed him to merge his fondness for aviation. During an interview, he said:

”I have spent some of the happiest times of my life in the air.”

”It is that precious feeling of being above the clouds, the romance and the curiosity of flying which developed my passion towards aviation and travel.”

Chui currently hosts his own self-titled aviation blog (samchui.com) as well as he provides aviation commentary to global media outlets like Bloomberg News and CNN.

He also has an excellent job in finance in Dubai, hence, he gets paid for most of his flights, using his extensive miles and upgrade situations.

In the present day, Sam has flown over 1,800 flights, traveled to more than 100 countries, and gathered over 3.1 million miles around the globe.

In 2012, he boarded a flight to Tehran so he could score a seat on a vintage, 35-year old Boeing 747 on his return flight the next day.

On November 3, 2007, he started his self entitled YouTube channel. His first video is called – ”Singapore Air Inaugural A380 Suites In-Flight Service.”

With over 31 million views, ”Inside The World’s Only Private Boeing 787 Dreamliner!” is his most viewed video. Currently, his channel has more than 2.1 million subscribers.

“[A lot of] the audience looks at [my videos] as inspiration.”

“I get a lot of fan mail every day, and I’ve got so many people saying, ‘Sam keep going, we don’t have the means to do it, but watching your videos is the closest thing we get to seeing the first class of every single airline.”

Sam Chui is married to his wife, Amy Chui.

When asked about his favorite airport lounge, Chui responded:

Sam’s astrological sign is Scorpio. Scorpios are captivated by people who are as complex and mysterious as themselves. They appreciate traveling to far away places for long get-away as well as being listened to.

While many Scorpios hide from their own emotions, not knowing what to do with their depth and intensity, when they find a way to regenerate and forgive those that hurt them, Scorpios become amazing psychologists, healers, partners, and friends.

Moreover, Scorpios appear to be the most charming persons to everyone they come across. Some other Scorpio traits include being hard working and very opinionated.

Also, they are focused and passionate and love to live intensely.  Although it can sometimes be hard even for Scorpios to accept this fact, their greatest strength is their sensitivity.

When asked about how often does he fly, Sam said:

He is part of a generation called Generation X, which includes those born between 1965 and 1981. Self-reliance autonomy, rather than respect for authority, was a natural byproduct of the Generation X members’ childhood.

Born in a time of declining population growth, Gen X members are more independent than the prior generations and possess strong technical skills.

They learned that their parents were human and fallible and frequently found themselves treating their parents like older friends.

They naturally question authority figures and are responsible for creating the work/life balance concept. They were not coddled for every emotional need and want.

Moreover, generation Xers are frequently considered the “slacker” generation. Also, members of this generation found themselves home alone and taking care of their siblings, while their parents worked.

When asked about the number of loyalty programs he’s enrolled in, Chui answered:

Sam has gained the reputation of an “avgeek” – someone who has a love for planes/aircraft.

He was born in the Year of the Monkey. The Monkey is in the ninth position of the 12-year cycle of the Chinese Zodiac. Monkeys are very mischievous and many people are turned off by their eccentric antics.

They are usually condescending and arrogant. Though they are greatly admired, all the adoration and praise can get to a monkey’s head.

Monkeys seem to be very lucky when it comes to their positive traits and possess skills and talents many people find enviable.

These traits, along with their incredible fortune and luck throughout life, make monkeys remarkable leaders. In addition, people born during the Year of the Monkey possess cleverness, quick wit, and wisdom.

Chui earned most of his wealth from working in Dubai, in finances. Also, he sold photos of airplanes on his website SamChuiPhotos.com. Furthermore, he has a YouTube channel that has more than 446 million views (about $1 million in revenue, before taxes). Also, he has a website (samchui.com) on which he sells his books. Therefore, Sam Chui has an estimated net worth of $5 million.

READ THIS NEXT: Who is Sheila Walsh?