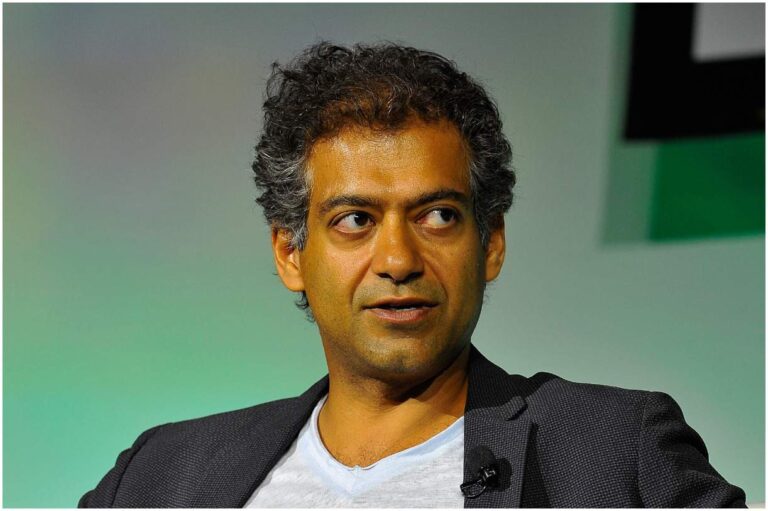 Naval Ravikant is an Indian American investor and entrepreneur who co-founded AngelList. Ravikant is also an avid advocate of blockchain technology and cryptocurrency.

He was born in 1974 in India. At age 9, Ravikant moved to the lower east side of Manhattan in NY. He said in an interview:

”I was born in India, moved to New York with my family when I was nine, grew up in New York City. I didn’t have many friends, so I wasn’t very confident. I spent a lot of time reading. My only real friends were books.”

In 1995, he graduated in Computer Science and Economics from Dartmouth College. He once said:

”In college, I thought I was going to be a lawyer for a bit.”

In 1999, he co-founded Epinions, a consumer product review site. In 2003, the site merged with the comparison pricing site ”Dealtime.” The merged company was renamed ”Shopping.com.” The company went public in October 2004. In June 2005, it was acquired by eBay for about $634 million.

In the same year, he sued two former venture capital investors of Epinion claiming they “cheated them out of nearly $40 million.” The suit settled in 2005 for an undisclosed sum.

In 2010, Babak Nivi and Ravikant founded AngelList, a website for startups, job-seekers, and angel investors, looking to work at startups. He said for Mercury News:

”On AngelList, we get 100 new companies created a day. That’s an insane flood.”

During an interview with Business Insider, Ravikant detailed:

”Any company can apply and choose who it’s visible to, and it will show up immediately inside the site.”

In 2017, he started CoinList, a platform for holding initial coin offerings. Also in 2017, Naval was listed as 4th on CoinDesk’s Most Influential in Blockchain list.

”Everyone’s journey is unique and interesting, and there is a lot of luck involved too.”

”You have to view the negative before you can aspire to and then appreciate the positive.”

”I would define values, first of all, as a set of things that you will not compromise on.”

”Bitcoin will eventually be recognized as a platform for building new financial services.”

”I don’t have any concept of someone older in your life telling you what to do.”

”The whole point of a company is to try to be efficient and get stuff done.”

”You’re selling a story to everyone, and every time you sell a story, you sort of trap yourself a little bit more, adding more on your shoulders.”

”The most important thing for an investor is access to deals.”

”My number one priority in life, above my happiness, above my family, above my work, is my own health.”

”I think one of the greatest philosophers of the last century is Bruce Lee.”

Ravikant has acted or acts as an advisor for numerous organizations, including:

Ravikant earned most of his wealth from being the CEO and co-founder of AngelList – a US-based firm for job-seekers, angel investors, and startups.

In addition, he is a co-founder of MetaStable, a cryptocurrency hedge fund. Also, Naval co-founded Epinions.

He has invested in more than 100 companies including – Clearview AI, Yammer, SnapLogic, Twitter, FourSquare, and Uber. Therefore, Naval Ravikant has an estimated net worth of $65 million.

READ THIS NEXT: Who is Brandon Turner?