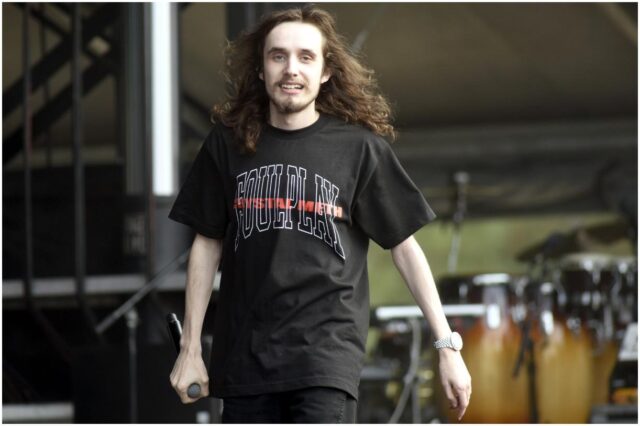 Kevin Pouya is an American rapper who has released three studio albums, The South Got Something to Say, Five Five, and Underground Underdog.

He also has a YouTube channel with Fat Nick called Buffet Boys.

He has been best friends with Fat Nick since they were very young.

The two dropped out of high school before graduation. Kevin said for The Hundreds:

For about one year after leaving high school, Kevin worked as a busboy.

Later, Pouya and Fat Nick teamed up and created the rap collective known as Buffet Boys (now known as ALL BUT 6).

He released an EP titled Gookin’ in collaboration with Sir Michael Rocks, an American rapper who released his debut solo album on July 29, 2014.

On September 1, 2015, Kevin released another EP in collaboration with SuicideBoys, titled – ”South Side Suicide.”

In 2018, Pouya released Five Five, his second studio album. On the album, Kevin raps that he is still the same guy as 5 years ago, even if he is rich. Here are some lyrics: ”I’m that down south 5’5 Florida boy, still rolling the dice.”

”The South Got Something to Say” included guest appearances from Ghostemane, Midnight Rush, Juicy J, and City Morgue.

Pouya’s fourth album, Blood Was Never Thick As Water, was released in October 2021.

In December 2018, Coco wrote on her Instagram account about Kevin: ”This is the world’s most selfless generous sensitive kind pure and empathetic man.” Young Coco continued: ”He is the type to pull over for someone who’s having car trouble.”

She was diagnosed with stage 3 synovial sarcoma, a type of cancer that develops in cells around joints and tendons. Coco said when she found out about her cancer diagnostic: ”I couldn’t believe it. I still don’t believe it, to be honest.”

According to reports, the two broke up in July 2019, however, Coco wrote on her Instagram account in November 2019: ”We have literally been thru hell and back, LOL.”

”People Don’t Like To Hear That XXXTentacion Is Our Generation’s 2Pac.” (Hip Hop Canada)

“Music is music! It’s like making a movie, you know?”

Kevin earned most of his wealth from releasing his mixtapes (Pouya & Boobie Lootaveli: Greatest Hits, Vol. 1, Pouya & Boobie Lootaveli: Greatest Hits, Vol. 3, Drop Out of School, South Side Slugs, Stunna, Gookin, WarBucks, Don’t Sleep on Me Hoe, and F### It), EPs (South Side Suicide, Gookin’, and Baby Bone), and albums (Underground Underdog, Five Five, The South Got Something to Say, and Blood Was Never Thick As Water).

Moreover, Kevin has more than 561k followers on SoundCloud. He also sells merch on pouya305.com.

His YouTube channel (ALL BUT 6) has earned about $1.5 million from advertisements.

Therefore, American rapper Pouya has an estimated net worth of $2 million.

READ THIS NEXT: Who is Tay Keith?