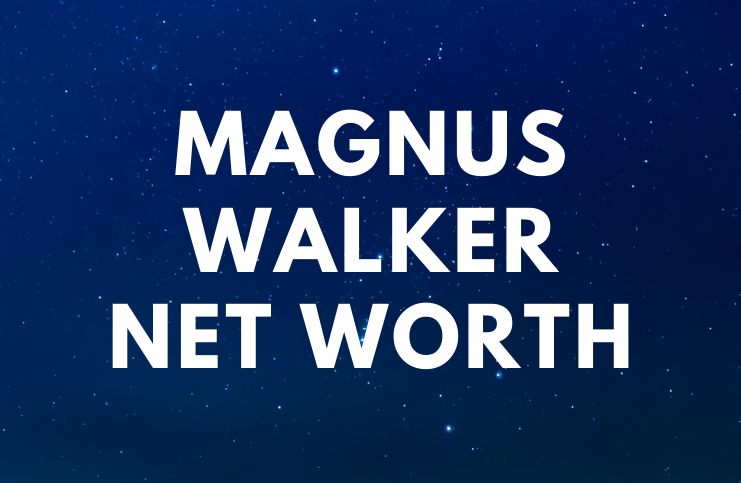 Magnus Walker is an English entrepreneur, TV presenter, fashion designer, motivational speaker and one of the world’s most prolific Porsche collectors.

In 1977, his father took him to Earls Court Motorshow in London, UK. There, his eyes fell upon something, and it was love at first sight. Walker revealed:

“I traveled there with my dad, and as we reached the Porsche stand, I laid eyes on a 911 painted in Martini red and blue stripes.”

“The engine plaque read turbo, the spoiler was as tall as my head. I knew right then the Porsche 911 was my dream car.”

After this event, the young Magnus started to have an obsession for Porsche. He even wrote a letter to Porsche to ask if he could work for them. He got a reply to get back in touch when he was older.

In 1982, he joined some heavy metal and punk rock scene after dropping out of school.

Seeing no perspectives for the future in the United Kingdom, Walker decided to follow the American Dream and try his luck in the United States. He moved to the US in 1986.

During an interview, Magnus said:

“I joined a thing called Camp America – where kids are sent to the States in return for working on a summer camp. By some miracle, I got accepted. So, in 1986, I packed my bag and hopped on a flight to New York, followed by a 600-mile bus ride to Detroit.”

In 2012, Magnus was approached by Tamir Moscovici (an advertisement director), who wanted to film a documentary about him and his car collection. The resulting documentary, entitled – ”Urban Outlaw,” debuted at Sundance in 2013.

”Well, when I lived in England I actually never had a driver’s license. I left England at 19, came to America in 1986. That story is pretty well-documented, but moving from Sheffield, England to L.A. are two completely different environments.”

”Sheffield, you can get around on the bus for back then 5, 10 pence. L.A. you can’t get anywhere without a car, L.A. is the car capital, and if you don’t have a car you’re really lost without it because everything is so spread out.”

In 2017, Walker appeared alongside Jay Leno in Jay Leno’s Garage.

In addition to his fascination with cars, Walker is a fashion designer who founded the clothing line popularly known as – ”Serious Clothing Brand.”

During an interview, Walker declared:

“Serious Clothing had its own style. We were shifting a ton of merch, renting a house and a workshop to keep it going.”

To grow his business, Walker began a factory in the LA Arts District, that has been utilized as shooting sets by different celebrities, such as – Prince, Victoria Beckham, Madonna, and Jay Z.

”One day it hit me – why am I paying for two peoples’ mortgages? Why don’t we get our own place?”

“In 2000 my wife found a 24,000 sq ft warehouse we now call home. It was in an undesirable place, pretty beat up, and people called us crazy. But we had this gut feeling that everything would be okay, so we ran with it.”

Magnus Walker was married to Karen Ann Caid Walker for 21 years before she passed on in 2015.

Walker shared the news on his Facebook wall where he wrote:

“My soul mate, best Friend, partner, & beloved wife of 21 years is no longer with us. My life will never be the same again – although ” my Lil Georgia Peach will always be in my heart” I would only ask to respect my privacy during this mourning process. Many thanks for your support.”

In an interview, he said:

”Right now, I’m at the point where a big chapter of my life has just ended with the passing of my wife. She and I had been together for 21 years.”

Walker appeared in several documentaries and shows, including:

In 2015, he was featured in the video game Need for Speed, as one of the icons the player character wants to impress.

Walker earned most of his wealth from his company ”Serious Clothing Brand.” In addition, Magnus made some profits from selling at least 15 restored Porsches. Currently, Walker still has around 25 Porsches that have an estimated net worth of $7 million.

Additionally, Magnus published a book, titled – ”Urban Outlaw: Dirt Don’t Slow You Down.” Also, he has an Instagram account with over 671,000 followers on which he can publish paid posts. Furthermore, he sells merch on his website. Therefore, Magnus Walker has an estimated net worth of $19 million.

READ THIS NEXT: Northernlion Net Worth