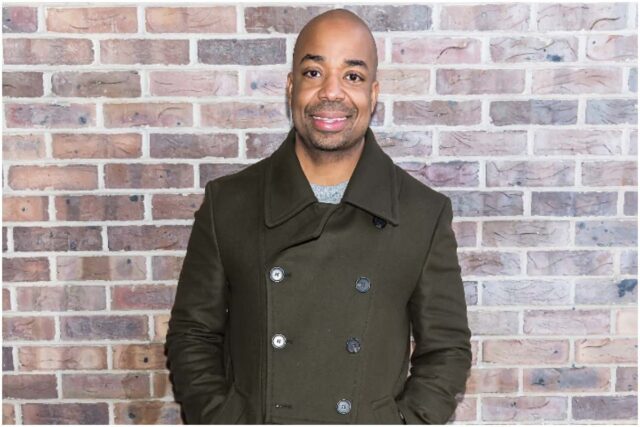 Quincy Harris is an American producer and actor who is best known for his talk show ”The Q.”

Not much is known about his childhood, except the fact that he talked about his parents in a 2017 interview, saying that ”both of my parents come from kind of rough backgrounds.”

Harris graduated from Temple University with a degree in journalism in 1997. During college, Quincy got his first job in radio at Power 99 (98.9 FM).

In 2008, Quincy served as the producer of the short drama film ”Let Go.”

In 2012, Harris produced and acted (as Carville) in Exit Strategy, an independent romantic comedy film. In the film also starred Noelle Balfour as Leona, Jameel Saleem as James, Big Boy as himself, Kevin Hart as Mannequin Head Man, and Jenna Willis as Tanny.

The film was directed by Michael Whitton and produced by Big Boy’s Ida’s Son Productions and Ask Around Productions.

In May 2014, he joined the FOX 29 News team as an entertainment correspondent for “Good Day Philadelphia.”

Starting in 2016, Harris serves as the host of “The Q,” a daily half-hour show. It brings the latest in lifestyle trends and national headlines.

Quincy Harris is married to Ivy.

The couple has three sons.

”I want you to smile and to feel that this is a hometown boy that’s grown up.”

”I really liked Letterman, his sense of humor was so dry.”

”How much time do you want for your progress?”

He is involved with the Salem Baptist Church of Jenkintown.

Harris is a member of The National Association of Black Journalists.

Harris earned most of his wealth from serving as the host of the talk show ”The Q.” In addition, Quincy was an on-air radio personality for The Qdeezy Show, on Hot 107.9, Power 106 FM in Los Angeles, and The Dream Team Morning Show at Power 99 FM in Philly.

Harris also started his production company, Germantown Entertainment. Quincy can also be booked for public speaking on his website.

Therefore, media expert Quincy Harris has an estimated net worth of $1 million.

READ THIS NEXT: Who is John McAfee?