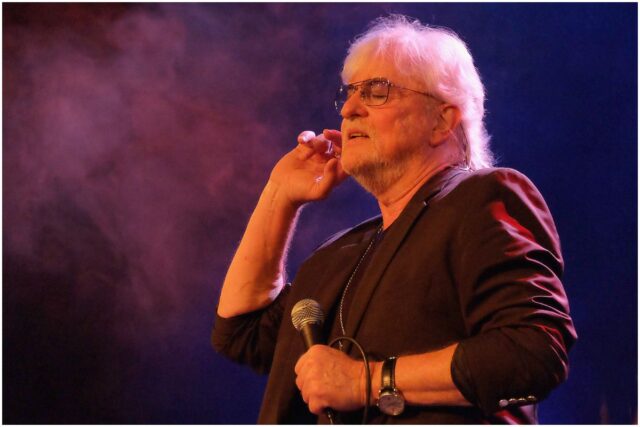 What is Reinhold Bilgeri’s net worth?

Reinhold Bilgeri is an Austrian singer, film director, and writer.

In 1964, he was kicked out of boarding school since he ”ran over the fire escape in the evening to see Lawrence of Arabia by director David Lean.”

In 1976, Bilgeri graduated from the University of Innsbruck.

He taught German, psychology, geography, and philosophy at Bundesgymnasium Feldkirch, a high school in Feldkirch, Vorarlberg.

His musical career began in the 60s with various rock bands.

In the 70s, Bilgeri and writer Michael Köhlmeier founded the duo ”Bilgeri & Köhlmeier.”

Some of their best hits are Frankfurt-Song, Strumpfbandgürtelblues, and Oho Vorarlberg.

In 1981, Reinhold gave up his position as a professor of geography, German, psychology, and philosophy and devoted himself entirely to the music business.

In 2005, he published the novel “The Breath of Heaven” (Der Atem des Himmels).

In 2010, the novel was made into a film with the same title. Bilgeri served as an author, producer, and director.

The production of the films cost was about $4 million.

In 2018, he directed the film ”Erik & Erika.” The film describes the life of the Austrian ski world champion Erik Schinegger, who was classified as a girl at birth.

He became a world champion in downhill skiing in 1966. However, before the 1968 Winter Olympics, new medical examinations concluded that Schinegger was genetically a man.

Reinhold Bilgeri is married to Beatrix Bilgeri, an actress and producer who is best known for roles in Johann Strauss: The King Without a Crown and Over My Dead Body.

Reinhold and Beatrix have a daughter, named Laura Bilgeri (b. 1995).

Laura Bilgeri is an actress based in Los Angeles who had her film debut when she was 15. ”I went to acting school in Munich when I was 15 and lived by myself,” Laura said during an interview. She also performed in Vienna Crime Squad, My Obsession, My Teacher, The Silent Mountain, and The Recall (alongside Wesley Snipes).

Laura also works as a model.

Beatrix and Laura also performed in the film ”The Breath of Heaven.” Beatrix Bilgeri had the leading role.

”When I was 15, I already had a master plan for the three things I wanted to do: filming, writing, music.”

”Mick Jagger has always been a role model for me.”

Bilgeri earned most of his wealth from releasing 11 albums (Jazzz it, Owie laughs, Best Of Bilgeri, Wake me, Bilgeri / Köhlmeier live, Bilgeri, Heaven on earth, Portrait, Portrait 2, and Alaska).

By the 1990s, he had sold over 3 million records. In addition, Reinhold published the novel ”The Breath of Heaven,” which sold more than 70,000 copies.

Therefore, Reinhold Bilgeri has an estimated net worth of $2 million.

READ THIS NEXT: Who is Shirley Caesar?