Robert Oberst is a larger-than-life man from Santa Cruz, California.

He has represented the United States in several international strongest man competitions.

He has been training and competing in a show of strength competitions ever since he graduated college.

He briefly tried his hand at the NFL as he attended college and played football. However, he failed to make an NFL roster in 2008 and officially ended his dream of playing football.

In hindsight, he truly made the right decision not to pursue football and stick with strongman instead.

Oberst is an American strongman that was born and raised in Santa Cruz, California, on December 20th, 1984.

He was always taller and bigger than all of the kids while he was in grade school.

He attended and graduated from Aptos High School in Aptos, California.

He lettered in both football and track & field and parlayed it into two years at Cabrillo Junior College. 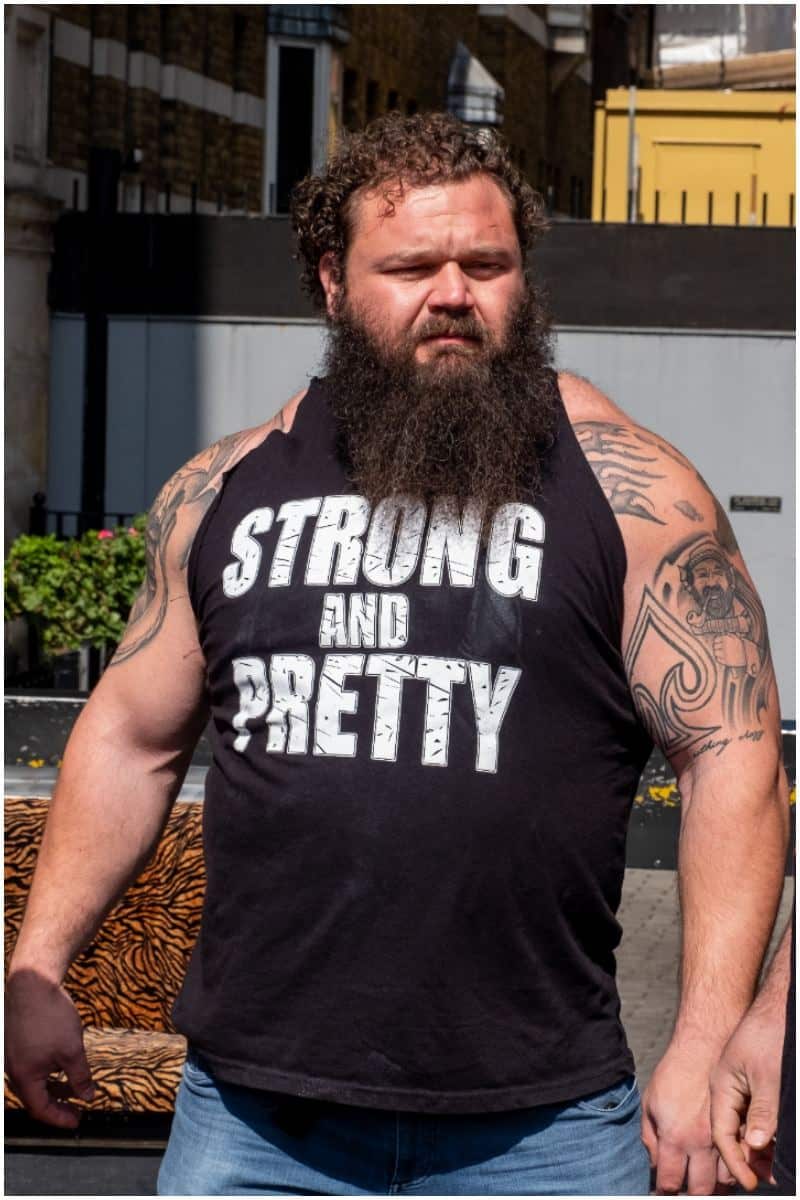 College was pretty good to Robert Oberst, while he ended up at a junior college right out of high school at Cabrillo Junior College.

He did eventually enter a regular college at Western Oregon University.

He played football as an Offensive Lineman for the school’s football team while getting his education, majoring in history.

He decided to give the NFL a shot and tried out to make an NFL roster.

It didn’t take long to realize that football wasn’t going to be what he was meant to do. 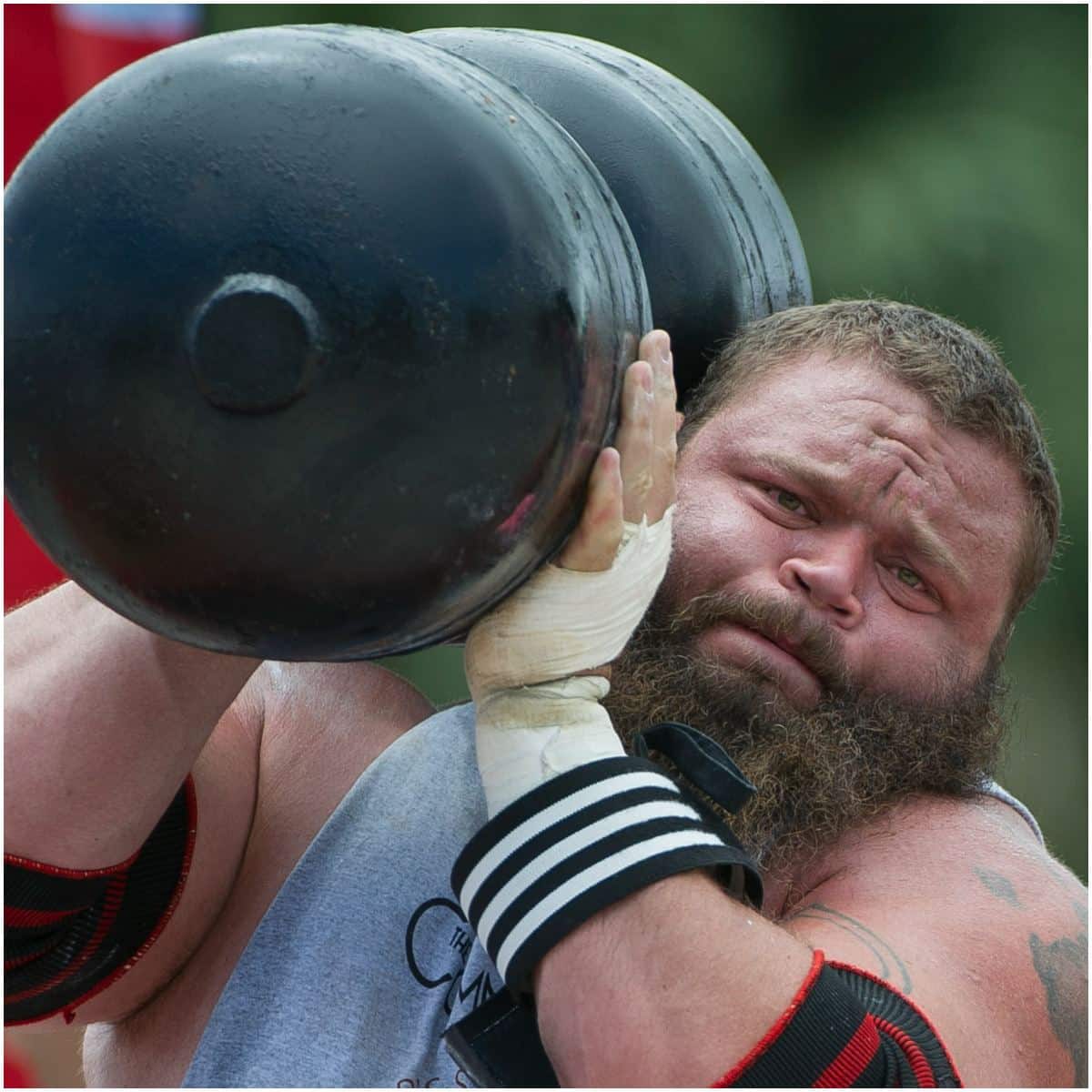 After a career in football didn’t payoff, Robert used his size to become a bouncer at a local establishment.

It was there that he was first introduced to strongman competition by some of his co-workers.

They were able to talk him into signing up for some strongman competitions in 2012, and he officially became a professional strongman that same year.

In 2013, he finished in 9th place as he represented the United States in the World’s Strongest Man competition.

He also represented the United States in the World’s Strongest Man competition three more times (2018, 2019, and 2020) and managed to finish in the Top 10 in each one.

As a professional strongman, he has also managed to set some very spectacular personal goals.

He has set personal bests in both the Deadlift and Log Lift’s ( 750 lbs and 465 lbs, respectively).

The Deadlift was accomplished during his time competing in America’s Strongest Man competition in 2013.

Robert Oberst got married to Kristin in 2012, and they remained married until sometime in 2017.

The couple had one child together. Their son Atlas Baer Oberst was born in 2015.

While Kristin and Robert were married, they were inseparable.

They made numerous appearances together all over the country, doing events and competitions.

Then, everything changed. In 2017, they stopped doing appearances together, and things started to fall apart.

By then, Robert was seeing a new love, and even before a separation was announced, he appeared to have moved on.

The new love of his life was a woman named Meghan Nesgoda.

She apparently was a sales associate at a local Independence Indoor Shooting business.

Now that his divorce from Kristin became final, their new relationship has grown. 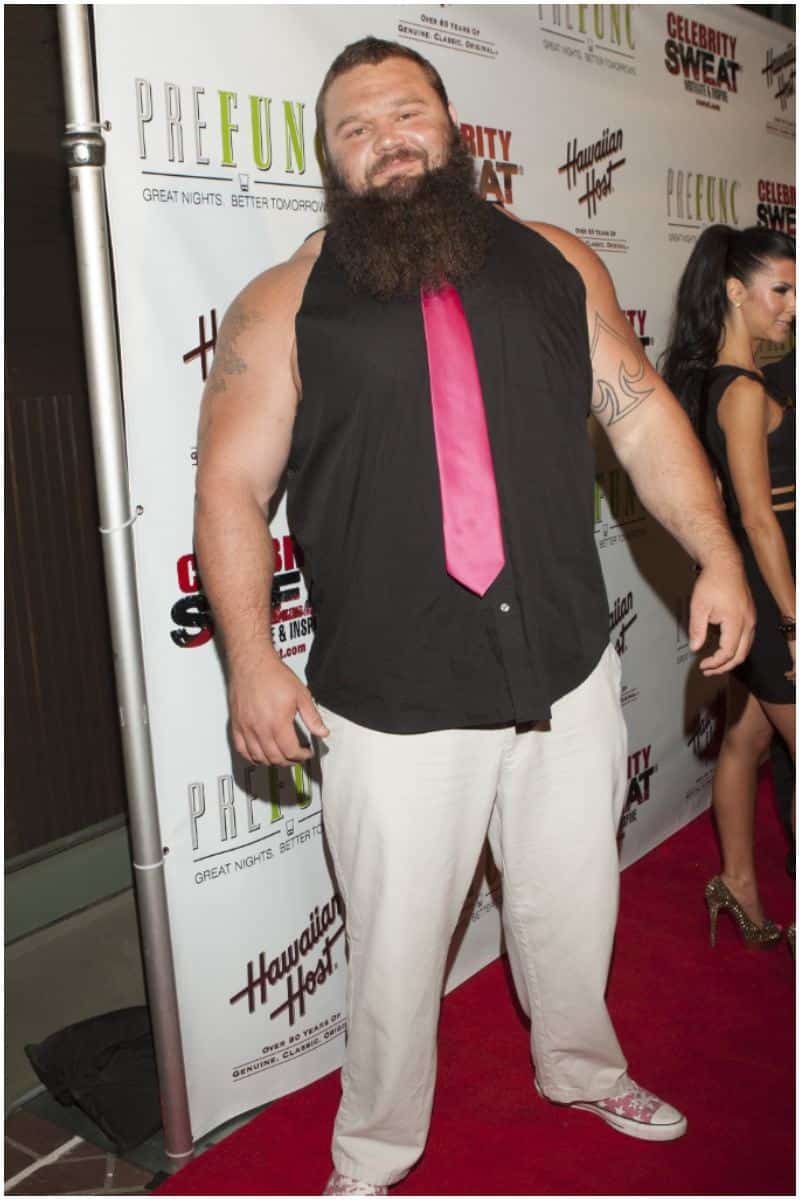 With a career in the NFL out of the question after graduating from Western Oregon University, Oberst set out to find a new career path.

His first job was as a bouncer at a local establishment.

Due to his immense size and weight, he seemed to be a natural.

With his hulking 6’8” frame and weighing in at over 400 lbs, there were not many people that challenged his word.

It was there he was introduced to what turned out to be his only true passion, strongman, and weight lifting.

Over the years since leaving school, he has made a really good living as a professional strongman and weight lifter.

Therefore, professional strongman Robert Oberst has a net worth of $1.5 million.

Oberst is a very powerful strongman and has made a pretty substantial living for himself.

All of the money that he has earned has come mainly from his participation in many different strongman competitions.

His strongman career officially started in 2012 when he earned his Pro-Card.

This allowed him to compete against other strongmen in paid events all across the country.

Along with events across the United States, Oberst has also competed in international strongman events like the “World’s Strongest Man.”

In this competition, he is representing the US against another strongman from around the world.

However, in seven total tries, he has not managed to win a single one.

As he continues to train and get stronger, this mountain of a man just might finally get that most elusive victory.

READ THIS NEXT: Who is Jon Olsson?