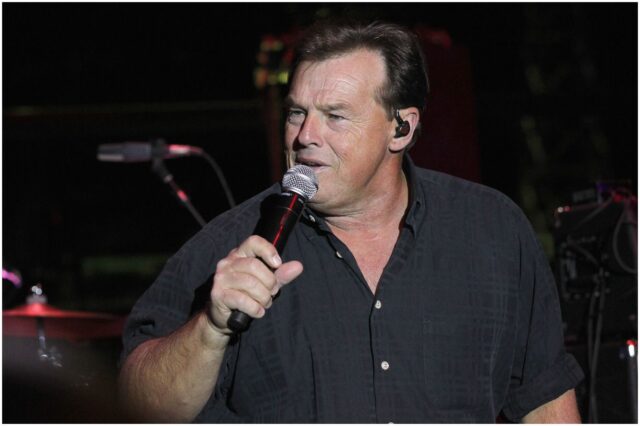 Sammy Kershaw is an American platinum-selling country music artist who is best known for his numerous top forty hits, including “Haunted Heart” and “She Don’t Know She’s Beautiful.”

His grandfather gave him his first guitar as a gift at age 7.

When he was 11, his father died. Soon, Kershaw started to play roadhouses at night to support his family while working various jobs by day.

Sammy was also taken under the wing of a family friend and a well-known country bandleader named J. B. Perry.

Around 1970, Kershaw began playing with J. B. Perry and his band in Kaplan.

In 1980, Sammy moved to Oklahoma and started to sing in local bands.

His traditional country voice found a receptive audience in the early 1990s, with his first album being certified platinum by the RIAA. In addition, the album produced four hit singles.

In 1993, he released his second album, titled – ”Haunted Heart.” The lead-off single, “She Don’t Know She’s Beautiful,” topped the singles chart. Also, the single became one of the most played records at Country Radio over the past twenty years.

In 1994, on the album Skynyrd Frynds, Sammy covered the Lynyrd Skynyrd song entitled – “I Know a Little.”

Sammy stated that he enjoyed working with Lorrie on the song. During an interview, he said:

“I knew our vocals would match up… Plus, we have fun together.”

Kershaw went on to say:

”We’re friends and we have been friends for a long time.”

In 2000, Sammy released an album of cover songs named – ”Covers the Hits.” It included 10 cover songs that Sammy had recorded in his entire career.

In 2001, he released another album, called – ”I Finally Found Someone.” The album had only one single (“He Drinks Tequila”) that reached the Top 40.

In 2003, Sammy signed to Audium Entertainment to release the album entitled – ”I Want My Money Back.”

From 2001 to 2007, Sammy was married to fellow country singer Lorrie Morgan. Lorrie then filed for divorce, citing irreconcilable differences.

”Country music is not a formula; it’s music with its own soul, and I’m all about saving that soul!”

”People that lie to you. I can’t stand it. I don’t like people to stand there and lie to me knowing that they’re lying.”

”Man, for someone like me who had George Jones music imprinted in my DNA before birth, the last few years have been rough as a fan of country music.”

”I’m not a great writer myself and don’t write much, but I get lucky sometimes.”

”I’m going to live my life like I’ve got one life to live.”

Sammy has over 25 singles that have entered the Top 40 on the Billboard Hot Country Songs charts, including:

As a teenager, Sammy opened for acts like Merle Haggard. Merle is a country singer of “Okie From Muskogee” who received a Kennedy Center Honor in 2010 and a Grammy Lifetime Achievement Award in 2006.

In 1994, Haggard was inducted into the Country Music Hall of Fame. Merle was also the leader of the band, named – ”The Strangers.”

Sammy has run for the position of Lieutenant Governor of Louisiana several times without succeeding.

Kershaw earned most of his wealth from selling his albums. For instance, Sammy sold over 70 million combined songs.

Sammy sells merch (photos, headwear, apparel) on his website. Also, his YouTube channel has more than 57 million views (about $120,000 in revenue).

Therefore, country music artist Sammy Kershaw has an estimated net worth of $1 million.

READ THIS NEXT: Who is Matt Heafy’s wife?