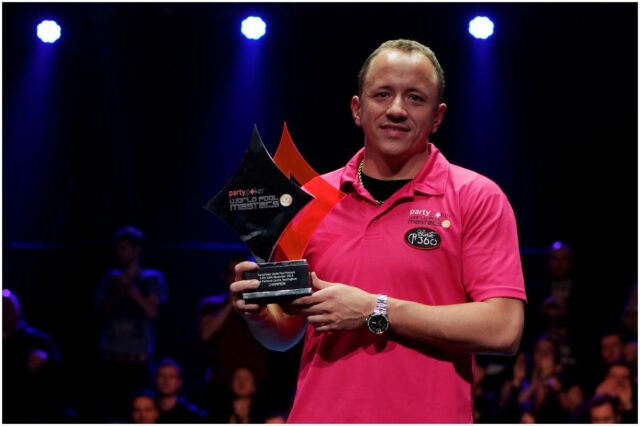 Shane Van Boening is an American professional pool player who won his first pro title, the Reno Open 9-Ball Championship, in 2007. Also, he was the top-ranked player on the UPA Tour.

Gary Bloomberg, his grandfather, once said:

”I’d give him a piece of candy and a cookie and he would sit there by the hour.”

“Wouldn’t fuss at all and just watch the balls and I knew he was really absorbing the game.”

“He used to sit and he would go to the pool hall.”

Timi went on to say:

“As a toddler he could sit and he’d watch his grandpa play pool.”

In 2006, he defeated Vilmos Foldes (a Hungarian professional pool player) at the International Pool Tour qualifier.

In 2007, he had become the first-ever world champion in that discipline of pool.

Also in 2007, Shane made it to the final of the BCA Open Nine-ball Championship. However, he lost to Dennis Orcollo, a Filipino professional pool player, who has been called “the Philippines’ Money-game King.”

On June 16, 2007, Shane won the World Summit of Pool by defeating Alex “The Lion” Pagulayan.

There is no information regarding Shane Van Boening’s past romantic relationships.

”I always wanted to be a champion and be the best pool player in the world.”

”We have to work on the break and have to avoid making easy mistakes.”

In 2007, Van Boening was declared the male Player of the Year by Pool & Billiard Magazine and  Billiards Digest.

Also, Inside POOL Magazine named him the best pool player in the United States.

He has had the privilege to play in many countries around the world, including:

He also played pool in more than 45 states within the US.

He is a 3-time VNEA national amateur eight-ball champion.

He was bullied when he was young. Shane said for Express:

“If you’re getting bullied, my advice is you have to be positive, don’t let yourself down.”

He was ranked number one in the world by AZBilliards.com, the leading source for billiards news in North America.

Van Boening earned most of his wealth from being a professional pocket billiards player. At some point, Shane was the number 1 in the US rankings published by the UPA Tour.

Moreover, Van Boening earns money from his sponsors. In 2007, Mark Griffin, the owner of The Billiards Congress of America Pool League (a governing body for cue sports in North America), started to sponsor Shane.

In addition, he is the owner of Lucky Billiards in Sioux Falls.

Therefore, Shane Van Boening has an estimated net worth of $500,000.

READ THIS NEXT: Who is Tori Bowie?