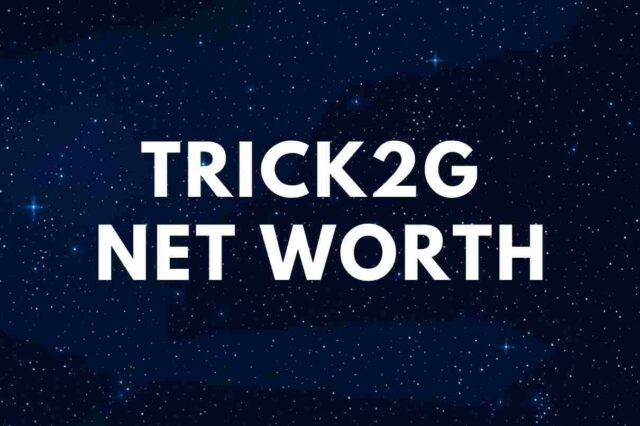 Trick2G—better known as Trick to his followers—is most well-known as an American YouTube content creator and Twitch streamer.

He has a unique playstyle that has seen him gain massive popularity on League of Legends—and especially with the Udyr character.

He’s also been the victim of countless memes about his receding hairline.

But the Florida native is more than just a gamer—he’s a social justice warrior, too.

He has raised hundreds of thousands of dollars for social causes, from supporting animals through the RSPCA Richmond, to Toys For Tots, and helping fund the recovery efforts following the devastation of 2017’s Hurricane Harvey.

Here’s what has made Trick2G one of the most beloved gamers in the industry right now.

He is of American and Filipino descent and lives with his long-term partner and baby daughter—who the pair welcomed on January 21, 2020.

Since achieving success as a gamer, Foley’s background has had a major impact on how he handles his level of influence now.

He survived the Mt. Pinatubo in the Philippines and Hurricane Andrew in the US.

He explained that he and his family had returned home to the military base where his father worked to find their house completely gone.

Gaming As A Career

Trick never stuck to just one gaming platform or game—preferring to explore his options.

When he first started uploading his play to YouTube in March 2009, he played a selection of games, from PUBG to Valorant to Apex Legends.

What stayed consistent was Trick’s quirky playstyle, sense of humor, and ability to entertain.

He didn’t—and still doesn’t—take himself too seriously.

From mid-2012, Trick began uploading consistently to YouTube and streaming live on Twitch.

He promptly rose in the rankings to become one of the go-to gamers for League of Legends players—and also one of the first to commit to the newly-released game at that time.

His specialist characters are Udyr—who his fans refer to as Godyr for his God-like powers—Volibear, and Nasus.

Since he made a move to build his social media following—and gaming career—Trick has gathered an impressive subscriber count.

He has 1.15 million YouTube subscribers (and a whopping 45 million views) and 1.5 million Twitch followers.

Fans mainly follow his Twitch stream for a total-immersion Trick experience, and use YouTube to catch the highlights after the stream is finished.

Occasionally, Trick will upload daily vlog-type videos of his life and workouts on his personal channel.

Originally, Foley owned the Team Gates gaming organization, which got its name from the type of playstyle he uses—often referred to as “opening the gates.”

He no longer owns the team and instead focuses on his gaming career and works with charities.

Trick has long been known for his generosity—which he puts down to his Pinoy genes.

A decade ago, it took a lot of grinding—up to 12 hours a day of streaming—to help him build his fan base.

Now that he has people listening to his opinion, he’s using it for good: by giving back to his community.

So far through his charity streams, he’s raised more than $50,000 for Toys for Tots, and slightly less than that for the Richmond SPCA, to help provide healthcare, shelter, and protection for animals in need.

The added bonus was helping Trick to grow his online community, as his fans shared photos of their pets, too.

Foley enjoys charity streams for another reason, too.

He explained in a recent interview that charity streams have a different vibe—and are mostly troll-free.

When you do a stream to raise money for those in need, he explained, “they just get behind it.”

Foley also pointed out that helping others helped his own mental state, too.

Gamers may seem like they have an enviable life of doing nothing but playing video games, but it turns out that some of them—like Trick2g—are using their influence for a good cause.

Trick2G has a girlfriend, but her name was not released to the public.

Timothy earned most of his wealth from streaming on Twitch and ads on YouTube.

On YouTube, Foley has over 509 million views, meaning about 1.5 million in revenue.

Therefore, American Twitch streamer Trick2G has an estimated net worth of $2 million.

Want to support Trick2g’s stream? You can watch him live here or here.

READ THIS NEXT: Who is Symfuhny?