What is Annette Kowalski’s net worth?

Bob Ross is a cultural icon—a positive, encouraging artist who built his career, and inspired millions, by teaching the world how to paint.

Behind the scenes, though, Ross had business partners: Annette Kowalski and her husband Walt.

Thanks to a Netflix documentary that showcased the dark side of Bob Ross’s bright and shining empire, fans of the beloved artist got to know all about Annette and Walt.

And it was nothing good.

The story showed fans around the world how Annette Kowalski and her husband allegedly took advantage of their friend after his death, and took control of his assets.

We also heard from the family of Bob Ross—his pride and joy—about how the Kowalski duo left them with nothing.

But what do we know about Annette Kowalski?

Read on to find out.

Annette Kowalski was born in Arlington, Virginia, on January 26, 1936.

She married Walter Kowalski—who has always been known as Walt—in the 50s, and the pair went on to have five children together.

The Kowalski family was based in Washington, D.C., where Walt worked for the Central Intelligence Agency for most of his career.

In the 1980s, Annette and Walt Kowalski’s family were hit with tragedy—their son was killed in a car accident.

Annette struggled with depression following the loss of her son, and found that watching German artist Bill Alexander—who painted oil paintings on the PBS television network—helped her to cope with her loss.

Thinking that taking some classes with Bill Alexander might help his wife, Annette’s husband inquired about some painting lessons for Annette.

It turned out that Bill Alexander was no longer offering classes—but he had a recommendation for Walt.

The Start of a Wonderful Thing

Annette Kowalski and her husband traveled from D.C. to Clearwater, Florida, to be a part of Bob Ross’s painting classes. 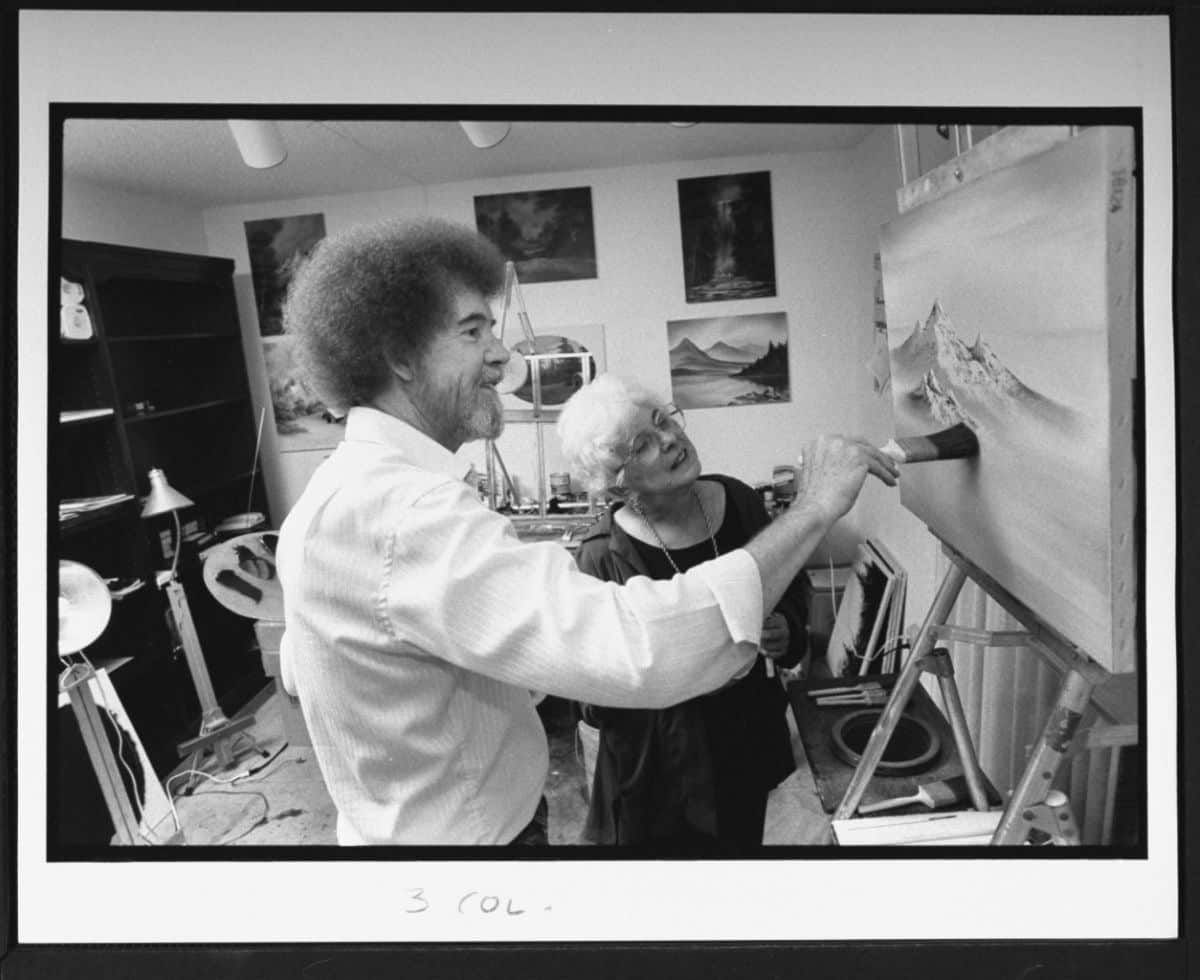 “I could not believe what I saw. People were mesmerized by Bob. I was following him around the room [to watch] him interact with people.”

When the class was over, Annette invited Ross to teach some classes in Washington, D.C.

She and her husband would fund the venture—covering costs and taking care of the publicity and advertising.

Bob agreed, and the rest—as they say—is history.

The Climb to the Top

Demand was growing, and the Kowalskis knew it was all down to Bob’s dynamic, charming personality.

Bob Ross came across just as well on television as he did in person, so the trio decided to move into the world of TV shows.

Bob Ross, his wife Jane, Annette Kowalski, and Walt Kowalski were all equal partners in the new venture.

The Kowalskis brought business savvy to the table—Walt’s skills lent themselves to contract negotiations. Annette was a budding artist.

Annette Kowalski would appear on The Joy of Painting as the show progressed, with Bob introducing her as his “partner and long-time friend.”

The star of the enterprise was, without question, Bob Ross.

He starred in The Joy of Painting, and his soothing voice, positive attitude, and lack of judgment in a world of pretentious artists won him hearts across the United States.

The Joy of Painting was so timelessly popular that even in 2022, the Bob Ross YouTube channel had 5.3 million subscribers and over half a billion video views.

The End of an Era

Bob Ross tragically lost his wife Jane to cancer in 1992.

Annette and Walt Kowalski were quick to kick their long-time friend while he was down.

As equal partners, Jane’s shares in Bob Ross Inc. were equally divided between the three remaining shareholders—meaning Bob was now a minority shareholder.

Annette Kowalski and her husband had majority control.

Bob spent the next few years of his life fighting to keep his own name—a fight which would end with his death from Non-Hodgkin’s lymphoma three years after his wife’s passing.

Despite Bob leaving his estate and the rights to his name—and his likeness—to his son and his brother, the Kowalskis sued.

In August 2021, the company denied the accusations in the documentary “Bob Ross: Happy Accidents, Betrayal & Greed.”

Annette Kowalski has an estimated net worth of $2 million.

READ THIS NEXT: Who is Nicole Covone?