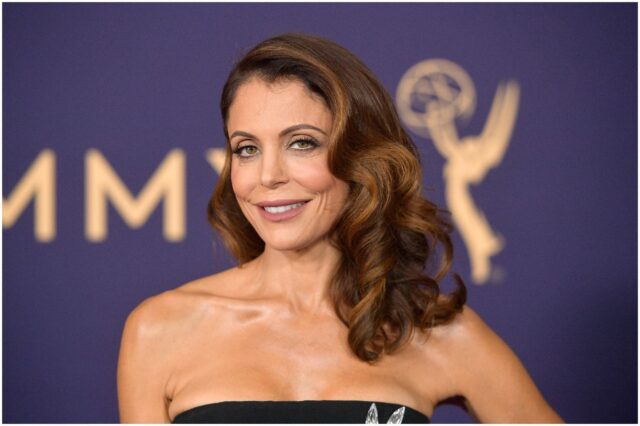 Bethenny Frankel (birth name – Bethenny Robyn Frankel) is an American reality personality, bestselling author, and entrepreneur, who is best known as one of the original five Real Housewives of New York City as well as for founding the Skinnygirl brand.

Her mother was an interior designer, while her father was a star in horse training. She said about her childhood:

”I was an adult as a child. I saw so much as a very young child that I think it matured me in an unnatural and unusual way.”

In 2001, she completed the Chef’s Training Program at the Natural Gourmet Institute for Health & Culinary Arts in New York City.

In 2005, she participated in NBC’s The Apprentice: Martha Stewart.

Frankel was the first runner-up in the competition.

In 2008, Bethenny was selected for the reality television series The Real Housewives of New York City.

In August of 2019, she left the reality series. During an interview, Bethenny explained:

”I have decided to leave the ‘Housewives’ franchise to explore my next chapter.”

”I came up with the idea for the Skinnygirl margarita, a low-calorie cocktail, in my kitchen.”

Bethenny went on to say:

Frankel sold the company to Fortune Brands’ Beam Global for about $64 million, while maintaining the name rights. Some sources claimed that the actual amount was just $8.1 million. Analyst R.J. Hottovy explained:

”The $8.1 million was just the amount of intangible assets purchased in the Skinnygirl transaction … not the total purchase price.”

On September 9, 2013, The Bethenny show premiered.

”I don’t have time to drink water. I want to get off this. I need a break.”

”I’m realizing, I’m taking on too much and I’m burnt. We need to let some air out of the tires.”

In March 2018, she signed the deal with MGM and Mark Burnett for a new competition series, titled ”The Big Shot With Bethenny.”

She has authored the following books:

On October 7, 1996, Bethenny Frankel married Peter Sussman, an actor and producer, known for Home Game and How to Rob a Bank (and 10 Tips to Actually Get Away with It). The two divorced in 1997.

On March 28, 2010, Frankel married Jason Hoppy, a pharmaceutical account executive. They divorced in 2016.

She has a daughter, named Bryn Hoppy.

In 2016, she started to date Dennis Shields, the CEO and the director of LawCash.

On August 10, 2018, Shields was found dead in his apartment in Trump Tower of a suspected OxyContin overdose, reported Today.

In September 2009, she posed nude for a PETA billboard.

In December 2018, Bethenny was hospitalized after consuming soup that contained fish. She has a fish allergy.

She started a philanthropic organization. Bethenny and her team helped people who survived natural disasters in Mexico City, Houston, and Puerto Rico.

In 2015, Bethenny purchased a cottage in the Hamptons for about $3.2 million, according to Fox Business.

She was named one of the Top 100 Most Powerful Celebrities by Forbes.

In 2017, Frankel was diagnosed with basal cell carcinoma. She said for Bravo TV:

”I had a growth on my face that was enlarging. I guessed it to be a basal cell carcinoma and had it lanced and removed.”

”The doctor confirmed it is indeed basal cell carcinoma, a form of skin cancer, and says while it is cancer, I am lucky to have it removed — so it won’t affect my overall health.”

Frankel earned most of her wealth from selling her company, Skinnygirl Cocktails, for $64 million. ”I don’t go to an office, nor do I have a computer,” she once said.

Also, Bethenny makes money from selling her books as well as sponsored posts on her popular Instagram account (2.1 million followers).

READ THIS NEXT: What’s the source of Greta Thunberg’s founding?