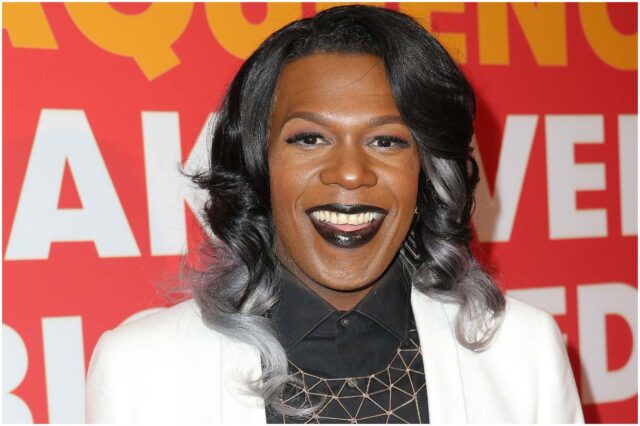 In 2011, she was nominated for a 2011 GLAAD Media Award. Also, Freedia is best known for her work in bounce music, a sub-genre of hip hop.

She has performed alongside artists like – Snoop Dogg, Wiz Khalifa, and Matt and Kim.

As a child, she sang in the church choir.

In 1999, Ross released her first single, named – “An Ha, Oh Yeah.” Later, she began performing in clubs and other venues in New Orleans.

A year later, she was nominated for the 22nd GLAAD Media Awards.

In 2012, Ross made her television network debut on Jimmy Kimmel Live!

On the television show, she is detailing her life back in New Orleans as well as her growing mainstream attention.

At the moment, the TV show is called Big Freedia Bounces Back, and was expanded from 30 min to an hour. It has been airing for 6 seasons.

On June 17, 2014, Ross released her first LP, titled – “Just Be Free.” On the LP, she has collaborated with many artists, including – Sylvan Esso, Mannie Fresh, Matt & Kim, The Postal Service, Elliphant, and Sia.

Moreover, the EP was critically acclaimed in outlets such as – Consequence of Sound, USA Today, SPIN, and Pitchfork. Also, it was named one of the ”best electronic releases” by Rolling Stone.

In 2016, her voice was featured in Beyoncé’s “Formation” video.

In December 2016, she released A Very Big Freedia Christmazz.

On July 7, 2015, she published her first memoir, titled – ”Big Freedia: God Save the Queen Diva!” on Gallery Books/Simon & Schuster.

In the book, she details the history of the Bounce movement.

Ross wrote the book together with Nicole Balin, a freelance writer for Blaze, Huffington Post, Rap Pages, The Source Sports, and the Los Angeles Times as well as an editor at The Source and Parenting magazine.

During publicity for Big Freedia Bounces Back show, Ross led a crowd of hundreds in NYC to set the Guinness World Record for twerking.

In 2016, she was sentenced to 3 years’ probation, fined $35,000, and will also have to serve community service by a federal judge after admitting to illegally taking money from the Department of Housing and Urban Development during a time spanning 2010 to 2014.

Asked if she had anything to say for the court, Freedia declared:

“I apologize to my community and supporters. I should not have applied for assistance.”

In 2018, she wrote on her Instagram account that the judge in the case had granted her request to end her probation 12 months early for good behavior.

Big Freedia has a boyfriend, named Devon. Ross said that her boyfriend is open about their relationship. She also said:

“When your love grows for somebody and y’all get closer you wanna…feel more appreciated, and you wanna feel loved.”

“We have so many talented musicians here and people want to taste a little piece of it every time they go somewhere.”

“The pain and suffering that we go through here in New Orleans, we take it and we flip it around.”

”I’ve never lost a twerking battle because everybody has their special way of twerking.”

”I don’t really worry about that. I just took a chance on everything that I have been doing in my career.”

“I just want to inspire people to understand that New Orleans culture is very special, it’s a phenomenal place and that we’re on a rise to bigger and better things and we speak it through our music and everyday living down here.”

She grew up a fan of Patti LaBelle, Michael Jackson, and Sylvester.

Note – RuPaul is a drag Queen singer-songwriter, who is the author of the 2009 song “Jealous Of My Boogie.”

In 2009, RuPaul began hosting the series called – ”RuPaul’s Drag Race.” RuPaul has made cameos in several films including:

Ross has appeared on:

When asked to describe bounce, she responded:

”Bounce is a primarily call-and-response style of hip-hop over a Trigger Man beat.”

Freedia went on to say:

Ross earned most of her wealth from music. So far, she has released albums titled – Just Be Free, Scion A/V Presents Big Freedia, Big Freedia Hitz Vol. 1, and Queen Diva.

She also has a YouTube channel with over 119k subscribers and more than 37 million views (about $100k in revenue).

Freedia also earned some money from releasing a signature ice cream flavor in collaboration with Ben & Jerry in 2019.

The ice cream is vanilla ice cream base with a bourbon caramel swirl served with a fresh beignet. She said – “My team and I created our own flavor with a mock Ben & Jerry’s pint and posted it on my Instagram.”

Therefore, Big Freedia has an estimated net worth of $3.5 million.

READ THIS NEXT: Till Lindemann Net Worth

2 thoughts on “Big Freedia Net Worth”