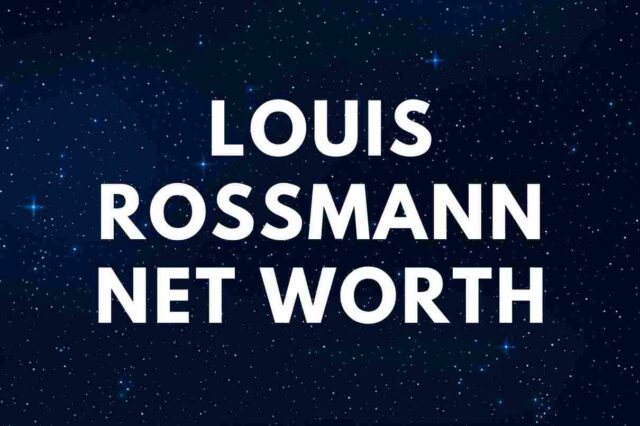 Louis Rossmann is a repair technician and YouTuber who produces popular DIY-computer-repair instructional videos from his NYC small business.

Louis started fixing computers as a hobby in college.

According to his website: ”Our storefront wasn’t designed to impress people looking for boutique aesthetics – it was designed to get work done.”

On October 12, 2011, Louis created his YouTube channel where he publishes right to repair and tutorial videos.

At the time of writing, Rossmann’s YouTube channel has over 1.7 million subscribers.

”What I want people to get out of what they watch on this channel is that repairing stuff can be fun. It’s not something that’s only reserved for the geniuses,” Rossmann told National Review.

In 2018, Louis testified as a witness in a Norway trial after Apple sued the owner of an independent smartphone repair shop in the town of Ski, Norway. ”I have issues [Apple] with how they treat the consumer and how they treat independent repair,” he said during the trial.

In 2019, he started a GoFundMe to improve his repair shop and move into a new location. Louis raised $35,000 of $82,500 goal. The total costs were estimated at $235k. Rossmann also said that he ”would like to create a wall with all of the names of the people who contributed.”

In 2021, he started a GoFundMe to Get “Right To Repair” legislation passed through a Direct Ballot Initiative. He also started a 501c4 nonprofit called ”Repair Preservation Group Action Fund.”

Louis Rossmann is dating his girlfriend, Erica. Here is a video with the couple.

READ MORE: Who is Daequan’s girlfriend?

”To diagnose through multiple testing or just replace the likely component? Knowledge is power.”

”I can’t stress enough how important it is to earn a reputation the right way.”

”If everyone likes you – you are doing something wrong. Worried about pleasing everyone? Stop.”

”We don’t sue customers who leave bad reviews because we have a backbone.”

”Treat your friends’ repairs no different from your commercial repairs and keep your friendship.”

He has collaborated with Linus Sebastian, the founder of the YouTube channel ”Linus Tech Tips.”

Rossmann earned most of his wealth from managing Rossmann Repair Group in New York City. Louis is by far the most famous independent Mac and iPhone repair person in the US.

He also has a paid forum to provide support to component level technicians.

On YouTube, Rossmann has over 367 million views, meaning about $1 million in revenue before taxes.

Several of Louis’ videos have been removed from the platform; hence, his real views may be higher.

Therefore, repair technician Louis Rossmann has an estimated net worth of $1 million.

READ THIS NEXT: Who is Zach King?