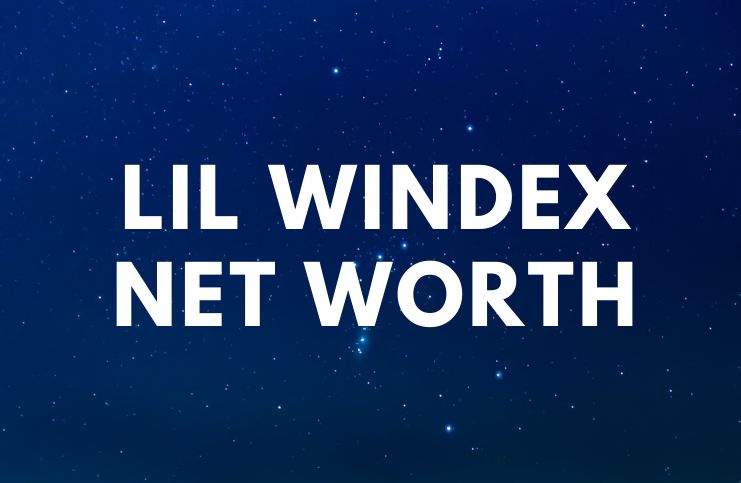 Lil Windex (real name – Dylan Godfrey) is a Canadian rapper based out of British Columbia who has more than 179k subscribers on YouTube.

He was born on September 22, 1992, in Mission, British Columbia, Canada – a district municipality in the Lower Mainland of the province.

Dylan began his career as a YouTuber uploading videos on July 3, 2013, under the name DTG. Currently, he has over 166,000 subscribers, but all of his content is deleted.

His content was mainly comedic skits, occasionally of other local artists. In addition, he used to upload music videos for his early demos.

On June 28, 2017, Godfrey began posting videos on a new YouTube channel, under the name – ”Lil Windex.” In the present moment, the channel has over 179,000 subscribers and more than 39 million views.

On July 9, 2017, he uploaded a video, named – “Cleanin Up.” His music video for the song earned over 1 million views on YouTube in less than a month. Currently, it has over 11 million views.

BDice directed the music video for the song. “Cleanin Up” is an interpolation of the Korn 1998 single ”Freak on a Leash” remixed by renowned producer C-Lance.

On March 7, 2018, he released a video called – ”Bitcoin Ca$h.” The song criticized the bitcoin core and praised bitcoin cash.

Note – Bitcoin Cash is a cryptocurrency that is a fork of Bitcoin created in 2017.

”Bitcoin cash is doing a “hard fork” or “effectively a software upgrade.”

”When you do a software upgrade, everybody usually agrees. But in this particular case, everybody is not agreeing.”

During an interview, Lil said about bitcoin cash:

Godfrey went on to say:

”But being that it’s way newer than bitcoin and hasn’t seen the same gains, I haven’t made a billion or anything.”

The song starts as follows:

On March 20, 2018, he released another single, titled – “San Pellegrino.” The video was directed by BDice. It features his long-time friend Merkules (one of Canada’s rising hip hop stars) on the beat produced by Deadkeys.

The music video for the song includes a few sponsors from medical cannabis suppliers in British Columbia, including:

Lil Windex is married, but the name of his wife was not released to the public.

The artist has a son.

”I live in a nice area, in a rich neighborhood. In a mansion.”

”Everything needs to be clean. I don’t like nothing dirty. I’m like one of those OCD guys.”

”I got money to blow all over the place.”

”There’s a lot of whack music out there, so I’m cleaning up the rap game.”

”Get as much bitcoin cash as possible, and then just ball out every day.”

Dylan is considered by many fans to be the best rapper dead or alive.

He created his alter ego Lil Windex in the model of popular rappers like Lil Xan, Lil Yachty, or Lil Pump.

He was arrested 42 times for environmental noise (aka noise pollution).

His friends dubbed him “Lil Windex” when they caught him sippin’ Windex, a commercial product that is used for cleaning glass and other surfaces.

“My homies used to always catch me sippin’ Windex on the low, after a while they just started calling me Windex as a nickname.”

Dylan describes himself as a:

When asked if he recommends any good cleaning products for glass, he responded:

”I can only recommend one. It’s the best one I know: Lil Windex.”

”Use a Lil Windex on it and everything will be good. Shiny, sparkly clean in no time.”

In 2015, he uploaded a video called “How NOT To Be A Rapper” on his Facebook page, that went on to become a viral success.

He has largely avoided media.

His flair might rival the mumble rap generation, with the designer clothes, the grillz, and knuckle and face tattoos, and hairstyle.

Dylan has no affiliation with the Windex glass cleaning brand.

Dylan earned most of his wealth from his music (tickets to his concerts and singles). Some of his best-known singles are – San Pellegrino, Bitcoin Ca$h, and Cleanin Up.

Additionally, Godfrey earns money from ads on his YouTube channel. So far, his channel has over 39 million views (meaning $80,000 in revenue). Also, he makes money from bitcoin cash. Furthermore, according to reports, Lil earned $1 million at age 15. Therefore, Lil Windex has an estimated net worth of $1.5 million.