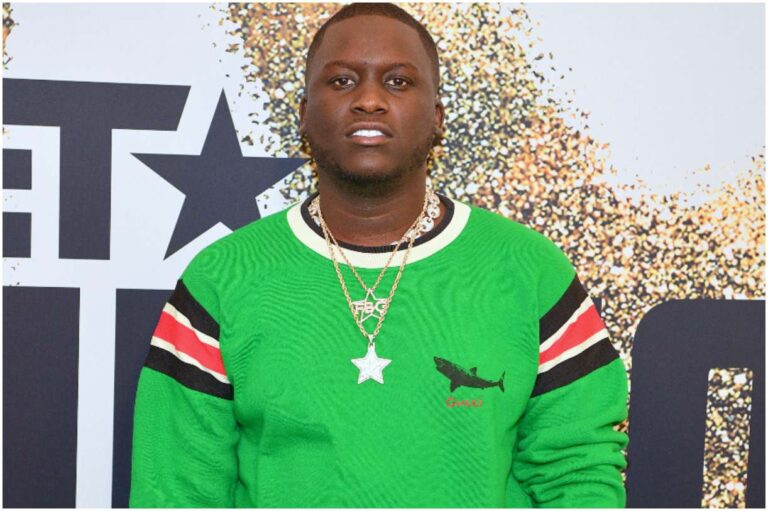 Zoey Dollaz, real name – Elvis Millord, is one of the most prominent musicians in Miami. The Haitian-American rapper first gained widespread attention in 2015 with the release of his single “Blow a Check.”

Dollaz was raised in Carrefour, Ouest outside of Port-au-Prince in Haiti.

During an interview, Elvis said:

”I was born in Miami, but I was raised in Haiti for a long time.”

At age 12, at the order of the U.S. government, Millord and his mother moved from Port-Au-Prince, Haiti back to Miami. He explained:

”The US government came down there, and it was like, if you’re American, you gotta go back home.”

”You can’t stay here. We’re not leaving you here.”

When asked about how was growing up in Miami, he responded:

”It wasn’t that bad at all. We all had our times when we dealt with street stuff. Beef, fights, shoot-outs, drugs.”

”We always had that stage in our lives being kids coming from the hood. I managed to bypass all of that with music.”

In 2015, Millord released a single titled – “Blow a Check.” The single was a massive hit. Later, it was remixed by artists like French Montana and Sean ‘Diddy’ Combs.

Elvis said about the EP:

”I did expect it to do good because my fan base got a little bigger than it was the last few tapes I dropped.”

The EP tracklist is:

In 2018, to celebrate the underground culture of Miami, he released a mixtape, called – ”Sorry Not Sorry.”

In September 2018, Elvis released another EP, entitled – ”Who Don’t Like Dollaz.” The EP featured appearances from:

Skinnyfromthe9 and Elvis have had beef since late 2018. In 2019, Millord posted a video of Skinnyfromthe9 (real name – David Alex Villegasknown) running away from his crew after they ran into each other in the studio.

“I just went to the studio to do something for Ronny J bro, and he showed up. I didn’t even get a chance to talk to him–my brothers talked to him!”

”More of us Haitians need to be more out there instead of being so unknown and we need to show how much more we have to offer other than being what the media show us to be.”

”I’m like L.A. Reid will always be the person to sign me, and that’s no story or fabrication.”

”Most of the topics are just real-life situations that I’m dealing with, or trials and tribulations in my life, and celebrations in my life and family issues and beef in the streets that people didn’t know I went through.”

”I’m not just repping for me as an American rapper. I’m Haitian. I’m repping for a whole culture.”

”One of my favorite songs is my new single that’s about to release which is titled Anything.”

“Last year being humble, I’m going broke in Gucci/Niggas talkin’ ’bout a rumble, I bring them smoke like loosies.”

”The more time you spend, the more better you get, the more you get better as a person, as an artist.”

When Zoey was young, he immigrated to the Allapattah neighborhood in Miami where his mother started a transportation business.

Elvis earns most of his money from rapping. Some of his most popular songs include – Moonwalk and Blow A Check. For instance, “Blow a Check” received over 1 million plays on SoundCloud. In addition, he earns money from his YouTube channel (advertisements) and Instagram (sponsored posts). Therefore, Zoey Dollaz has an estimated net worth of $1 million.

READ THIS NEXT: Who is Till Lindemann?