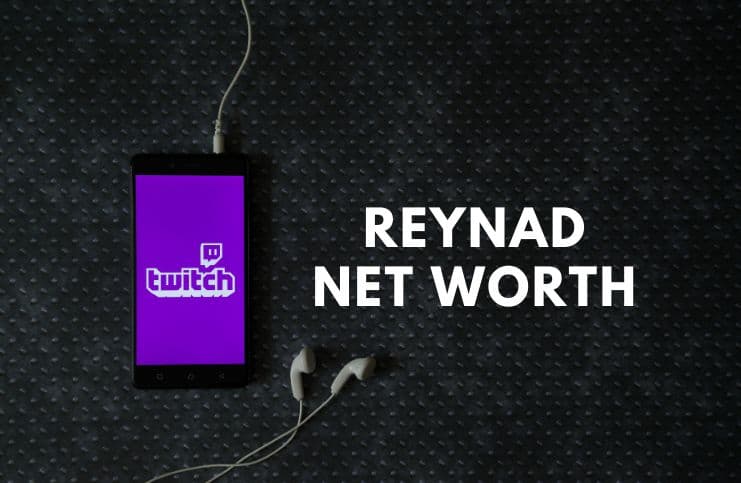 Reynad (real name Andrey Yanyuk) is a professional gamer, streamer, and businessman who is best known for his work on the video game “Hearthstone.”

Yanyuk is frequently touted jokingly as “the creator of all Hearthstone decks” due to the nature of his amazing deck building prowess and salty demeanor.

He was born on January 27, 1991, in Ukraine. Andrey spent the first 6 years of his life in Ukraine before moving to the US with his brother and mother. The family settled in Minnesota. His dad was never in the picture.

Yanyuk began playing games from an early age, frequenting his neighbors’ and friends’ video game consoles. At age 13, Andrey dove headfirst into programming and was considering a career in game design.

At age 15, he was introduced to the Magic: The Gathering, during a trip back to Ukraine.

Magic: The Gathering was the first trading card game, with over 20 billion Magic cards produced between 2008 and 2016, and more than 20 million players as of 2015. Released in 1993 by Wizards of the Coast, Magic is both a digital collectible and collectible card game produced by Richard Garfield.

Certain cards in the game have monetarily valuable due to their rarity in utility and production in gameplay, with prices ranging from several cents to thousands of dollars.

Andrey spent the last 2 years of his high school career cutting class and spending all day at the card shop, that, ultimately, defaulted his chance at a diploma. Reynad said:

“Things were pretty bad at home around that time.”

”I was missing two years of credits. But I did an online class and got those credits in like two weeks. I kind of wish I did that from the start.”

When he was 18, Andrey left home and continued with gaming, before later starting to stream Magic: The Gathering on Twitch, a live streaming video platform owned by Amazon.

By the end of 2012, he became one of the game’s top streamers. During an interview, Yanyuk declared:

”I have a really massive ego. It’s something I’m aware of, but you can kind of channel it the right way once you’re self-aware.”

“It’s one of the reasons I wanted to stream on Twitch. I didn’t think it was the career that would make me the most money or anything, but the platform clicked with me. I saw Twitch as the next evolution of YouTube, and a way to get validation from strangers.”

Unfortunately, Andrey was suspended on Twitch, and then temporarily banned for 18 months for cheating during a game. He said:

”Before the ban, I was already talking about retiring and stopping. You’re not meant to play any of those games for that long.”

“When the suspension came along, it didn’t really affect me that much. I just saw it as a good time to take a step back. I would’ve moved to Hearthstone regardless.”

In 2010, Reyand created his YouTube channel, where he started posting gaming videos. As of 2017, Andrey has more than 127,000 subscribers along with over 36 million views.

In May 2014, he formed Tempo Storm, an American eSports organization, that started out as a professional team focused on “Hearthstone.”

As owner and CEO, Andrey reduced the amount of time he dedicated towards streaming and professional competition in order to properly grow and develop Tempo Storm.

Over the next few years, Tempo Storm would expand to other video games, including:

Some of the “Hearthstone” players Andrey’s been able to sign on the team include the following:

Despite having a reputation as one of the unluckiest tournament players, Andrey is still well-accomplished, winning multiple online tournaments such as Battle of the Best as well as placing top 4 in Dreamhack (the world’s largest LAN party and computer festival).

He became a meme within the growing community after his invention of numerous deck archetypes, including an infamous deck called “zoolock.”

When asked about what is his process for testing decks, Yanyuk responded:

”I get an idea in my head and play a million games on ladder with it. If I feel like it has potential I keep tweaking it.”

”Nine times out of ten it’s not good enough, but occasionally a deck will go undefeated for an absurd number of games, at which point I play it up to top 5 Legend and consider it a success.”

When asked about his favorite deck to play, Andrey said:

”It changes often, but I have the most fun playing Handlock, Zoo, Control Warrior, and Tempo Rogue.”

Yanyuk earned most of his wealth from streaming on Twitch, advertisements on his YouTube channel, sponsors, and prizes for playing professional tournaments.

For example, Andrey has been crowned the winner of events such as – Legendary Series Season 2 or Lord of the Arena 1. Yanyuk is also the owner of the eSports organization Tempo Storm that has a net worth which is estimated at $44.5 million.

In addition, he owns a website – tempostorm.com, on which he sells merch. Therefore, Reynad has an estimated net worth of $2.75 million.

READ THIS NEXT: Famous Swedish Actresses