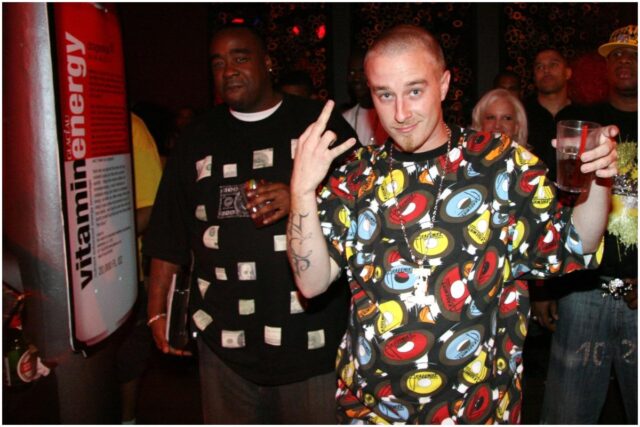 What is Lil Wyte’s net worth?

He’s also part of the rap collective known as Hypnotize Minds Posse—considered defunct as of 2012—and the owner of his own independent record label: Wyte Music.

Lil Wyte is affiliated with some major Hip Hop names who hail from Memphis, Tennessee. Juicy J, the late Lord Infamous, Project Pat, and DJ Paul, have all been associated with Lil Wyte.

Lil Wyte was born in Frayser, a north Memphis suburb in Tennessee, on October 6th, 1982.

Lil Wyte—whose real name is Patrick Lanshaw—grew up in Frayser, where he and his friends were exposed to Hip Hop culture and a love of rap music.

From a young age, Lanshaw loved rap—and one of his major party pieces as a kid was rapping Sir Mix-a-Lot’s classic, Baby Got Back, from start to finish.

He went on to get involved in freestyle battles when he was in the ninth grade.

High school was a struggle for Lanshaw, who ended up dropping out—but not before one of his friends dubbed him Lil Wyte.

That same friend, a rapper known as Lil Black, also inspired Lil Wyte to try his hand at writing raps.

The pair have four kids and two dogs and live in Memphis, Tennessee.

He eventually returned to school part-time to earn his high school diploma.

Love What You Do

Once the rap bug bit, Lil Wyte knew that rapping was what he wanted to do forever.

He joined a local Memphis rap group—the Shelby Forest Click—and they made a demo tape.

Three 6 Mafia—who have been nominated for multiple Academy Awards, BET Awards, American Music Awards, and MTV Music Video Awards—signed the young up and coming rapper and guided him to produce his debut album.

Around this time, Lil Wyte’s new connection with the big players got him a collaboration with Project Pat on Crash da Club.

Following the success of Doubt Me Now in 2003—with the hit songs Oxy Cotton, My Smoking Song, and Acid—Lil Wyte went on to produce an extensive library of music:

When the opportunity to pen the lyrics to It’s Hard Out Here for a Pimp was offered to Lil Wyte he turned it down, since he couldn’t relate to the idea of being with multiple women.

He had been in a long-term, stable relationship with the woman who would eventually become his wife in 2019.

A Brush With The Law

In 2012, Lil Wyte was arrested in Clarksville, Tennessee for drug possession and DUI.

In 2016, he was arrested again after failing a sobriety test in Bartlett, Tennessee.

In the days following a gig Lil Wyte did in Detroit, Michigan, the Tennessee rapper claimed he had been drugged with GHB—also known as 4-Hydroxybulanoic Acid. GHB is commonly referred to as the date rape drug, and can cause drowsiness, unconsciousness, and even death.

Rap might be Lil Wyte’s passion—and the hustle that puts food on the table for his family of 8—but he’s got a pretty interesting side hustle going, too.

The strain—aptly named OG Wyte Kush—is available in 11 states, and is an indica-dominant strain.

Lanshaw earned most of his wealth from selling copies of his album, which include – Croptober, Memphis Legends, Still Doubted?, No Sick Days, B.A.R. (Bay Area Representatives), The One and Only, and Doubt Me Now.

On YouTube, Wyte has over 118 million views–about $360K in revenue.

Therefore, American rapper Lil Wyte has an estimated net worth of $700,000.

Lil Wyte is notorious for turning down press interviews—but you can catch a pretty funny one right here!

READ THIS NEXT: Who is Haystak?