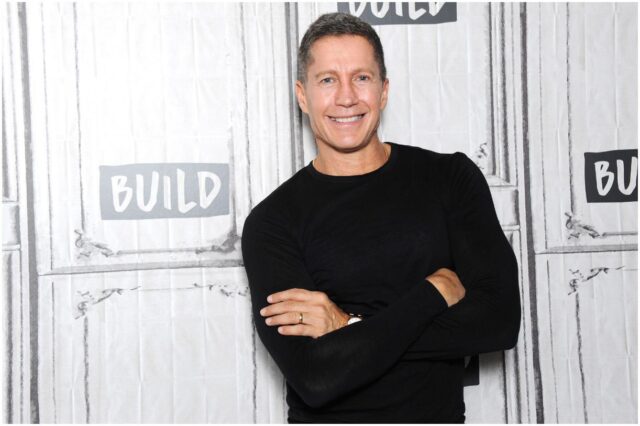 Bruce Bozzi Jr. is an American restaurant owner and the executive VP of Palm Restaurant Group, who owns The Palm, a New York City steakhouse.

He is the grandson of Pio Bozzi, one of the founding owners of The Palm restaurant in Manhattan.

The Bozzi family originated in Italy.

The original name of The Palm was La Parma, but with Pio Bozzi’s thick accent, but a clerk at the city licensing department misheard and the name of the restaurant became The Palm instead.

His father is Bruce Bozzi Sr. ”I was never a boy’s boy, never athletic,” he said about his father. ”My dad and I didn’t really connect. I was closer to my mom.”

Bruce went to the University of Southern California.

He had become the Vice President and Business Executive of Palm Restaurant Group, an American fine-dining steakhouse that was opened in the 1920s by John Ganzi and Pio Bozzi, according to NRN.

Bruce has worked in every management position within the company.

The Palm filed for bankruptcy in March 2019, after Claire Breen and Garry Ganzi, grandchildren of the founders, won a lawsuit against Bruce Bozzi Sr. and Walter Ganzi Jr.

Claire Breen and Garry Ganzi argued that royalties (they were paid a flat rate of $6,000 per year) that they received should have been based on a percentage of sales, reported Eater.

Consequently, The Palm steakhouse was put up for sale.

”Today is emotional. My best friend is stepping away from The Palm after 35 years and a lifetime of memories. ”

After the sale, Bozzi Sr. and Ganzi Jr. remained ambassadors for the company.

He was featured in the reality TV show named – ”Cooking with Bruce,” which runs on YouTube.

They discuss topics such as their careers, the entertainment industry, family, and lifestyles.

Bozzi’s podcasts are available on Apple Podcasts, Spotify, SoundCloud and on SiriusXM.

”In Catholic school, by sixth or seventh grade I knew I was attracted to boys, and there was some bullying going on.”

”Though we’ve been married in our hearts for years today The State of California made us legal!”

Note – Bryan Lourd is the director and co-chairman of the Creative Artists Agency. In 2011, Bryan was elected to the board of trustees of the LA County Museum of Art. Bryan Lourd has a net worth of $55 million.

Bruce and Bryan started seeing each other back in 2006.

From 1991 to 1994, Bryan was in a relationship with Carrie Fisher, an actress who is best known for playing Princess Leia in the Star Wars series. She was nominated twice for the Primetime Emmy Award for Outstanding Guest Actress.

Bryan and Carrie Fisher have a daughter, actress Billie, who was born in 1992.

After Lourd left Fisher for a man, Carrie said to her daughter:

”Your father’s gay, your mother is a drug addict and manic depressive, your grandmother tap-dances for a living and your grandfather took speed.”

Bozzi became the stepfather to Lourd’s daughter, Billie Lourd, an actress known for her roles in the television show American Horror Story and the Star Wars franchise.

Bozzi is good friends with Demi Moore and Anderson Cooper.

Bozzi Jr. earned most of his wealth from working as the Vice President and Business Executive of Palm Restaurant Group.

Bozzi’s acting credits include a small role in the 1992 Steven Segal film Under Siege as a naval pilot.

For future plans, Bozzi is the co-founder of Mujen, a new liquor company that will be launching in January of 2022. Mujen liquors advertise they are carb-free, gluten-free, sugar-free, and heart healthy.

Originating in Japan, these liquors have been scientifically handcrafted to provide a healthier option to most of the mainstream liquor choices available today.

Therefore, Bruce Bozzi has an estimated net worth of $2 million.

READ THIS NEXT: Who is Dan Bongino’s wife?