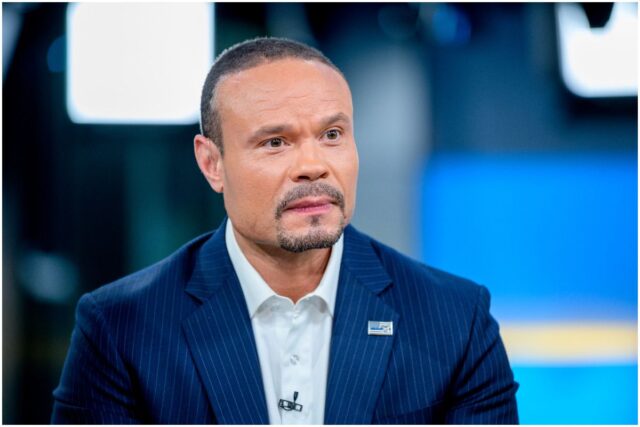 What is Dan Bongino’s net worth?

Bongino also made three unsuccessful bids to serve in Congress.

Dan is of Italian ethnicity.

His mother married a heavyweight boxer who stood over six feet tall and weighed 300 pounds after she divorced his dad. Dan left home when he was 16.

Dan earned both a bachelor’s and a master’s degree in psychology from Queens College.

In 1999, he started to work as a US Secret Service agent.

Bongino had become an instructor at the Secret Service Training Academy in Beltsville, Maryland, in 2002.

Dan was assigned to the U.S. Presidential Protection Division during George W. Bush’s second term. He also served Barack Obama until May 2011.

Bongino said about his time in the Secret Service:

”I didn’t just like being a Secret Service agent, I loved it.”

In 2014, Dan ran for the US House of Representatives seat from Maryland’s 6th Congressional District. Bongino lost to Democrat John Delaney by two percentage points.

In 2016, he placed third while running for the United States Senate and Florida’s 18th congressional district.

In 2020, Bongino was diagnosed with Hodgkin’s lymphoma, a type of cancer that develops in the lymphatic system.

”Dan hits all of the crooked points of the greatest Witch Hunt in political history. Nevertheless, the Scam continues!”

Dan started his YouTube channel on October 7, 2013, on which he uploads his podcast.

”My wife and mother in law are immigrants from Colombia, and are die-hard Trump supporters.”

”Our immigration policy is suicidal. And that is not hyperbolic.”

”Being a Secret Service agent, I have an obligation not to disclose personal conversations and security details.”

”We live in the United States of America, the freest country in the history of humankind.” (CNS News)

He is a member of Saint John the Evangelist Church.

Dan has called the investigation of the Russian interference in the 2016 US elections a “total scam.”

In 2019, he filed a $15 million defamation suit against The Daily Beast by reporting he was dropped by NRATV. Bongino said for Fox News:

”I gave them the opportunity multiple times, asked them on Twitter to correct it – they refused.”

”I was offered to stay, I was not dropped. I did not return by choice, I left… that story was false.”

Bongino earned most of his wealth from working for NYPD, Secret Service, hosting his podcast, ads on his YouTube channels, providing expertise on political strategy and international security for news outlets such as CNN and Fox News, and selling merch.

In addition, Bongino makes money from selling his books, like – The Fight: A Secret Service Agent’s Inside Account of Security Failings and the Political Machine and Life Inside the Bubble.

At some point, Dan and his wife operated three businesses from their home. Until December 2018, Bongino was a paid contributor to NRATV.

Therefore, political commentator Dan Bongino has an estimated net worth of $7 million.

READ THIS NEXT: Who is Brandon Farris?