Christmas Abbott is an American CrossFit athlete who is best known for being the first woman to be a participating member of a NASCAR pit crew.

Her life’s motto is:

“Every day you wake up with the opportunity to change your life.”

Her mother Barbara is a US Army veteran.

At the age of 13, she and her sister were involved in a car accident that left her sister in a coma.

After high school, she tried to enroll in the US Army, but she got rejected.

At age 22, Christmas joined her mother as an Iraqi contractor. There, Abbott discovered the sport of CrossFit.

In December of 2013, Christmas became nationally ranked as an Olympic lifter at the American Open.

Also in 2013, Abbott was invited to become the first female Pit Crewmember in the famed NASCAR. 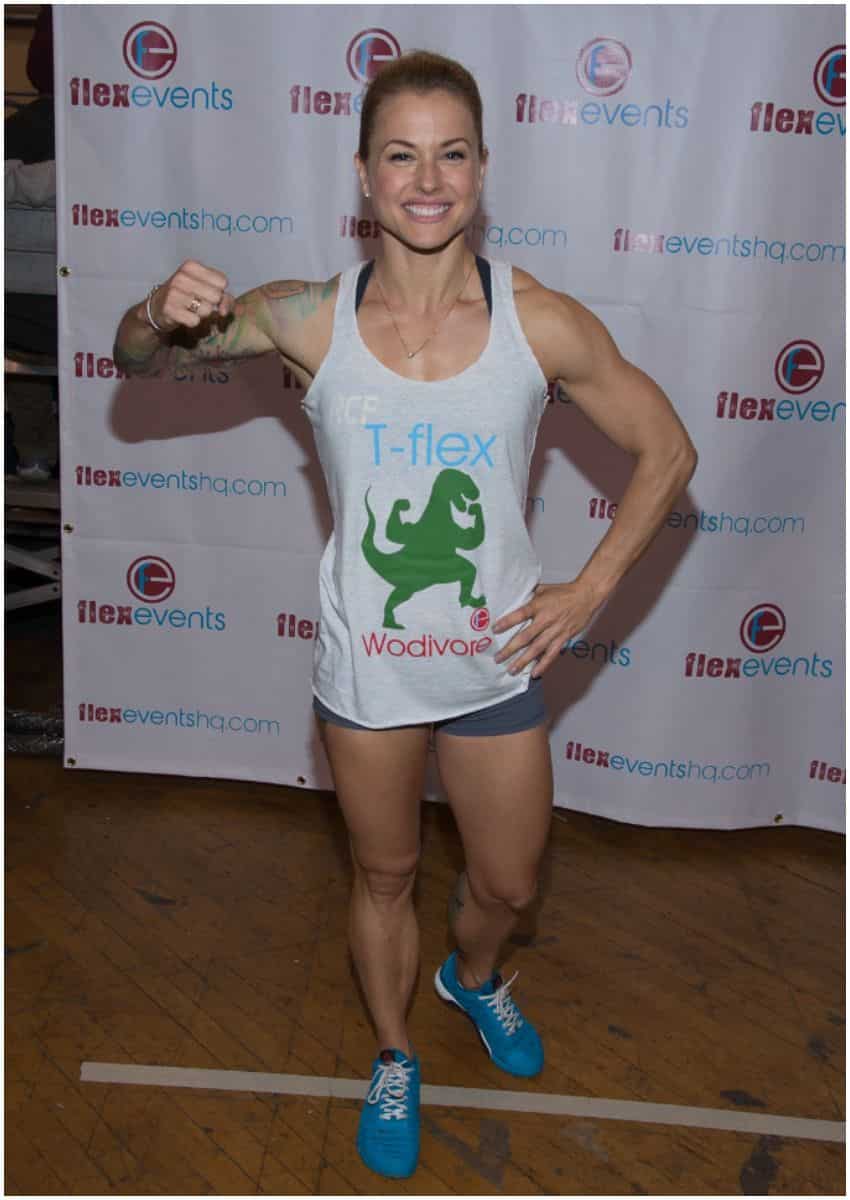 In 2017, she joined Big Brother 19. She finished in third place on the reality TV series.

In May 2015, Abbott released her first book, called – ”The Badass Body Diet: The Breakthrough Diet and Workout for a Tight Booty, Sexy Abs, and Lean Legs.”

In the book, she wrote about how to:

This book is actually her month-long-program to help you achieve a heightened sense of self-worth as well as a higher quality of life.

In 2014, she was engaged to Josh Holmes, a photographer. They later split up.

On October 10, 2015, Christmas Abbott got engaged to Geoff Kercher. The couple had a planned wedding on September 3, 2017. The two also broke up.

In October 2017, Abbott started to date Benjamin Bunn, a former Paratrooper and owner of a CrossFit gym. Bunn and Abbott first met during a charity event in 2016.

At the start of 2018, she got pregnant. During an interview, Christmas said about Benjamin:

“We have the same goals and aspirations for this, and that is to be amazing parents, to have an awesome, healthy, loving relationship, and make this our own journey and not have to conform to traditional expectations.”

The couple broke up after Bunn cheated on her. In November 2018, she was charged with felony criminal mischief. According to the police report:

“[Abbott] came to the gym to confront her child’s father’s romantic partner. Once there, she threw a coffee cup and caused a scene.”

The police officer asked Christmas why she took out her anger on the car of Bunn’s new girlfriend. Abbott responded that if Benjamin’s car was there, she would have struck it instead.

She was 8 months pregnant at the time of the alleged attack. The police officers didn’t arrest her, however, they seized her car.

Christmas and Benjamin had been out of contact since August 2018.

In May 2019, she pleaded guilty to a reduced charge of misdemeanor criminal mischief charge for the altercation involving the new girlfriend of her former boyfriend.

According to reports, Abbott must complete an anger management class as well as pay $1,357.95 in restitution.

In addition, Christmas has been sentenced to 25 hours of community service and 12 months probation. 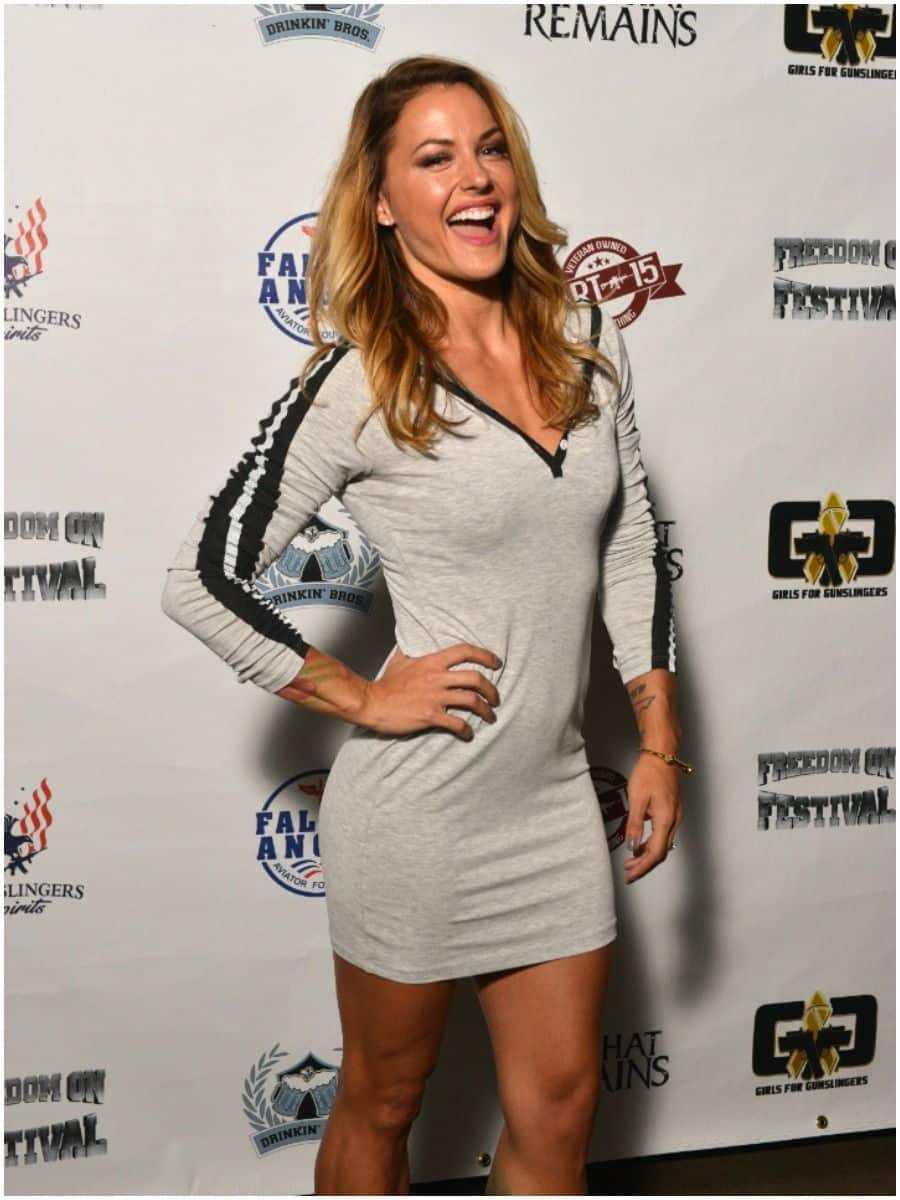 “Loyal is a big, healthy boy! He definitely looks like his mother.”

Abbott confessed about her baby naming process in an interview:

“My family has a history of strong and unique names so I wanted to follow suit.”

Christmas went on to say:

“I chose his first name Loyal because I believe it will guide him to have strong integrity through his life.”

“It’s a reminder that family comes first, which is why it is his first name.”

Later, Benjamin said for US Magazine:

“Unfortunately, I had very little contact with Christmas in the last few months of her pregnancy.”

“However, prior to that, we spent almost every day with each other for six to seven months straight.”

“I went to every doctor’s appointment, accompanied her for travel, moved furniture and did all the things that two caring adults do with and for each other.”

”You really need to eat breakfast upon waking up which jump-starts your metabolism.”

”Food is your foundation, and fitness is the accessory.”

”I can be super-efficient and productive with a high level of organization.”

Abbott has a gun tattooed on her hip “to remind her of the time she spent in Iraq.”

Abbott earned most of her wealth from being a member of a NASCAR pit crew, her gym, selling supplements on her website (bournrelentless.com), selling her books (especially on Amazon), and sponsored posts on her Instagram account.

Therefore, Christmas Abbott has an estimated net worth of $1.5 million.

READ THIS NEXT: Matt Mitrione Wife