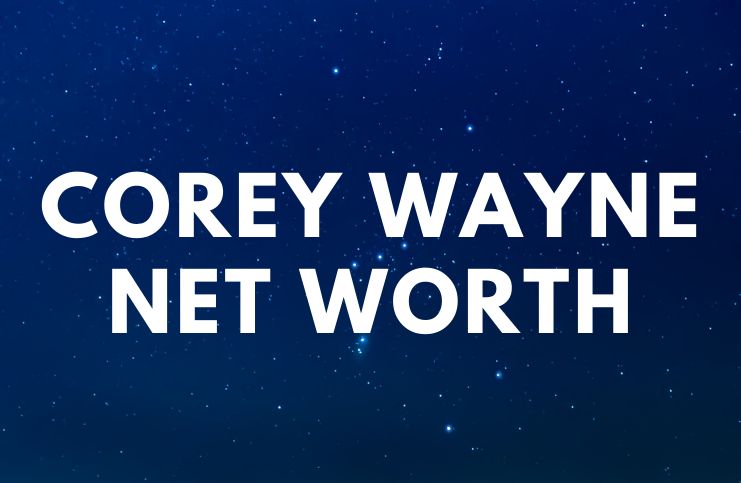 Corey Wayne is an American wellness and life coach who officially began The Corey Wayne Companies to focus on life coaching and speaking full-time in 2015. Wayne is best known for his inspirational speaking engagements, renowned brand of books, and recommended supplements.

He describes himself as someone who has a unique specialty of helping men to have an effortless relationship as well as to meet and date the type of women they have always wanted. He can also teach men how to get their wife or girlfriend back, and how to get a girlfriend.

During an interview, Wayne recalled:

”I came from very humble beginnings. When I finished high school I was trying to decide what I wanted to do with my life.”

”I had always been interested in buying, fixing, and reselling single family homes for a profit… I decided to major in Construction Management to learn how to build before starting my own business someday.”

In November 2005, he founded The Corey Wayne Companies.

In  2006, Corey had his first book published, titled – ”How To Be A 3% Man, Winning The Heart Of The Woman Of Your Dreams.” The book covers both the long term relationships and dating world.

Some of the things you can learn from this book are:

Note – it takes you step by step with easy to follow instructions. Also, the best part is you can do this while remaining who you truly are inside.

Here is a passage from the book:

”A relationship is an on-going joy of giving of yourself, and giving to your lady. It also means knowing who you are and what you want out of life, and when to walk away if you are not getting what you need to be happy.”

“The concepts I have taught you from the beginning of this book need to be applied throughout your dating and relationship life.”

”This includes having fun, listening to your lady and really hear what she is saying.”

On March 27, 2018, his second book ”Mastering Yourself, How To Align Your Life With Your True Calling & Reach Your Full Potential” was published.

Some of the things you can learn from this book are:

He has managed to keep his romantic life private, hence, there is no information whether Corey Wayne has a wife or a girlfriend.

Some of the ideas Corey advocates include the following:

Wayne earned most of his wealth from selling his books, especially on Amazon as well as on his website. In addition, Corey sells supplements on his website. Furthermore, Wayne is the owner of a company called – The Corey Wayne Companies.

Moreover, he has a YouTube channel, named – ”Coach Corey Wayne,” which has more than 415,000 subscribers and over 146 million views (which translates in $300,000 in revenue from advertisements). Therefore, Corey Wayne has an estimated net worth of $3 million.

READ THIS NEXT: Who is Dell Loy Hansen?