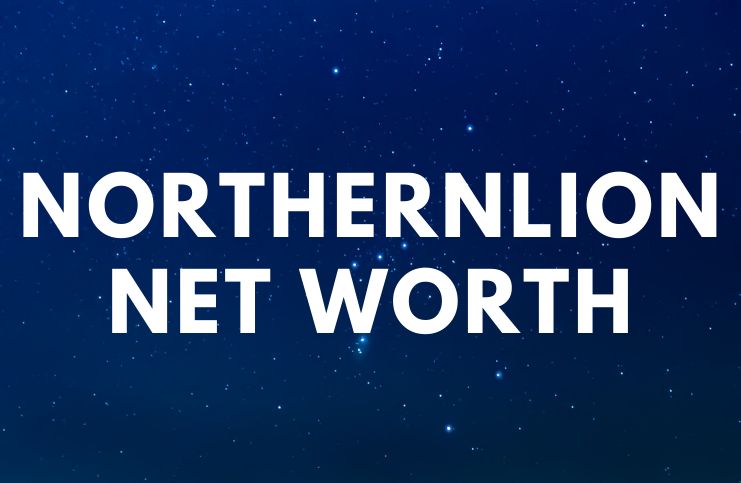 Northernlion (real name – Ryan Letourneau) is a Canadian a highly charismatic individual who is best known for his usage of a variety of idioms, puns, and vague references to pop culture as well as for his sharp wit and distinctive voice.

In addition, Ryan is a Let’s Play gamer who commentates on Twitch and his YouTube channel ”Northernlion.”

He was born on November 28, 1988, in Kingston, Ontario. Letourneau has a Bachelor’s Degree in Biology and an Associate’s Degree in Software Development.

Ryan worked as an English teacher for children in Daegu, South Korea for almost one year.

On the 30th of May, 2006, Letourneau started his YouTube channel. His channel has more than 816,000 subscribers. His most popular video is named ”The Binding of Isaac: Rebirth – Let’s Play – Episode 1 [Reborn]”, and has over 2 million views.

Letourneau has created web series by the names of:

The Binding of Isaac

The first episode was released on the 28th of September, 2011. It is the longest-running series on his channel, as more than 3150 episodes have aired.

Ryan hosts a triweekly live stream event on TwitchTV called the “Northernlion Live Super Show.” He created the NLSS on February 25, 2013. The show is still going, going for 6+ years.

JSmithOTI, RockLeeSmile, and CobaltStreak co-host the live stream with Ryan through Skype and later Discord, and in the past, other YouTubers, like – Hafu, michaelalfox, Brex, TotalBiscuit, Ohmwrecker, FlackBlag, and AlpacaPatrol have also joined.

At the start of every stream, Ryan typically spends the 1st-hour reading fan mail and discussing recent gaming-related news, and the other 2 hours of the stream playing other games. Common games were:

In October 2012, Letourneau moved across the country to live in Vancouver.

Ryan married Kate Letourneau, AKA LovelyMomo, in May 2014.

LovelyMomo is a Twitch and YouTube gamer known for playing games, such as – The Binding of Isaac, The Last of Us, and Destiny. On Twitch she has earned over 62,000 followers, whereas her YouTube channel has more than 83,000 subscribers.

The couple has two cats: Tomo and Ryuka.

On April 30, 2011, prior to the creation of the NLSS, Letourneau created a podcast with Michaelalfox (a full-time Twitch streamer) and later JSmithOTI.

Ryan had a pet hedgehog named Allegro, that as of 2013 has been sold. Note – the pet may have belonged partially to his girlfriend (now wife).

First mentioned in an episode of his Let’s Play of Cave Story, Ryan is afraid of deep-sea creatures, particularly tentacled creatures like jellyfish.

Letourneau posts an absurd amount of YouTube videos per day on Youtube, that can range from 5 to 8.

Ryan has been a partner with the Machinima Channel (currently owned by Fullscreen Media) and has posted a video series on that YouTube channel called Poison Mushroom.

Letourneau suffers from a really bad case of motion sickness, a common health problem in people traveling by train, car, airplanes, and particularly boats. The symptoms of motion sickness appear when the CNS (central nervous system) receives conflicting messages from the sensory systems:

The symptoms of motion sickness typically begin with a feeling of uneasiness followed by dizziness and cold sweats. Some suferrers may exhibit increased saliva production and pale skin along with fatigue and headache. Vomiting and nausea typically occur after these initial signs and symptoms.

Ryan once started a Let’s Play of Assassin’s Creed: Brotherhood, however, he had to abandon it after several episodes because of legal issues.

Assassin’s Creed: Brotherhood is a 2010 action-adventure video game that is set in an open world and presented from the 3rd-person perspective with the main focus on using Desmond and Ezio’s stealth and combat abilities to explore the environment and eliminate targets.

Letourneau earned most of his wealth from advertisements on his YouTube channel that has more than 843 million views (about $1.7 million in revenue), sponsors, and streaming on Twitch. His Twitch account has over 353,000 followers and more than 5.900 subscribers (they bring about $15,000 every month).

Moreover, Ryan sells merch through his website – northernlionlp.com. Therefore, Northernlion has an estimated net worth of $2.8 million.

READ THIS NEXT: Who is HotshotGG?