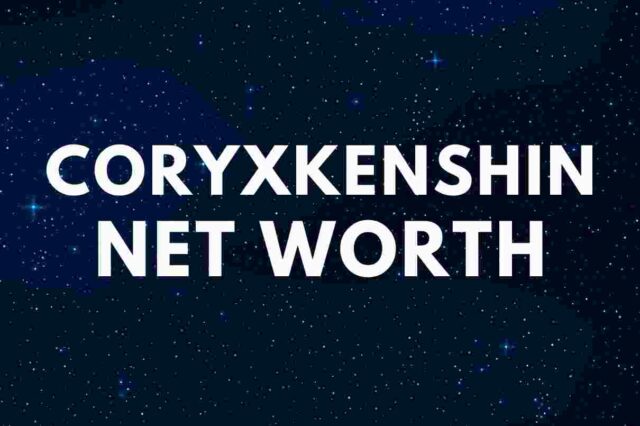 Williams has a younger brother named Anthony, who also has a YouTube channel — Certified AK — with over 119k subscribers.

It wasn’t until October 2013 that he began producing video game content. The first video game that he played is ”White Finger,” a short survival horror game.

Later, he started to play other games, including Amnesia, Super Punch-Out!!, and Mad Father.

In February 2016, he took a 2 months hiatus from YouTube.

In May 2016, he was involved in a car accident. ”Really traumatic experience today … of my life,”  Cory explained. He added: ”I actually fell asleep on the freeway, going with 50-70 miles per hour … I am shaking.”

In early 2018, Cory took another hiatus, this time for 4 months.

In 2019, he took a hiatus from all social media for nine months. Cory made his online return on April 3, 2020. In a video, Williams explained that he took trips to several parts of the world, including New York and Japan. Cory also said: ”There were indeed some times that the anxiety, and just me overthinking things really came down on me.”

His YouTube channel reached 5 million subscribers while he was on hiatus (October 13, 2019).

As of January 2021, Williams’ channel has more than 8 million subscribers.

There is no information about CoryxKenshin’s girlfriend.

In September 2015, one subscriber asked him: ”have you ever had a girlfriend?” and he responded: ”I had a girlfriend before … you know, she used to …” He wrote in the description of the video: ”most of the girls I’ve dated had to ask me out because I was scared.”

”Don’t let any person or thing distract you from growing and being a better you.”

”God, my Father, my Teacher, speaks to me always, and when I don’t listen, I know why things start feeling off.”

”If people badmouth me, don’t fight against them on my behalf.”

”If you don’t sing while you play Minecraft, don’t talk to me.”

”You’re not perfect, don’t put down anyone else.”

”Motivation is ever fleeting. Once you feel it jump on it immediately before it’s gone again.”

He has ectodermal dysplasia, a diverse group of genetic disorders. It causes him to have 24 teeth instead of 36. Cory explained in 2017: ”I have a genetic disorder called ectodermal dysplasia and in the entire world … about only 7,000 people have been diagnosed .. so, you know, I am one the unlucky 7,000 … thank God.” He continued: ”I was born with 24 teeth; humans usually have 32.”

Williams lives in his $415k house in South Lyon, Michigan. ”Nothing makes me more proud as a son than to be able to host my parents and siblings at my own house and be able to take care of them, just like my parents did for me,” he tweeted on July 9, 2018.

Cory doesn’t curse in his real life and in his videos.

Williams earns most of his wealth from advertisements on his popular YouTube channel and sponsors (like Ubisoft). On YouTube, Cory’s channel has more than 3.4 billion views, meaning about $7.5 million in revenue, before state taxes. He also has more than 54,000 followers on Twitch and 1.3 million on Instagram (where he occasionally publishes sponsored posts).

In addition, Williams earns money from selling t-shirts, hoodies, and accessories on different platforms, including his website – coryxkenshin (dot) com. Therefore, YouTube personality CoryxKenshin has an estimated net worth of $5 million.

READ THIS NEXT: Who is MatPat?