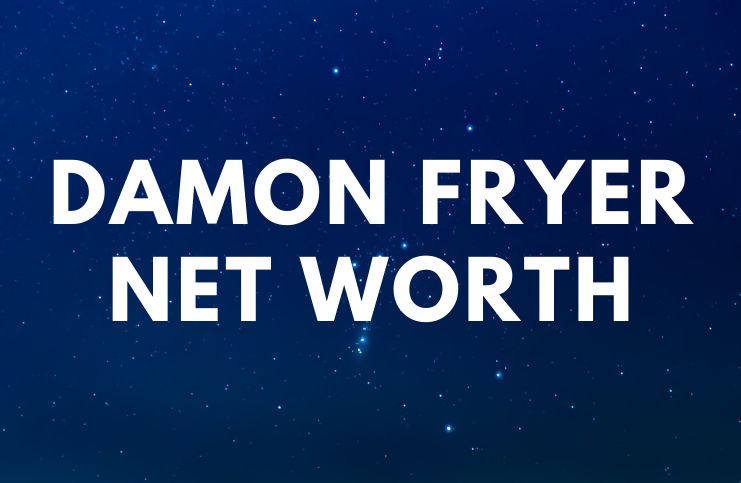 Damon Fryer is a Canadian social media and YouTube star who has earned massive popularity there for his autovlogging, which has included personal entries as a supercar connoisseur, racing, reviews, and stunt vlogs.

He was born on January 30, 1979, in Canada. He was exposed to an entrepreneurial mindset from an early age.

”My parents actually were in the hospitality industry.”

”They owned and operated a motel with a restaurant and RV park so I grew up in an entrepreneurial, self-employment type of environment.”

In 2012, he founded the Daily Driven Exotics brand.

His main aim with the Daily Driven Exotics brand was to create an aspirational lifestyle brand that combined action sports, exotic automobiles, and popular culture.

”I spend most of my time making videos for YouTube and then the rest falls in the order from top to bottom FYI.”

Damon has amassed over 2.47 million subscribers to his YouTube channel.

His most popular video is titled – ”BEVERLY HILLS POLICE USE UNLAWFUL INTIMIDATION TACTICS ON LAMBORGHINI OWNER.” The video was published on May 23, 2018, and it has over 16 million views.

”When you fall down in life make sure you get back up and have another run at whatever challenge you’re going to overcome.”

READ MORE: What is Tiffany “Monie” Cashette’s net worth?

”I will stay youthful in mind, body, and soul.”

”Performance when you need it and smoke when you want it.”

Damon named one of his Ferrari 458 GTR. The car was a show stopper as he attends many events with it. In 2016, he crashed it. The front end has almost disintegrated, and airbags have deployed.

READ MORE: What Happened to Tanya on Little Women: Atlanta?

He explains everything in his YouTUbe video entitled – ” CRASHED Ferrari 458 Liberty walk accident Monterey car week 2016.” Damon states that “everyone is ok” and he takes his time to show the extent of the damage.

In the YouTube video posted below you can see him just moments after the crash.

But the good news is everyone was ok and there were no severe injuries.

In 2017, he has accused a Victoria-based news station of misrepresenting his statements. During an interview, he said:

In 2018, thanks to Houston Crosta of Royalty Exotics of Las Vegas (a company that rents exotic cars), who lent him the keys to his Mansory Edition Bugatti Veyron, Damon was able to make this dream into a reality.

The “standard” Bugatti Veyron is powered by a quad-turbocharged W-16 making 1,000 horsepower. Only 270 examples of the original 16.4 Veyron variant were produced, however, for car enthusiasts with deep pockets who wanted to make it more exclusive, German car customization Masonry applied its exceptional tuning talents to a handful of Veyrons.

For the video, entitled – DRIFTING A BUGATTI VEYRON! *$40,000 Tires Destroyed*”, Damon destroys $40,000 Michelin tires by doing donuts and drifting with the car.

READ MORE: Who is DJ Pooh?

Fryer earned most of his wealth from managing his website dailydrivenexotics (it is only for subscribers), sponsors, and from his YouTube channel

On this platform, the money is made through sponsors, donations, and ads. There are two types of advertisements:

His YouTube channel has over 504 million views, that translate in about $1 million in revenue, before state taxes.

READ THIS NEXT: Behind the Artist: Guy Harvey