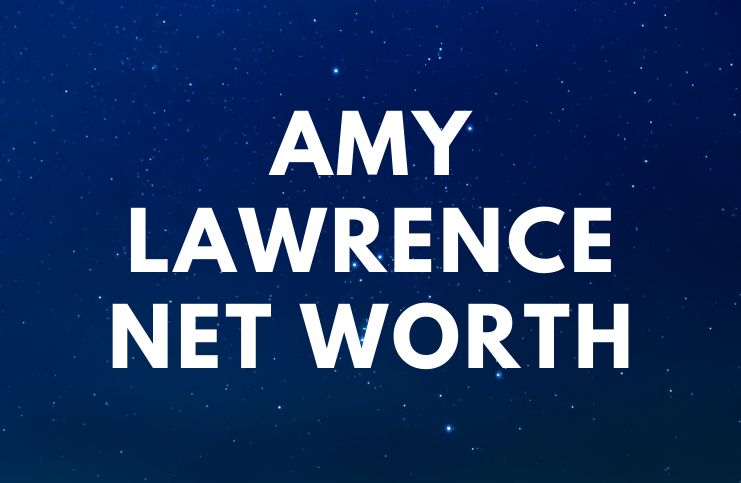 Amy Lawrence is an American sports broadcaster who worked for ESPN Radio. But, Amy is best known for being the host of ”After Hours with Amy Lawrence,” a late-night show on CBS Sports Radio.

She was born on April 7, 1973, in Los Angeles, California, United States of America.

Lawrence grew up in New Hampshire with her brother.

Amy has a master’s degree from Syracuse University and completed her undergraduate studies at Messiah College (a private Christian college).

Her first job was in Rochester. In her words:

”When I secured my first “real” job in Rochester, New York, I frequently drove east to get back home or west and south to visit Grandma in Ohio.”

”We didn’t have a lot of money, and I certainly wasn’t earning much in local radio, so my first four vehicles were all hand-me-downs.”

Amy spent 9 years at ESPN Radio (a flagship station which features the top national sports hosts from The World Wide Leader in sports) where she was also the first female in Oklahoma history to lead her own sports radio talk show. Interestingly, Amy was the only regular female host.

She said about her experience at ESPN Radio:

“I still felt like I stuck out like a sore thumb and that I was alone many times.”

In a different interview, Lawrence said:

”The locker room atmosphere meant constant jokes about sex and stories about sex.”

”While they didn’t necessarily offend me, hearing them from a bunch of men when I was the only woman often made me uncomfortable.”

On January 1, 2013, Amy started working for CBS Sports Radio, a sports radio network that is distributed by Westwood One and operated by Entercom.

She is the current host of CBS Sports Radio’s late-night program called, “After Hours with Amy Lawrence.” She said:

“I’ve been with CBS since January 1st of 2013, and I haven’t met another Christian in the workplace.”

The show can be heard weekdays from 2:00 – 6:00 AM ET across the entire United States on the nation’s largest 24/7 major-market radio network.

In 2015, Talkers Magazine (a trade-industry publication related to talk radio in the US) named Lawrence the only woman in its list of the 100 Most Important Sports Talk Radio Hosts in the United States.

”If you think multiple girlfriends in the same home is a good idea, then I can’t help you. But did Le’Veon never think to lock up the jewelry??? Hahaha. I’m trying to be sympathetic, but so far, I’m coming up short.”

”Meet someone for the first time and promptly spill water all over the table and all over me. Do I know how to make a first impression or what?”

”Compromise is often considered a dirty word, as though it undermines principles or waters down messages. But compromise is critical to successful communication, whether we’re talking about mass media or interpersonal relationships.”

”For better or worse, an athlete’s career may be remembered by one iconic or infamous moment. It’s the power of sports.”

”For me, my home is my haven. It’s my retreat from the world and the pressures of being a semi-public figure and hosting a national radio show. It’s where I find peace and calm and rest.”

”Mom was tired of serving as a taxi driver for me and my brother, so she instantly handed over the keys when I obtained my license. And I was immediately in LOVE!”

”The older I get, the more I realize that people are the only thing that matters in this life. Family, friends, acquaintances, strangers–there’s nothing more important than the people with whom we cross paths, whether it’s for years or only for a moment.”

”You’ll never catch me acting like my sports radio show is important. Entertaining, fun, goofy, informational, divergent, and energetic? Most of the time. But important? No.”

”There is an old, familiar adage: “Curiosity killed the cat.” Maybe it’s not entirely applicable to sports radio, but constant questions about who I am and what I do off the air threaten to wear out THIS cat, ha.”

”I believe sports are a microcosm for real life.”

”I ignore the comments that I should “stick to sports.”

”What are the keys to change for a league that apologized for not supporting its players?”

Amy is at the forefront of sports radio, not only due to her amazing abilities behind the microphone but also to the fact that she is one of the only women to host a daily talk show at a national level.

Lawrence earned most of her wealth from working at ESPN Radio and CBS Sports Radio. Her salary was not revealed to the public, but a radio host has an average salary of $75,000 per year.

In addition, Amy runs a blog of her own (Play by Play Day by Day with Amy Lawrence). Therefore, Amy Lawrence has an estimated net worth of $0.3 million.

READ THIS NEXT: Tiffany “Monie” Cashette Net Worth